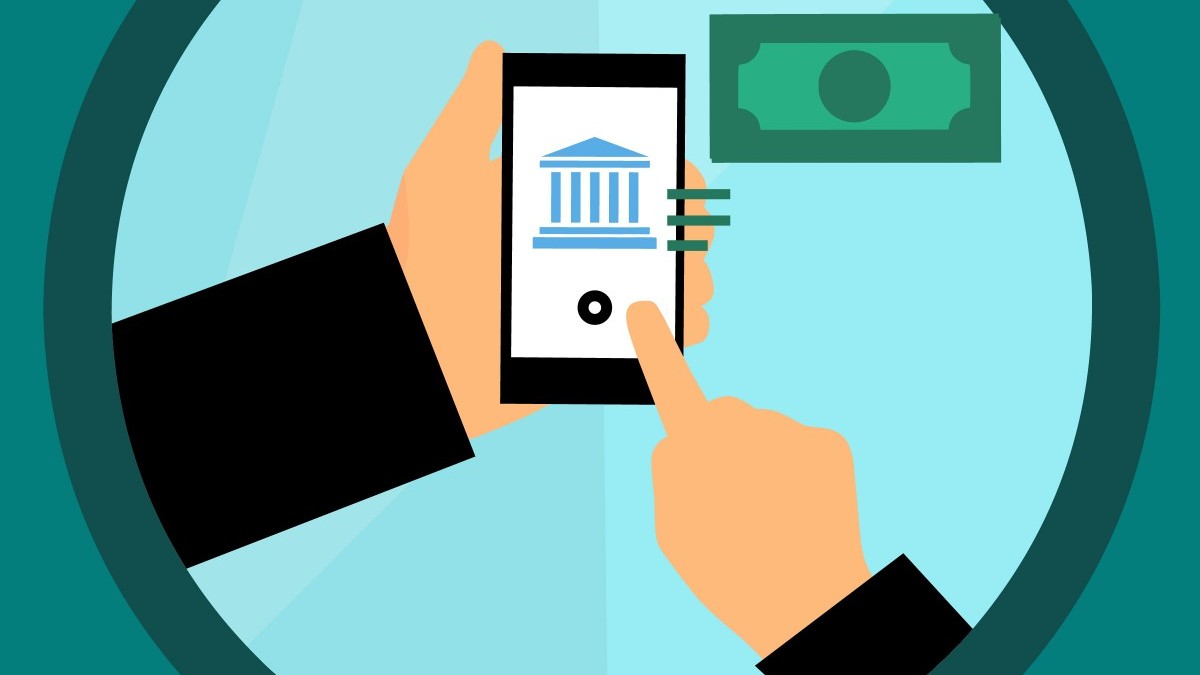 Adoption of central bank digital currencies (CBDCs) would carry a risk of undermining financial stability, according to the Bank for International Settlements (BIS).

BIS, which is owned by 62 central banks, has issued a report in conjunction with seven of the heavyweight central banks identifying the foundational principles necessary for any publicly available CBDCs to help central banks meet their public policy objectives.

Further work is going to be continued on the subject.

Our Reserve Bank, which is a member of BIS (though was not one of the banks involved in this report), has been doing its own work on the future of cash and has looked at the question of digital currency.

And the subject is given extra impetus at the moment by the announced intention of new Auckland-based private company P^werFinance to begin next year its own version of a digital currency.

In its highlighting of some of the risks, the report says that depending on the design and adoption of a CBDC, there may be broad market structure effects.

"There is a risk of disintermediating banks or enabling destabilising runs into central bank money, thereby undermining financial stability.

"Today, the public can (and have in the past) run into central bank money by holding more cash, but such runs are very rare, given the existence of deposit insurance and bank resolution frameworks that protect retail depositors," the report says.

"There is, however, a concern that a widely available CBDC could make such events more frequent and severe, by enabling 'digital runs' towards the central bank with unprecedented speed and scale.

"More generally, if banks begin to lose deposits to CBDC over time they may come to rely more on wholesale funding, and possibly restrict credit supply in the economy with potential impacts on economic growth."

The report says there has been a great deal of academic research on the risks of disintermediation, runs into central bank money and potential mitigants.

"Given designs and systems will differ by jurisdiction, so will the risk, which will require significant research by a central bank to understand.

"A central bank should have robust means to mitigate any risks to financial stability before any CBDC is issued," the report warns.

The report was compiled by the Bank of Canada, the Bank of England, the Bank of Japan, the European Central Bank, the Federal Reserve, Sveriges Riksbank, the Swiss National Bank and the BIS

It highlights three key principles for a CBDC:

Based on these principles, the group has identified the core features of any future CBDC system, which must be:

BIS says the group of central banks will continue to work together on CBDCs, without prejudging any decision on whether or not to introduce CBDCs in their jurisdictions.

The report says further development of CBDCs requires a commitment to practical policy analysis and applied technical experimentation. While this has already started, the speed of innovation in payments and money-related technologies requires the prioritisation of collaborative experimentation.

Future activities will include exploring other open questions around CBDCs and the challenges of cross-border payments, as well as continuing outreach domestically and with other central banks to foster informed dialogue on key issues. Work by the BIS Innovation Hub, which serves the broader central banking community, will contribute to this objective.

The report identified 14 core features a potential CBDC would need and these are in the below table:

Had to look up a couple words in this article...

Disintermediation = The removal of an organism that lives in or on an organism of another species (its host) and benefits by deriving nutrients at the other's expense.

Destabilizing = a state of affairs or an event that seems deliberately contrary to what one expects and is often wryly amusing as a result.

Financial stability has already been undermined following 40 years of debt pumping. Everyone and every country must have debt, lots and lots of it or the whole system fails! We are getting closer and closer to that point hence the growth of digital currencies, crypto and blockchain. The central bankers are merely playing catch up.

Yes. Sound money is partly why Bitcoin was created. Central bank digital currencies have nothing to do with 'sound money' though. They're not playing 'catch up' with that objective in mind.

Long words for Danger, There Be Dragons. The central banking system has already buggered the monetary system. They have encouraged bigger and bigger banking. They have severely degraded SME financing worldwide. They have encouraged speculation in houses and shares at the expense of building real businesses from the ground up. The BIS are well aware of this.

AEP has a good piece here, coming at it from a different direction:
https://www.telegraph.co.uk/business/2020/10/13/negative-interest-rates-...
Professor Richard Werner, a bank expert at Oxford University, said the outcome is progressively ruinous for Germany’s 1,250 savings banks and cooperative lenders, which rely on deposits from savers and have intricate ties with local business.

These banks account for 90pc of lending to small firms (SMEs). They provide credit for much of the Mittelstand engineering and machine tool family firms. Prof Werner said they are the lifeblood of the Wirtschaftswunder, arguably the reason why Germany has had such a successful industrial economy for over 200 years.

“What do negative rates do? They kill the banks. Smaller firms are being gradually frozen out of the lending markets,” he said.

Very correct. Sadly, there are still self-serving muppets out there, who still praise the RBNZ for inflating assets (the housing Ponzi in particular), disingenuously confusing the real NZ economy with the housing market. Some of them even justify the actions of the RBNZ by claiming that "well, this is what the other central banks have done, so it can't be wrong". Sad.

This would make complete sense. The eradicating of credit risk through centralized custodianship of money.

Why not make central banks available to consumers as deposit-only institutions? Why gift margin to private banks?
Banks can justify their existence through canny lending to sustainable businesses. If they can't or won't do that, they serve no purpose to society or the broader economy.

Good questions. Banks seem to be the mechanism and director of the whole move to neo-feudalism.

yet retail bankers are rewarded with high private sector wages (for doing what exactly?).

Arguably, retail bankers should be paid no more than civil servants considering the taxpayer is underwriting all this.

The majority of our currency already only exists in an electronic format which the reserve bank creates on a daily basis to finance the governments spending. Do our public servants get paid with envelopes of cash these days? We ourselves use this electronic currency all the time when we pay by eftpos and our savings in the bank are not backed by physical cash, they are purely electronic entries.

RBNZ had this to say :

We provide a Crown overdraft facility to help the Government manage short-term fluctuations in its cash flows. We temporarily increased the overdraft from $5bn to $10bn for a three month period to 1 July, to assist with the potential for some larger-than-usual changes in cash flows. The overdraft facility was utilised for a short period coinciding with the Government’s April 2020 bond maturity, and the account has since been replenished following the issuance of additional bonds and Treasury bills.

At the end of August the Crown account had a positive balance of $23.8bn.

All just semantics as the RBNZ and the Treasury are both on the same side of the balance sheet as Adrian Orr states here. https://www.stuff.co.nz/business/money/114923477/why-reserve-bank-govern...
The money doesn't exist in any real sense until it has been spent into the banking system when the government uses it to pays its bills.

Unfortunately the people behind P^werFinance have started off on the wrong foot starting with their white paper where they claim the currency's property is a 'store of value'. I made the point to Aaron MacDonald that the is not correct considering that it is not deflationary like Bitcoin. He conceded that I was correct; however I was surprised that such a glaring claim was made in the white paper.

Lol.... read - we cannot control (or print) digital currencies... and we don't like it

"The foundational principles necessary for any publicly available CBDCs to help central banks meet their public policy objectives." aka inflation, more currency and much more debt...

"There is, however, a concern that a widely available CBDC could make such events more frequent and severe, by enabling 'digital runs' towards the central bank with unprecedented speed and scale. More generally, if banks begin to lose deposits to CBDC over time they may come to rely more on wholesale funding, and possibly restrict credit supply in the economy with potential impacts on economic growth."

Hmmm... If only there was some way those banks could encourage savers to keep their deposits with the bank. Perhaps some kind of reward, possibly even monetary, for the use of their funds?

Time the money scene as we have used it for decades is shook up with some innovation on an international level. A new Bretton Woods is necessary. If National Digigal Currencies bring that about, like the much talked about Chinese DC, it is good. Cash as we know and Money as we know is due for a major review anyway.
Witness the futility of monetary policies practised by Central Banks till date, which has completely eroded the value of money and wealth, with the advent of negative rates, et al.
We should not be scared of innovation, but should learn to encourage and manage it.
It is the duty of Governments and Central Banks to do that for the good of the population, so let us Just Do It.

but such runs are very rare, given the existence of deposit insurance