Fourth drawdown made from RBNZ's Funding for Lending Programme; RBNZ plans to buy larger volume of bonds via its LSAP again this week as markets continue betting on rising inflation

Fourth drawdown made from RBNZ's Funding for Lending Programme; RBNZ plans to buy larger volume of bonds via its LSAP again this week as markets continue betting on rising inflation 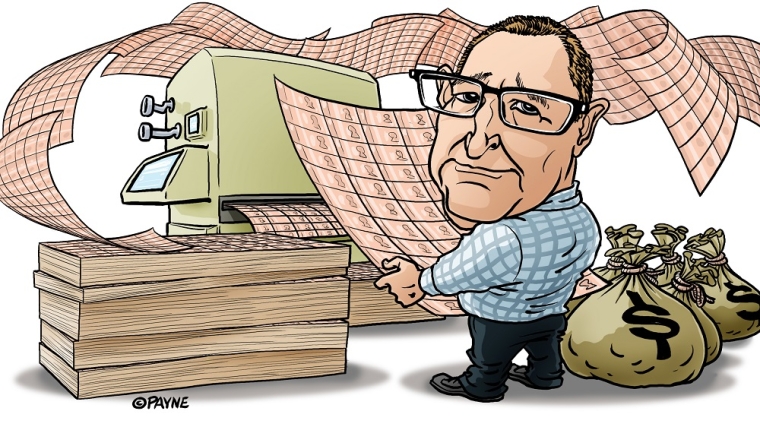 A fourth drawdown has been made from the Reserve Bank’s (RBNZ) Funding for Lending Programme.

An unnamed bank drew down $500 million on Friday.

The RBNZ has now created $1.64 billion to lend to banks at a low cost via the $28 billion scheme launched in December 2020.

The FLP sees the RBNZ make loans available to banks at the Official Cash Rate (OCR), which is currently at 0.25%.

The idea is that having access to some low-cost funding will help banks lower their lending rates, which will in turn help the RBNZ’s Monetary Policy Committee reach its inflation and employment targets.

Interest.co.nz asked the big four Australian-owned banks and Kiwibank whether they made the latest $500 million drawdown.

ANZ, Westpac and Kiwibank said no. BNZ said it didn’t comment on individual drawdowns and interest.co.nz is waiting to hear back from ASB.

Banks will be able to make use of the FLP until June 2022.

There are limits on the amount banks are allowed to draw down from the FLP, based on their size. But there are no rules around what banks can use FLP funding for.

It plans to buy $630 million of these bonds on the secondary market - the same amount it bought last week.

From February through to early March, the RBNZ was buying $570 million a week.

The up-tick in bond-buying comes as financial markets in New Zealand and around the world bet on rising inflation. This is pushing up bond yields at a time central banks want these yields to remain low and monetary conditions to remain loose to stimulate the economy.

Importantly, RBNZ staff are responsible for deciding how many bonds to buy week-to-week. They do this for operational reasons and to maintain market functioning. This uptick in bond-buying does not signal a change of stance by the Monetary Policy Committee.

For more on this, see this story.

Buy, buy, buy those bonds. Reserve Banks have to keep those asset prices rising, whatever it takes to make sure the next reset will be the big one. Don't look downwards if you don't have a head for heights, it's a long way back to trend from here:
https://www.advisorperspectives.com/dshort/updates/2021/03/03/regressio…

Yeah, it's pretty easy to tell they are really scared right now. This is something they probably never experienced before.

They are all really scared and quite right too. The level of debt back in 2008/9 was a mere blip and that nearly took down the world financial markets. Today, that blip has morphed into the biggest debt mountain the world has ever seen. The 2008 debt was a small auckland volcanic hill - The equivalent today would be Mount Everest. Crack up boom stage for sure but most think it’s normal and nothing to worry about!

Orr is just the NZ puppet of Powell at The Fed. They (western central bankers) all go up to Jackson’s Hole to get their instructions from the overlords.

Totally agree! But most people just have no idea.

The very essence of current and future NZ economic predicament... inability to cull on Banks behaviour & their excessive profit taking measures. Any NZ govt & RBNZ, can only do what the the retail Banking requested.
In old days, every Banks are all ears listening to the CB announcements, Now? CB is the one that follow them..have a look about the recent OCR, LVR etc. - The cartel is too afraid if the vertical limit being reached.
After all, how many drug dealers expect their customers to be dead?.. nope, come generational enslavement.

Reducing rate environments tend to reduce banks lending margins and therefore decrease bank profitability. Banks want an increasing rate environment to drive profitability. That's why the returns to shareholders of major banks has remained at about the same level since the end of the financial crisis. Their lending portfolio has blown out but they are failing to maintain margins.

In effect they have just been accumulating risk heavily focused in the retail mortgage sector. That's fine unless there is an increase in loan defaults (typically a crash in housing or swing in unemployment.) The "house of cards" that existed before the financial crisis is nowhere near as large as it is now. You could argue lending standards are a little tighter but the level of debt households are in only just leaves many households with their noses above water.

But there are no rules around what banks can use FLP funding for.

The FLP term sheet explicitly states the RBNZ is engaging in a repurchase agreement with banks - the banks sell investment securities (NZGBs & RMBS etc) with a liability to repurchase them from the RBNZ in three years time at a cost determined by OCR, plus any haircut.

Furthermore, banks retain their original economic stake in the sold securities because of the contract to repurchase them.

This is set out here - accounting diagram Exhibit 2 (secured borrowing).

This giving of free money to the banks that is Tax payer funded to then have them lend that to me at interest? This has to end and this will be messy. Gnashing of teeth will occur.

Freed from the physical constraints of actually holding cash, Basel essentially moved reserve requirements from the asset side of the banking system’s balance sheet to the liability side. Banks were no longer limited to multiplying credit from their reserves of national currency on hand. They could now produce credit and deposits from their store of equity capital. And a large segment of equity capital is retained earnings, meaning banks could multiply their own ability to create credit and leverage through using leverage on their own profitability. The status quo of the banking system has become one in which banks themselves control the levers of money creation – it is the wildest fantasies of the banking system come true.

But in depending so much on leverage, the banking system has become overly dependent on collateral. Collateral provides the lowest cost short-term operational funds while at the same time, depending on the particulars of each class of collateral, affords a reduction in the equity capital charge via regulatory definitions of “safety”. A repo transaction for a bank is a collateralized loan where a bank can fund assets at that lowest cost. In terms of the overall quantity of those assets a bank can ultimately hold and turn into profits, the securities that adhere to regulatory definitions of safety lead to the lowest capital reserve charges, and therefore provide both regulatory and funding leverage.

This accounting trick of regulatory safety meant financial innovation was needed to not only transform risky assets, but to mass-produce them as “safe”. Securitization of mortgage debt was one innovation widely used to create AAA-rated securities that were readily accepted as low haircut repo collateral, while at the same time using up as little equity capital as possible. The interest rate paid by the underlying mortgages and the traditional concept of risk/reward were secondary and tertiary considerations to how much leverage could be obtained and applied. Quality of assets was hardly considered in the pursuit for ultimate quantity. Link

It amazes me that the RBNZ does not identify the bank(s) to which it provides lo-cost 'funds for lending'. It's pretty basic information.

When is the RBNZ going to realise that artificially low interest rates isn't generating inflation?! It's just creating financial instability via overvalued asset prices. Let's face it, their one trick doesn't work.

But it worked so well 20 years ago, why doesn't it work now??

When the fundamentals change, most people adapt and change with them. Central bankers... NOPE! The system MUST conform to our thinking. We will MAKE IT conform if we have to, because we control money! (oblivious to more fundamental issues that they are trying to paper over, see most posts by PDK).

So to sum up.... the 19 comments on this article clearly state that we are in a right blo*dy mess. Central bankers are in survival mode trying to solve a massive debt problem with even more debt while trying to convince all the sheeple around the world that there is “ nothing to see here”. Interesting that there are only 19 comments on this article though. Compare that to the average property article with 200+ comments. To me that is screaming that the majority think what is happening is normal and nothing to worry about. We were ok after the GFC so we’ll be ok if we get GFC 2. Talk about blinded by our own success!

So, we have 10%+ inflation in our most basic human requirement to have a roof over our heads and apparently, regardless of a good education, we are dumb enough to listen to the RBNZ's inflation target of less than 3% approximately. Surely we are better than this!