'The world needs a corporate tax system that is fit for the digital economy and benefits developing and developed countries alike'
22nd Jan 19, 9:28am
by Guest 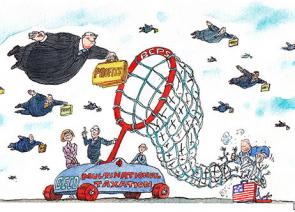 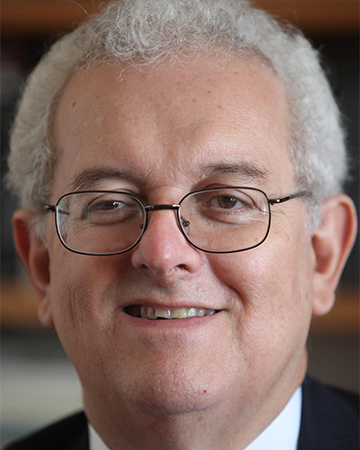 At first glance, it appears to be a bureaucratic meeting like any other. But the discussions at the OECD in Paris at the end of this month are of the utmost importance, because the world’s richest countries will present new proposals for taxing digital multinational companies such as Google, Amazon, Facebook, Apple, Netflix, and Uber.

Back in 2012, when scandals related to tax-avoidance schemes by Apple, Amazon, and Google unleashed public anger and forced the G20 to act, the OECD was called on to reform the international corporate tax system. That led, three years later, to a package of reforms known as the “Base Erosion and Profit Shifting” Project, or BEPS. The reform process was led by OECD countries and opened up to developing countries only after this initial package was unveiled. Today, 125 countries are involved, forming a group called the “Inclusive Framework.”

BEPS was undoubtedly an important step toward tackling some of the most egregious tax-avoidance strategies used by multinationals. It initiated, for example, the sharing among tax authorities of country-by-country reports on these companies’ profits and tax payments. Unfortunately, however, this norm will apply only to very large multinationals, and the reports will not be publicly available, depriving civil society of an essential tool of transparency.

Furthermore, BEPS failed to reach the root of the problem: companies are still permitted to move their profits wherever they want and to take advantage of very-low-tax jurisdictions. Google, for example, moved €19.9 billion ($22.7 billion) through a Dutch shell company to Bermuda in 2017, and in the same year Facebook paid just £7.4 million ($9.6 million) in corporation tax in the United Kingdom, despite generating £1.3 billion in revenue there.

Multinationals can do this legally by using so-called transfer pricing: a parent company sets the prices of transactions among its subsidiaries to guarantee that profits are registered in low-tax countries, rather than where the economic activity that generated the profits actually occurred. For example, Vodafone, the first big multinational to publish country-by-country data voluntarily, revealed that nearly 40% of its profits for 2016-17 were allocated to tax havens, with €1.4 billion declared in Luxembourg, where the company is taxed at an effective rate of 0.3%.

Tax avoidance can be found in all economic sectors, but digital companies best demonstrate how outdated the current international tax system is. Because these companies’ marginal cost of production is zero, the revenue accruing to them is equal to a rent, and it is therefore important to tax this rent effectively. And, contrary to what these companies’ leaders claim, this taxation would not negatively affect the supply of digital services.

The Independent Commission for the Reform of International Corporate Taxation (ICRICT), which I chair, believes that the BEPS process has achieved what it could, given the political muscle of big corporations and the army of lawyers and accountants who have a vested interest in maintaining the status quo. In our latest report, we take stock of what has been achieved and highlight what should happen in the next phase of reform, “BEPS 2.0.”

The upcoming OECD meeting will be decisive in this respect. For the first time, the OECD will present to the Inclusive Framework, including developing countries, the outlines of the BEPS 2.0 plan and its vision of a deeper transformation of the tax system in response to the challenges posed by the digital economy. It is a unique opportunity for all 125 governments in the Inclusive Framework to urge the OECD to repudiate transfer pricing and move toward a fairer and more effective system.

The lack of consensus so far on how to tax digital multinationals has led numerous countries to implement (as India, Italy, Spain, and France have done) or promise to implement (in the case of the United Kingdom) turnover-based taxes as a stop-gap measure to raise revenue. But unilateral action is not enough.

The ICRICT supports all discussions that move toward unitary taxation of multinationals, which would eliminate multinationals’ use of transfer prices to shift profits, because their global income would be consolidated. Global profits and associated taxes could then be allocated geographically according to objective factors such as the company’s sales, employment, resources, and even digital users in each country. We also strongly support the introduction of a global minimum effective corporate-tax rate of between 20% and 25% on all profits earned by multinationals.

The overriding priority now is to establish an international corporate tax system fit for the digital economy. The OECD BEPS process was essentially conceived by developed countries for developed countries. In Paris this month, developing countries must understand what is at stake and make their voices heard, to ensure that any new proposal benefits all.

José Antonio Ocampo is a board member of Banco de la República, Colombia’s central bank, professor at Columbia University, Chair of the UN Economic and Social Council’s Committee for Development Policy, and Chair of the Independent Commission for the Reform of International Corporate Taxation. Copyright: Project Syndicate, 2019, and published here with permission.

Well I hope you can manage to tax these ba**ards more.

There have been calls for it for years. But nothing really seems to happen.

As you say, must be hard with their armies of lawyers and deep pockets.

Needs to be done though.

FTT. required.
Scrap all the rest and have just a Financial Transaction Tax.

Only downside is, no more need for accountants, this is the perfect tax in the digital and soon to be cashless age.

Easy to capture. Tax the bank $x multiplied by the number of transactions in a year. Leave it up to the bank to recoup from their customers.

Much easier to enforce taxation through a handful of financial institutions than it is to chase up thousands of contractors doing cash jobs. As soon as they deposit it in the bank then it’s captured.

Well no, it would still have to be a percentage, not a billing per transaction, could make your Jelly Tip that you use your eftpos card to buy pretty damned expensive. Has to be a percentage, and even a small percentage could negate the need for just about any other tax. Winning

Ah brain fade yes a percentage. What if it was a floating rate? They could jack it up just before Christmas for extra LOLs.

Hmmm, if the OECD gets this implemented the P/E ratios of some rather large companies is going to take a dive. Might not be a good time to be investing in the FAANG stocks.