Jim Bolger, PM in the 1990s, reflects on the 'failure' of neo-liberalism, inequality and race relations in the third part of RNZ's 9th Floor series

Jim Bolger, PM in the 1990s, reflects on the 'failure' of neo-liberalism, inequality and race relations in the third part of RNZ's 9th Floor series
14th May 17, 7:57am
by Guest 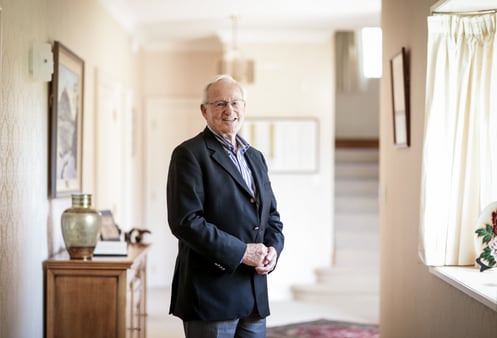 I think Jim Bolger might be about to spark a debate. Two debates actually. One on our economic settings and the other on race relations. He says neoliberalism has failed and suggests unions should have a stronger voice. He says Treaty of Waitangi settlements may not be full and final and that Maori language tuition should be compulsory in primary schools.

It was striking, sitting in Jim Bolger's Waikanae home for the third episode of The 9th Floor, just how many of the issues he grappled with in the 1990s are still alive and being debated rigorously today. Adding to that sense of history was the fact that John Key resigned while we were discussing with Bolger what it was like to be a third term National Prime Minister.

There was a little bit of personal history for me too and we'll come to that. But first the policy. Bolger says neoliberal economic policies have absolutely failed. It’s not uncommon to hear that now; even the IMF says so. But to hear it from a former National Prime Minister who pursued privatisation, labour market deregulation, welfare cuts and tax reductions - well that’s pretty interesting.

“They have failed to produce economic growth and what growth there has been has gone to the few at the top,” Bolger says, not of his own policies specifically but of neoliberalism the world over. He laments the levels of inequality and concludes “that model needs to change.”

But hang on. Didn’t he, along with Finance Minister Ruth Richardson, embark on that model, or at least enthusiastically pick up from where Roger Douglas and the Fourth Labour Government left off?

Bolger doesn't have a problem calling those policies neoliberal although he prefers to call them “pragmatic” decisions to respond to the circumstances. It sets us up for the ride we go on with Bolger through the 1990s, a time of radical social and economic change.

Judge for yourself whether or not they were the right policies but do it armed with the context. Bolger describes his 17 hour honeymoon after becoming PM in 1990. He recalls ashen faced officials telling him before he was even sworn in that the BNZ was going bust and if that happened nearly “half of New Zealand’s companies would have collapsed”.

The fiscal crisis sparked the Mother of All Budgets and deep cuts to the welfare state. Some believe this was the start of the entrenched poverty we agonise about to this day. How does the man whose election slogan was “The Decent Society” feel about that now?

There is so much to the Bolger years. The first MMP government with Winston Peters, the economic growth of the mid-90s, the birth of Te Papa and the first big Treaty Settlements.

Indeed Bolger is at his most passionate speaking about Maori issues. He has a visceral hatred of racism and explains the personal context for that. We asked him whether future generations will open up Treaty settlements again - given Maori got a fraction of what was lost - or whether they are genuinely full and final. He says it is a “legitimate” question and “entirely up to us”. If Maori are still at the bottom of the heap “then you can expect someone to ask the question again because it means that society has failed”.

He is also scathing of former National leader Don Brash’s Orewa speech on ‘Maori privilege’. “It wasn’t anywhere near as bad as [Donald] Trump but it was in that frame.”

Of course Don Brash never made it to PM, replaced by John Key in 2006. ‘Gone by lunchtime,’ was the political phrase popular at the time.

When we returned to Bolger’s house after our lunch break, Key was gone too, one of those rare times when “shock resignation” is an accurate headline. Bolger was buzzing as we talked long into the afternoon, feeling fate had settled in with him on the big chair in the lounge of his stately home.

I felt it too. My first day as a political reporter was Bolger’s last day as an MP. I was asked to cover the valedictory for The Evening Post, a task I felt hopelessly ill-prepared for. In his parting words to Parliament in April 1998, Bolger looked up at the Press Gallery and invited us to “take out your quills and bury me one final time”. We’ve done the opposite here, I hope, and dug up the past for The 9th Floor. It’s 19 years later - almost to the day - and I think we’re all a little bit better prepared to look at his legacy.

*This is part three of RNZ's The 9th Floor series and first appeared here. It is used with permission.

Cracks me up how people get so riled up about immigrants. Especially them chinese.

“Therefore, Property Council will continue to advocate and champion for quality urban growth and a vibrant property sector to drive economic and social prosperity because it benefits all New Zealanders,” says Mr Townsend.

Corrin Dann
you don't want to get immigration down , to fall though, do you. I just got to say something. I saw you in a speech after the budget and you were in a big room of business people, now some of those were the biggest business minds of the country and you stood up and said: “don't worry about treasuries figure the estimation that it will go back to 12000, you were confident the figure was going to be a lot higher than that.

Indeed Bolger is at his most passionate speaking about Maori issues.He has a visceral hatred of racism
....
He should read Johnathon Haidts The Righteous Mind and he will discover that across cultures we have similar moral values and one of them is group solidarity: why would you start sawing the ship in half?
https://www.amazon.com/Righteous-Mind-Divided-Politics-Religion/dp/03074...
I've been listening to our PM's and have been (frankly) under whelmed.

It does come across as "virtue signalling".

Better late than never to realise that the financialisation of every good organisation originally there to serve NZ and NZers, and neoliberal (so called) economic management designed purely for the global corporates to asset strip and 'farm' the country's citizens, has taken many NZers backwards financially and damaged the social ethos of NZ.
So what is the solution? It is only a few nonprofits and community organisations left who still have the freedom to operate and to help their communities.

Indeed some of our recent PMs would benefit from reviewing the deeds and words of one of our great statesmen - Norman Kirk.
What I always remember about him was his words about his fellow Kiwis "..... people don't want much, just "Someone to love, somewhere to live, somewhere to work and something to hope for."

How much of that has been stripped from the lower rungs of society by recent actions of incumbent PMs?

Sheree has been living on a tent on State Highway 2 for the past two months as she has nowhere else to go. Read more

We are following the States, meth addiction, tent cities. Is crime the next big thing?

A lot of people think the State will look after you but it is much harder to get benefits and support than most people think.

A lot of people think the state will look after Kiwis in preference to possible immigrants - fools aren't we !
You've got to to keep those wages down.

Well worth reading this series of articles that clearly highlights the causes/issues of the current model and proposes ideas for A New Economy.

It's plain to see that the last 30 years of economic and monetary policy are not working. Trickle down is a lie and is in reality a funnel up. We cannot fix the problems if we don't understand the root causes. Ideally we need a new narrative, a new collective goal/objective. We need to realise that any economy must serve humanity better than it is now.

What a fantastic interview. Thouroughly enjoyed it! I must confess that in my naieve twenties, I couldn't stand him as our PM, but with a couple of extra decades under my belt now, I fully respect this man and his leadership back then.

The big problem of low interest rates is that it doesn't encourage productivity ( twelve people and hundreds of orange cones to change a street sign), creates waste and corruption ( overseas trips by councils to buy christmas tree lights), misallocates resources (billions of dollars of housing held empty by rich people as an investment).