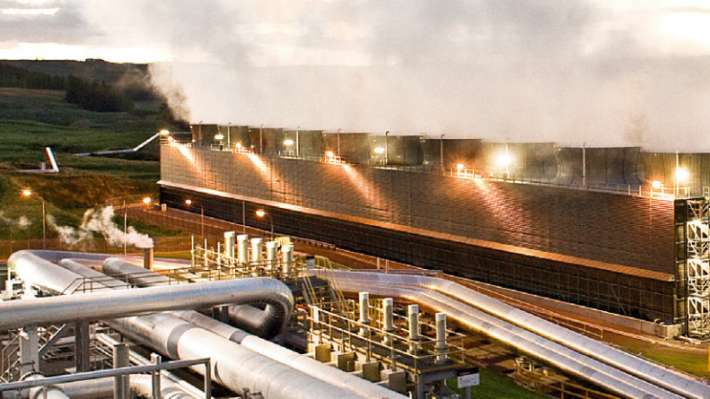 However, uncertainty still clouds what values investors might place on Mighty River Power, Genesis, Meridian, and Solid Energy as the government moves to sell up to 49% of each company over the next five years in a bid to raise NZ$5-7 billion for new capital spending through the next five Budgets.

Mighty River is first off the block in the third quarter this year. First NZ Capital analysts last year gave the company a commercial value of NZ$3.63 billion, while a valuation from PricewaterhouseCoopers commissioned by the company's board was NZ$3.72 billion. A 49% sell-down should therefore be expected to raise in the region of NZ$1.8 billion.

But turmoil in global sharemarkets, and the government's intentions to favour New Zealand investors, mean it's an open question as to how much it might receive from the share sales.

A 2010 Treasury paper to Cabinet recommended that, even though the government would prefer to sell shares to New Zealand investors, potential overseas investors should also be canvassed during the book-build process in order to get the highest possible price for the shares. There are also worries about 'stagging' by overseas investors, a process where they immediately offer to buy shares allocated initially to Kiwis for a higher price than at the initial public offering.

Some in the investment banking industry have told interest.co.nz they expect Mighty River may even be sold at a discount to ensure full New Zealand ownership of the company and to garner interest in the other companies as Mighty River is the first to be sold off.

But it could be more

But the 'utility' nature of the companies being sold off, and the way investors value utility companies, could mean they are relatively attractive investments, driving up their values.

That's because shares in utility companies are often treated more like bonds than shares of a normal company. The utilities are therefore often valued by their dividend yield, which is compared to bond yields.

Finance Minister Bill English noted in Parliament last week that due to the low interest rate environment in New Zealand and around the world, the 'mixed-ownership' companies may be valued higher than Treasury had initially expected.

Speaking to interest.co.nz in Parliament Buildings after he made those comments, English said that would be one of any number of influences on the companies' values and the prices the government received for the shares.

“Some people are saying [privately-owned] Contact Energy hasn’t been doing so well, so that will affect the value [of Mighty River Power] negatively, while others are saying long-term interest rates are quite a bit lower than what the Treasury assumptions have been, so that might affect the value of it [positively]," English said.

Brian Gaynor from Milford Asset Management told interest.co.nz the level of interest rates had a much bigger impact on how investors valued utilities than for other types of shares.

"The theory is that for a lot of these electricity companies – Vector’s a good example – most people see them more like a bond than a straight company because they’re considered to be fairly low risk. They have a very steady income base," Gaynor said.

Electricity was a very stable commodity - people didn't switch off their electricity like they would stop going on holidays or buying new cars.

"So a lot of the market tends to value these companies and compares the yield on them to bond yields,” Gaynor said.

“If bond yields or interest rates are pretty low, and a company has a dividend yield or five or six percent, the price will go up. People will buy them at that value because they’ll offer a better income yield than bonds or another type of fixed interest investment," he said.

“You don’t look at Ryman Healthcare or Mainfreight on the basis of anything to do with yield and comparing them with bonds. But the closer you get to secure utilities, the more you tend to look at them in relation to the dividend yield and how that compares to the bond yield at the time,” Gaynor said.

Vector and Chorus were good examples of this practice. Vector was not a volatile investment, although the electricity companies being sold off did carry some risk as they had generation plants and might be affected by hydro lake levels or the price of gas for example.

"So they’re not quite the same as Vector, but they’re closer to it. There is a tendency to look at them from the yield point of view,” Gaynor said.

Mighty River Power was not quite in Vector's league, as it had generation plants.

“But if interest rates are low, it’s likely to make Mighty River Power more attractive than if interest rates are high. Obviously if you can get eight/nine/ten percent from some kind of bond, a lot of people, in New Zealand in particular, will go into the bond because they consider it safer than an electricity company," Gaynor said.

Humbug...buyers need to see the spin machines for what they are...BS factories. The flunky govt appointed boards will likely drive down the divs to boost capital to be able to afford the capex demands and go on some foreign investment adventures aimed at boosting their CVs.