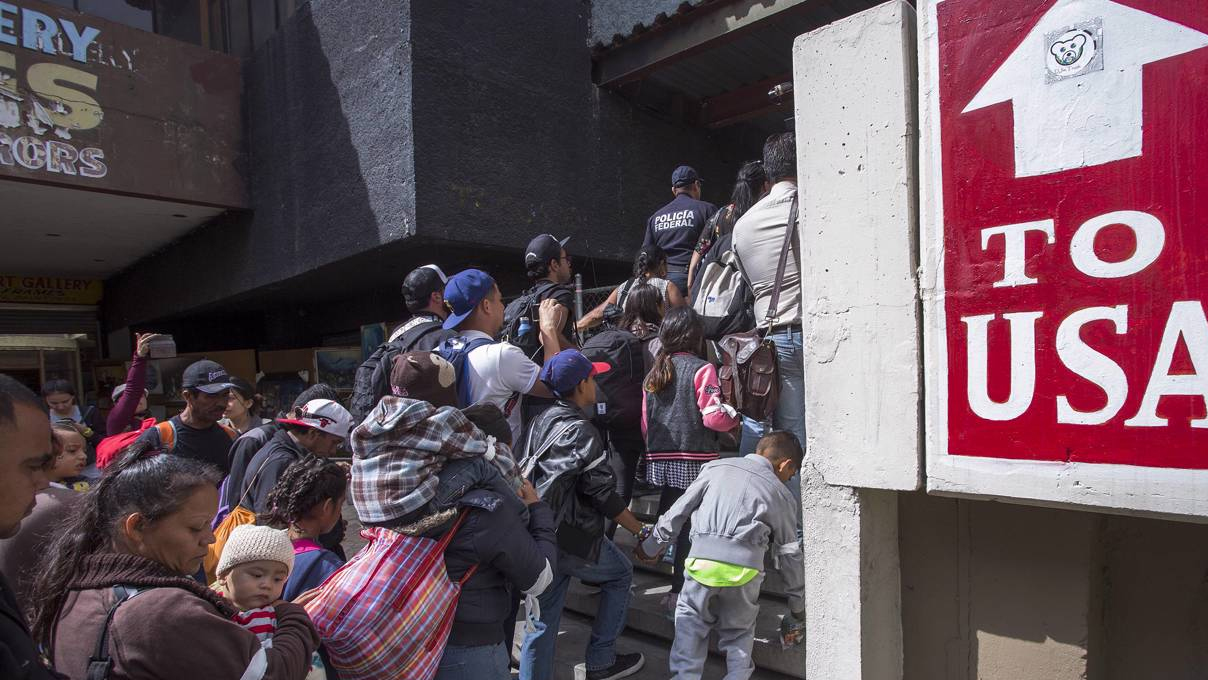 Until recently, we were regularly confronted with images of drowned migrants floating in the waters separating poorer countries from richer ones, from the Rio Grande to the Mediterranean. And although COVID-19 now dominates the news, the pandemic’s economic fallout is likely to exacerbate the global inequalities that drive migration.

Many developing countries have so far weathered the pandemic relatively well in public-health terms, but they cannot avoid its economic spillovers. More than ever, poorer countries need the support and cooperation of advanced economies. But the developed world, overwhelmed by its own problems, is turning inward.

Examples of the new policy environment abound. In the United States, the current administration recently suspended new H-1B visas for skilled foreign workers until the end of 2020, and, until forced to backtrack, was threatening to deport international students who do not attend in-person classes this autumn. Meanwhile, European Union policymakers boasted that the bloc’s ambitious COVID-19 stimulus package would be financed in line with a progressive European economic vision. But it includes carbon border taxes that will be anything but progressive, falling disproportionately on developing countries with lower environmental standards.

It is hard to imagine a more self-righteous justification of protectionism. Perhaps its only parallel is the US administration’s assertion that prioritizing “the dignity of work” lay behind the requirement in the new US-Mexico-Canada Agreement that 40% of the value of an imported car be produced by workers who earn at least $16 per hour.

This is not to give climate-change mitigation or worker protections short shrift. But protectionist measures like these will have no material impact on these important issues, and will hurt developing countries in their current hour of need.

One of the best ways for advanced economies to help poorer countries is to keep their borders open. In the short term, public-health risks may necessitate draconian measures to prevent the coronavirus from entering a country from abroad. But in the long run, developed countries should discourage restrictions on trade and immigration and encourage capital flows to economies that need them the most.

But why should rich countries help? Moral arguments aside, why should they not put their own interests first, especially given the domestic challenges they currently face?

At first glance, textbook economics seems to provide the answer: the point of trade is not to help your trading partner, but to help yourself. When countries specialize in what they do best, they produce more efficiently, resulting in increased output, more variety, better quality, and lower prices. All countries gain. Trade is not a zero-sum game. And a similar logic applies to immigration.

Appealing as this argument may be, it has lost its power in recent years. Decades of hyper-globalization have made advanced economies highly efficient, but this openness has also caused disruption. Some now argue that the incremental efficiency gains that advanced economies may achieve by further integrating with developing countries are not worth the associated disruption – especially given policymakers’ past failures to address adverse effects satisfactorily.

In developing countries, by contrast, growth and efficiency remain important requisites for poverty reduction and development. A recent paper that I co-authored shows that nothing contributes to sustainable poverty reduction more than trade, especially when it is conducted with richer countries.

There are several other reasons why advanced economies have an interest in helping developing countries. For starters, current demographic and wealth imbalances between rich and poor regions seem unsustainable in the long run. The median age in Africa is 18; in Europe, it is 42, and 35 in North America. Africa’s population is growing by 2.5% per year, meaning that it will double by 2050; annual population growth in Europe and North America is 0.06% and 0.6%, respectively. And average nominal GDP per capita in Africa in 2019 was about $1,900, compared to $29,000 in Europe and $49,000 in North America.

Vast inequality is nothing new. But in today’s increasingly interconnected world, the global poor have access to information as never before. No matter how high the rich world builds its walls, and how many migrant drownings it is willing to tolerate, desperate people will keep searching for a better life. Helping poorer countries to lift themselves out of poverty is the obvious way to ease this pressure.

Second, as Montesquieu and Adam Smith pointed out in the eighteenth century, trade and peace reinforce each other. In the twentieth century, the establishment of the European Coal and Steel Community, and subsequently the EU, underpinned democracy and peace in Europe as much as it did economic prosperity. Promoting trade with developing countries may not make advanced economies much more efficient. But it will help to preserve peace and stability – arguably their most precious achievement over the past 70 years.

Third, advanced economies benefit from openness in other ways besides incremental efficiency gains. For example, Germany’s largely export-based economic model depends on purchasing power in the rest of the world. With Africa projected to account for more than one-quarter of the world’s population by 2050, increasing its citizens’ purchasing power is good not only for the continent, but also for Germany and other Western economies.

Similarly, it is not clear whether America’s dynamism and innovation would have been possible without immigration. About one-quarter of all US technology and engineering startups established between 2006 and 2012 had at least one immigrant co-founder, while immigrants to the US are almost twice as likely to become entrepreneurs as native-born citizens. Many other countries exhibit a similar pattern.

Finally, many people in advanced economies would like to see a fairer, more equal world in which a person’s fate is not determined by where they were born – just as it should not be determined by their gender, race, religion, ethnicity, or sexual orientation. Those trying to build a better world should therefore make it a priority to support the global poor, and not just the disadvantaged within their own country. And there is no more effective way to help them than by keeping borders open.

vast inequality is nothing new in some african countries that are rich in resources,better to use our influence to help them share in that wealth and access family planning,rather than open our borders and help them escape from oppression and exploitation to share our wealth.

I agree. It would be far more sustainable long term to make these countries liveable and functional instead of taking on endless amounts of refugees

Health, Trade, Survival, Prosperity, Peace....Corona has messed up all these. How and when the balance will be restored is a million dollar question. Hope the pharma companies find and finalise a vaccine soon.
Otherwise it is gone bugger for many countries and their citizens..Again.

The only good point she makes is about keeping the peace. That indeed, is a key ingredient, but we're now long passed the point of opening our borders to all & sundry. We did that. But now we know that it comes with some big downsides, which we'd neglected to factor in before. The world has moved on. That opportunity may return, but just not now. On top of which is the one big question we haven't come to yet, but will, is the question we need to ask every Chinese person who lives in New Zealand - ''When the shite hits the fan, who are you rooting for, us or them?" And why do we ask that question? Because the long reach of the CCP is here amongst us already & if you don't do what you're told, then your family will be in big trouble.

This article is opinion and flawed opinion at that.

moving people from poorer countries does nothing but keep wages for low wage earners low and widen the gap between rich and poor.

Those low wage earners sometimes have a lower standard of living that in the country they came from.

Countries that are richer are better to get their own shop in order and influence those poorer countries with governance and leadership.
"
Most countries that havnt made it to "emerging" are riddled with corruption, lack of democracy, dictatorships or religious rule. Cant see how emptying those countries of their people helps.

The gumball immigration video says everything about the subject. Drain the poor countries of those capable of helping their people, take on more people for nothing because you take on 1 million but they reproduce to 2 million extra...
Maybe the author knows this but rather has interests and it's more convincing to pretend to be one of us by writing an opinion piece?

Actually the boarders should be closed and the population forced to sort out the mess instead of leaving it and creating a similar mess somewhere else. Clearly government corruption is rife and it needs to be removed. Countries that are doing well don't want to be dragged down by third world countries, sort your own problems out. Try birth control, the times I have seen starving people and those in war zones still having kids is sickening.

As PDK would point out, the planet is already groaning under the weight of present levels of consumption. So while you may well be standing on the moral high ground when you advocate for bringing the 3rd world up to 1st world living standards, the planet just wouldn't cope.

Former World Bank Group chief economist - says it all. What has the World Bank ever done for the poor countries of the world other than introduce them to the delights of debt under the guise of eliminating extreme poverty?