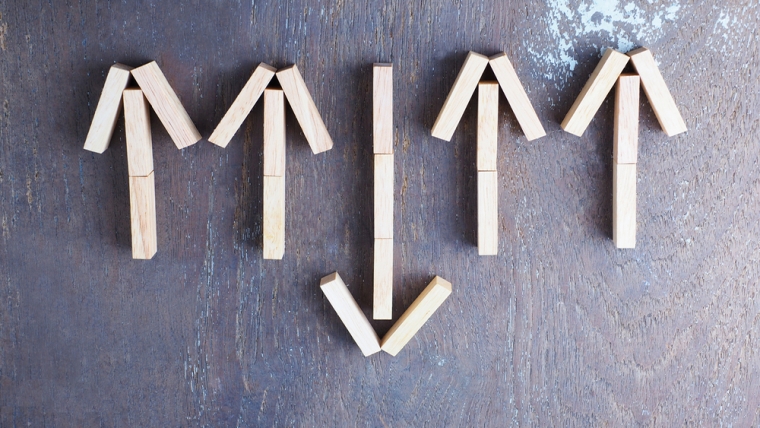 I wasn't expecting this.

This comes after the four big Aussie banks all raised their fixed mortgage rate offers here and here.

Kiwibank’s variable rate is also changing from 3.40% to 3.75% "which still leaves it well below all major competitors".

Clearly, Kiwibank sees an opportunity to grab some market share.

At 2.49% for two years it is actually now lower than their main rival's one year rate, as well at at least -40 bps lower that the other main bank's two year rates.

Most of these banks have also raised some term deposit rates at the same time, but not Kiwibank.

Update: Kiwibank has now advised its other rate changes, which are now in the table below. Their one year rate has been raised +30 bps to 2.49% (the same as their two year rate) but still with a small advantage over the other main banks. Their three year rate is also up +30 bps, their four and five year rates are up +20 bps each.

Now that we are in a mid-Winter real estate season and sales volumes are falling away somewhat, now is a good time for bank pricing managers to push through rate increases. Even if they overdo it, it will allow them to offer 'specials' and 'discounts' when the Spring real estate season kicks off - in only about eight weeks from now.

Good on ya Kiwi Bank! This is a clever way to stand out from the crowd.

Another reason to support local, and competition in general.

Ha, because KiwiBank is doing whatever it can to look after its valued customers right? For banks operating in NZ it must be like shooting fish in a barrel!

Lol and then when 24 months rolls around you’ll be faced with refixing at 4%+. The old bait and switch…

They and Heartland looking good at the moment aren't they, whether that changes soon will be interesting to see.

This morning I called Kiwibank to break my 1 year fixed term (2.35) which ends in Feb '22 to fix for 2 years at 2.55%. I was on the phone (again) to confirm this to go ahead and saw this article. I don't think I'll confirm...
Lucky for me their phones are running hot (90 minutes on hold this morning) or I would have confirmed an hour or so before this news came out.
Thanks Interest.co.nz for the breaking news! Sure it's only 0.06% for 2 years lower, but I'll take it!

I can remember when Noddy bank trading as Kiwi Bank first came into market they had no fees on on overdrafts then suddenly the fees crept in
and silly rules came in
I had $100,000 with them fixed for a long time they had unsecured od facilities , they added fees and then wanted salary and wages they were not my main bank closed all accounts and will never deal with them again
I also have a good credit rating , I wouldn't not trust these people

Good job Kiwibank. Fully support NZ local banks sticking it to the Oz owned ones. Take back that market share and keep the mortgage rates competitive. Don't let the big boys steer you!

That's not how banks work. This has nothing to do with market share or supporting local. rate changes are Driven by some pricing committee and banks use pricing to keep thier mix of loan types and therefore spread of risk even relative to thier plans and projections. They are likely just re balancing thier loan portfolio with more 2 year terms. So for some reason the either don't have enough or want more.

It's absolutely about market share. Smart move by KB.

Evidence that banks can spot an opportunity to make some money. Nothing in the fundamentals that suggests interest rates will be elevated for any sustained period - unless govt mandates index linked wages or something.

What a load of BOLLOCKS Pure money grabbing since the RBNZ has stated it will keep the Funding For lending program in place which means banks borrow at the OCR rate.

Have you even read about what FLP is or how it works? It is floating lending… not for funding fixed loans, as who knows how much it will cost then. Also it’s like only max of 6 percent of loan books or something like that…. So it’s not like it can be used to fund the whole loan book