Bull market for global food; Reason 101 why I love yoga; Why the NZS fund is hip and happening; The science of gifting: Hara Hachi Bu and Money; Gratitude

Bull market for global food; Reason 101 why I love yoga; Why the NZS fund is hip and happening; The science of gifting: Hara Hachi Bu and Money; Gratitude 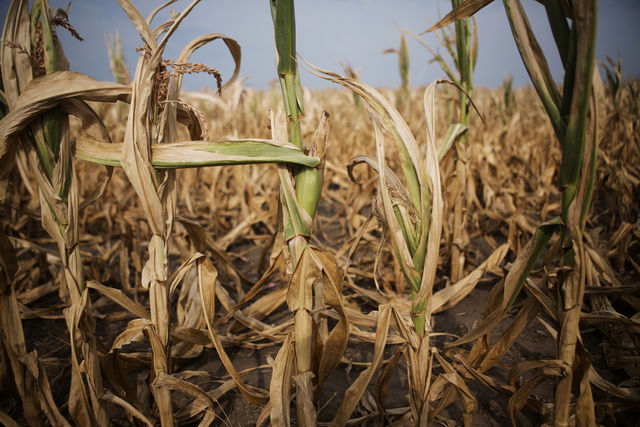 Rising incomes in Asia and the population explosion worldwide are driving a bull market in the global food industry. Telegraph Questor editor Garry White talks to Sumant Bhatai about some promising stocks to invest in to capitalise on this demand.

One of his favourites is Avon Rubber, a company that specialises in making rubber tubing and suction cups for milking cows.

Incidentally, New Zealand's Skellerup Holdings Ltd, specialises in the same and has made big inroads into China recently. Here's a link to their latest financial report for the year ended June 30,2012.

At Easter, I wrote a column about some stocks I'd like to be invested in. You might recall one of them was Lululemon, the Canadian-born yoga apparel giant whose gear and garb has become a staple of the yoga world.

I'm kicking myself once again for not being invested.

MarketWatch reports on how Lululemon has proven the skeptics wrong once again reporting an 18% increase in third-quarter same store sales. Some analysts believe the company, which recently launched in New Zealand, is long overdue for a slow down and yet investors remain Zen-like according to another piece from CNN Money here.

3) Most innovative fund of the year

In the Oscar equivalent of sovereign wealth fund awards, the New Zealand Superannuation Fund was a prize winner this year. Asset International Chief Investment Officer, yesterday voted the NZS Fund the most innovative fund of its kind giving CIO Adrian Orr an enthusiastic slap on the back. Orr, and his Australian counterpart, tied for the fictional category of "Sovereign Wealth Fund CIO We'd Most Like to Go to the Pub With.''

The fund is attracting attention for several reasons but its shift away from classical division of labour duties toward a more collaboration investment style impressed the judging team. Orr: "We don't have anyone with an asset class on their business card, because if you give a man a hammer, then everything looks like a nail."

More below on how the NZ$20 billion fund is managed.

The fund is in the process of instituting a highly detailed target operating model intended to simplify the investment process, better measure progress and cost-effectiveness, and help to forecast future liabilities. This involves tossing out asset buckets completely—no more "Real Estate Analysts," for example - and reorganizing staff by access point (synthetic, direct, external manager etc.). Orr works closely with a senior team of general managers, including Stewart Brooks (Finance), Mark Fennell (Portfolio Completion), Matt Whineray (Investments), as well as Chief Investment Advisor Neil Williams. But the reorganization has largely flattened the decision-making hierarchy at NZ Super. Without investment analysis restricted to bucket specialists, the team now reaches decisions for the fund through consensus. "By the time an investment is ready to go, everyone's touched it," says Orr. This simplified, broadened process will - NZ Super hopes - make investment opportunities easy to rank and compare. Orr says it's working so far, with timberland purchases and IPOs alike being compared to a reference portfolio instead of other possible investments in their asset class.

4)  The science of gifting

Is it gauche to regift? It depends on the recipient, the gift and your delivery to a large part. The Wall Street Journal reports on the Science Behind Gifting.

Squirrelers blogger looks at the Japanese health philosophy of Hara Hachi Bu and ponders how the same principles applied to spending could increase financial well-being. The idea is to spend 80% of what you normally would and bank the rest.

Because sometimes it's good to give 110%, here's a bonus link, from the Wall Street Journal's Melinda Beck about why being grateful is good for your health, happiness and career. A bit stale but timeless. Enjoy.

Thank you to all my regular readers and the folks whose work I link to on a regular basis.

#2 I wouldn't be seen dead in a yoga class in anything but Lululemon. Yay Lululemon

And here you were concerned about Amanda's boy's future.....Borat of the mankini.

Nothing says it quite like rubber GBH my good man......we'd bounce right on in there.
Cheers matey I'm in and out a bit today , but I'll catch up on a read later.

I wonder if Amanda minds that these comments veer off on tangents that have absolutely nothing to do with finance, pretty well most of the time...

I think Amanda would agree that it's healthy we can talk about something other than houses , from time to time .... we're all rounders , men of the world , wise beyond our years ...

..... d'yer reckon it would lower the value of my home if I built on a special mankini changing room ?

LOL. Where else would I find comic relief?! Of course I don't mind.

Ooooh did you get sin-binned Ivan? What did you do to deserve that???

ah. Pays not to ever make it personal I think

And dragging it back to a Financial subject - what ever did happen to Para Rubber? That seemed like a pretty solid business and I know they still make swimming pool stuff. Anyone?

As far as I know they're still owned by Skellerup , and have been producing Gummie's boots at their Woolston (Chch)  site continuously since 1943 ....

Oh yeah. Wouldn't be seen dead on the farm without my Red Bands :-)

They are still plodding along with a few outlets, one in Carr road Three Kings dinky little place, but hey people must go there, I suppose.
Haven't they got a larger outlet in Newmarket..?
Maybe rubber's just gone passe'....don't know if they still do the injection moulding here anymore though...why would you....bing bong Hong Kong calling.

#2 bit of a fools game regretting sharemarket decisions with the benefit of hindsight. Otherwise I'd have bought APPL back in the 90's when it was about $1, or Google on IPO which I missed because I thought the IPO price was too high, or Facebook... no, wait.

Or DI Corp, which shot up by over 800% before settling back at merely double.

Maybe Tim Cook just needs to come up with a catchy tune and a funny dance based on the bizarre behaviour of iPhone slaves to arrest the slide in his stock price.

See? it just did it again! I write a comment and press save and it stays on the 'Reply To Comment' page and clears the comment box. Annoying!

(posted twice in error). Can we have a delete button please? Also about half of my comments get lost when I press save. Why is that happening?

It's because they have the delete button Stanley...not us.

The reason is , saving is discouraged in NZ ...... the " save " function is a derelict from the forgotten past ...

Haha true. Maybe they should change the button caption to "put on credit".

Interestingly here at the RBA downstairs in the training room there are some old posters on the wall from a bygone era that have "SAVE! For that house, For that holiday, For that new car!" etc.

Such a weird concept. Poeple were so strange back then

too funny GBH...!LMAO
Stanley all complaints should be directed to the Editor in the following manner..
Be concise about the nature of the complaint
Refrain from foul or objectional language in the submission
Take care not to use defamatory or abusive lines of inquiry.
Spellcheck..Grandma check
Action by hitting the SAVE button
Your complaint will be actioned accordingly.

GBH - yes the save button or the red borrow button.......its a taxing situation!