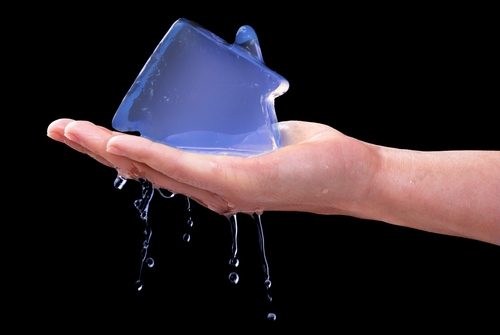 There's been a further rise in the numbers of people saying now is a bad time to buy a house, according to ASB's latest Housing Confidence Survey.

The survey for the three months to the end of January has found that a net 9% of respondents now say it's a bad time to buy a house, up from a net 5% in the last survey released in November. And the November survey was the first time more people thought it a "bad time to buy" since the April 2008 survey.

Additionally, the previously large numbers of people expecting house price rises in the next 12 months has been dented, dropping to a net 47% in the latest survey from 56% in the last one.

But the numbers of people expecting interest rate rises (and there's probably a link with the house price expectations here) has increased to a net 55%, up from a net 52% in the last survey.

ASB economist Chris Tennent-Brown said the fact that expectations of higher rates have continued to lift in the latest survey "shows the RBNZ’s message that higher rates are coming is getting through loud and clear".

"However, this survey shows a small sign of realism creeping in, as some start to think the strong price rises recorded over the last year or so cannot carry on forever.

"That thought is consistent with our view that the peak period of house price gains is behind us. We still expect house prices to increase this year, but the rate of house price appreciation is likely to be lower in 2014 than it was in 2013.

"But any delay in the delivery of higher interest rates or new housing construction would risk housing market pressures intensifying, particularly in Auckland given the recent strength of net migration inflows."

Tennent-Brown said Auckland and Canterbury led the decline in outlook about whether now was a good time to buy, reflecting the fact these are the areas where the housing market is the tightest.

"The combination of high house prices and higher interest rates is not great for house affordability – meaning the housing market is looking even more challenging and hence why even more people think now is not a good time to buy."

In addition, the Reserve Bank had introduced high loan-to-value lending restrictions on October 1.

"These restrictions were relatively aggressive and will lock a subset of buyers out of the housing market and reduce demand at the margin.

"While it is early days, the RBNZ’s high loan-to-value (LVR) lending restrictions may have started to have an impact on some buyers, and demand for housing.  However, we do not expect a meaningful reduction in housing market pressures until interest rates and new housing construction increase.  This process will take time," Tennent-Brown said.

While the ASB survey is compiled quarterly, the information is gathered on a monthly basis - so differences in sentiment occurring within a quarter can be monitored.

Tennent Brown said that "drilling into" the monthly Auckland responses on the "good time to buy" question showed "an interesting development not seen elsewhere".

"In the October housing confidence survey we noted the net percentage of respondents from Auckland that viewed now as a bad time to buy leapt from 17% in August to 29% in October. Now this figure has fallen back to 14% in January.

"It could be that the RBNZ’s high LVR restrictions that were introduced in October had a temporary impact on sentiment which is fading. But buyers could also be seeing a tentative sign that the market is not quite as tight as it was in October. The net figure of 14% regarding it a bad time to buy recorded in the month of January matches the level recorded in May 2013."

First!!!  Ok so if it is a bad time to buy and people are willing to wait for the rest of their lives??  There are things in life that are essential and you either do it now or you are wasting your life!!!

Today I learnt that if I don't buy property I'm wasting my life.

@ Muppet King , what if prices come down?

Come on Boatman, we both know that prices don't come down, sometimes they have a "side-ways shift" but they never come down maaaaaaaaaaaaaate

But if prices are going to fall (and I don't see how they can go much higher), then why rush to buy now?  The people who suffer the most from a bubble bursting are those who buy at the top of the market with little equity and little ability to cope with changes in circumstance such as higher interest rates.

Exactly. Those with less equity are better off building up their deposit rather that paying much more in interest, rates and insurance than they would be paying in rent if prices look like they are stabilising. For first home buyers the whole market has changed, there is no free low equity insurance, interest rates are up to 0.8% higher than >20% deposit mortgages, and they are only giving out 5% of them, as opposed to the 25% this time last year.

If your buying a house to put a roof over your head,to keep you warm and dry and to have security there is possibly never a wrong time to buy a house that you can afford.On the other hand if you are buying to rent out and for future capital gains then it may be the wrong time.

Too bad reason one wasn't pretty much the only one to buy a house, prices might not be in stratosphere right now

The question should be a two part

Still only 9% of people think its a bad time to buy a house. That's very low.

If that was someones logic for buying one of their most expensive assets, they are going up the creek quickly.

but just because its only 9% doesnt make them wrong.

Jamin, a NET 9% means 9% more people think now is a bad time to buy a house than a good time.  Not 9% of people overall.

Now, I haven't read the survey.

I would have to question the use of these surveys.

Does the ASB survey measure international/offshore respondents in the mix?

The fact is there is no data available on offshore investors holdings in NZ residential property. How can a local investors (investor in this instance meaning all residential home buyers) make informed opinions on whether it is a good time to buy or not when information to make proper assessment is unavailable?

If for example 40% of residential property is held by offshore interests then the opinion of these offshore investors is important.

Thank you very much for the ASB Bank "Advertorial" Chris Tennent-Brown, I am sure you have the interests of "all" Kiwi's at heart .... snigger, snigger from the Tower in the CBD

Anyway, according to Big Daddy, SK, Happy123, Zanyzane et al,  life is just one huge real estate investment party !!  .....they have to promote their "cause" at all costs, to the "rest of us" ie trying to get everyone else to pay/rent their "perceived value" of their properties ....fat chance mates, won't be this local !!

In fact, keep 'em going higher and higher .... the higher they go, the further they fall !

PS  - Have a look at Harry Dent and his theories ... Interesting reading.

The reality is it's never been a bad time to buy. You have to look medium to long term and just get on the ladder with what you can afford. Had I not got on the ladder 10 years ago, the first rung on it would now have been out of reach.