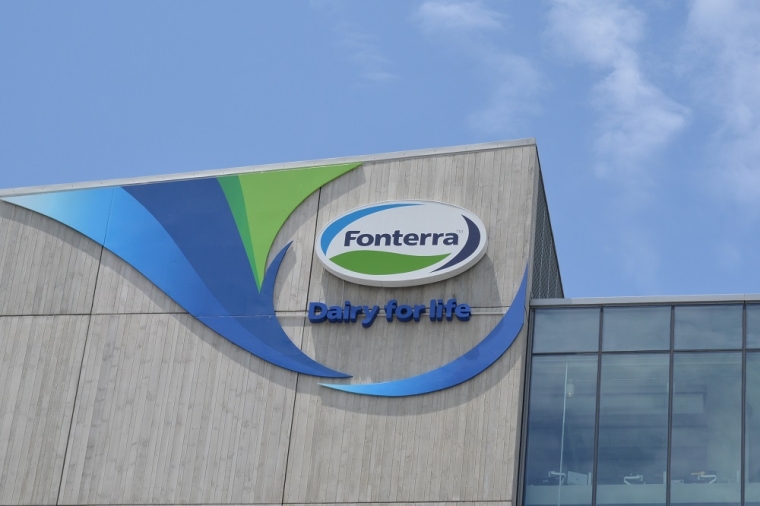 Separately, Fonterra said on Tuesday it had appointed Miles Hurrell as permanent CEO. Hurrell has been interim CEO since August.

Fitch has revised the rating outlook on Fonterra to "negative" from stable, but has affirmed its Long-Term Issuer Default Rating at 'A'. Credit ratings explained here.

The action by the ratings agency followed the announcement by Fonterra that it was slashing its earnings forecast and would not be paying an interim dividend.

"In our view, this indicates that the co-operative has structural issues that it needs to address to retain the defensive traits that have underscored its historically strong business profile," Fitch said.

"Nevertheless, in our view, Fonterra's announcements that it will not pay an interim dividend, that a decision on any full-year dividend can only be made at the end of the financial year and will depend on the co-operative's full-year earnings and balance-sheet position, and that it will review its dividend policy as part of a wider strategic review currently undertaken by its board, is positive for bondholders," it said

The move by Fonterra "continues to reinforce Fitch's expectation that Fonterra will prioritise the strength of its balance sheet over payments to farmer shareholders", it said.

Fonterra’s Chief Financial Officer Marc Rivers says Fonterra acknowledges that the Co-op’s earnings performance is not satisfactory and that it needs a fundamental change in direction if it is to increase its earnings capacity and quality.

“We need stronger earnings to deliver a respectable return on the capital invested in the Co-op and a strong balance sheet. We are taking a series of proactive steps to make this happen.”

Fonterra is due to announce its half-year results on March 20.

The company expects more than NZ$800 million in asset sales as part of a portfolio review, the proceeds of which will be used primarily to reduce debt.

"Should Fonterra achieve financial close on these sales as expected, we project that leverage will improve to around 2.2x by FY22, including the asset sales. However, any lack of progress will put pressure on Fonterra's rating," Fitch said.

Hurrell first joined Fonterra in 2000. His 19 years’ experience in the dairy industry has spanned four continents, including roles in Europe, the United States, Middle East, Africa and Russia. Before taking up the role of interim CEO, Hurrell was the Co-operative’s Chief Operating Officer of Farm Source – the unit responsible for working directly with the Co-op’s farmer-owners.

Fonterra said Hurrell will be paid a base salary of $1.95 million, with additional short and long-term incentive payments based on the achievement of targets agreed with the board. Hurrell’s total remuneration package will be reported in the Co-operative’s Annual Financial Statements in September.

His predecessor Theo Spierings was on a base salary of $2.46 million, but with the various incentives added was on occasions paid over $8 million in a single year.

This is not good at all ...............while its not as serious as Junk status it will have an effect on Fonterra's borrowing costs when they roll over those Bonds or wish to raise fresh capital

Not a tip top situation at all , for our beloved Fonterrible ...

... unless , of course , you're one of the hundreds and hundreds in head office on a guaranteed 6 or 7 figure salary ...

Leverage of 2.2x by FY22 anyone have any idea on what it is now?

The structural issue being that the balance sheets are all built on sand? Then they go put up 800 mill in assets for sale, so what happens to the balance sheet in year 3 and 4 after the sale cash has been spent and the operational money generated from those assets is gone also....

The CEO is usually gone by then, after taking bonuses for temporarily boosting free cash flow.

Fonterra's structural issue is farmer and Fonterra aversion to paying tax. Because of this they pay out virtually all of their income as the purchase price for milk and retain very little in the balance sheet. If they retain earnings (retentions) by setting the milk payout a little lower they have to pay company income tax on this.

Strategically and prudentially poor in my view. But farmers know best of course. Just like we don't have any waterways environmental problems. Yeah right.

Cant agree with you on that. If that was the case then the small non co-ops would be struggling to compete when in fact they are building new factories from profit having paid more for the milksolids and paying other incentives. I agree they should have retained profits but it need not have been to the detriment of milk price. Three and four years ago the milk price was extremely low so with Fonterra paying low for their raw product the margin on value added was huge so if they were a well run company they would have profited hugely. They aren't so they didn't. If theres no or little profit there can be no retention.
The sale of Tiptop probably gives as good an idea of where Fonterra is at as anything can. looks good from outside, but basically hollowed out.

Open Fonterra to non farmer ownership and sit back to watch the industry implode.
Seems to me sour grapes that non farmers can't get a piece of the action.
Compare with the construction sector in recent times. Many companies have gone belly up leaving SME tradies and suppliers carrying the losses. Fonterra is the vehicle through which 1000s of SME farming businesses gain advantage through exercising collective market power. Name me one other non-competitive agricultural sector with the same or better success when viewed from the farmer perspective.