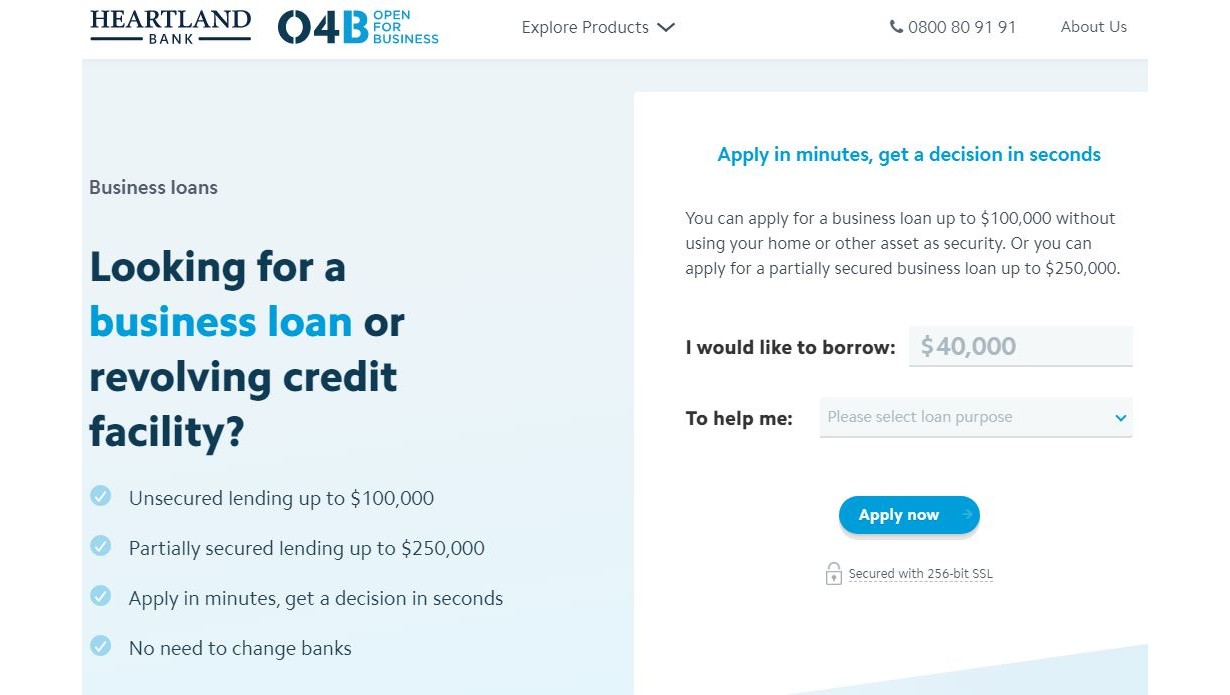 Speaking at Heartland's annual shareholder meeting on Tuesday, Greenslade said the group is placing a lot of emphasis on Australia with increased support from New Zealand. Heartland's Open for Business Australia website has launched with marketing promotional activity about to get underway. He also said Heartland's looking to improve its return on equity.

"The Australian market is clearly much larger and offers great potential. It is also planned very soon to launch O4B in Australia to add to the existing reverse mortgages business. In this regard, we have recently created a high-touch call centre in Ashburton which is available to assist our Australian Reverse Mortgages and O4B customers as well as our New Zealand customers. This is in addition to the telephony currently available to our depositors," Greenslade said.

Heartland's gross finance receivables for SME lending through O4B grew 48% in its June 2019 year to $133.3 million, Greenslade said, with Heartland able to differentiate itself from the big banks through its speed and ease of access.

Greenslade also noted Heartland's June 2020 year forecast for net profit after tax of between $77 million and $80 million. That's up from $73.6 million this year.

"When we gave that forecast, we also stated that we are investing greater amounts in marketing, including TV advertising to raise awareness of O4B and reverse mortgages in particular. This is underway and while it is too soon to be definitive, initial responses are encouraging," said Greenslade. (Details of the fees and interest rates charged for O4B are here).

Heartland was formed through the merger of Marac Finance, CBS Canterbury and the Southern Cross Building Society in January 2011. It gained banking registration from the Reserve Bank in December 2012. Heartland targets niche markets such as reverse mortgages, vehicle lending and livestock finance where bigger banks are not aggressively competing. It also lends money for unsecured personal loans through licensed peer-to-peer lender Harmoney.

Heartland restructured last year in a move that leaves its burgeoning Australian reverse mortgage business free from the capital requirements of regulators on both sides of the Tasman, and subject only to the oversight of the group’s own governance and lenders. The restructure means Heartland Bank is now a wholly owned subsidiary of Heartland Group Holdings and remains overseen by the Reserve Bank, while its non-bank Australian operations are a separate subsidiary of Heartland Group Holdings.

'We need to do better'

Greenslade told shareholders on Tuesday that this new structure means capital for Heartland Bank is separate from that of Heartland Group.

"This means that capital can be inserted by the parent into the Bank as and when required. If you like, we now have the ability to manage the Bank’s equity on a ‘just in time’ basis. This is much more efficient. Moreover – and this is very important - the parent is not confined only to equity issuances in order to fund capital injections. It can fund the equity by raising debt at a much lower cost. This allows us to lower the Group’s weighted average cost of capital and improve return on equity," Greenslade said.

"The debt the Group borrows is supported by businesses outside the Bank. For prudential reasons we aim to limit the amount of group leverage to stay within the criteria of our BBB [credit] rating and to an amount that can be serviced without recourse to bank dividends."

Describing return on equity (RoE) as an important measure of how effectively Heartland uses its shareholders' capital, Greenslade said it needs to do better.

"But despite exceeding benchmark rates of peers in terms of receivables growth, net interest margin and cost-to-income ratio, RoE is at the low end of expectations. Comparable benchmarks in Australia suggest a range of between 11% to 15%. We need to do better. As the name suggests RoE measures earnings, in our case the net return on our loans, against the capital required to be invested to generate those loans. There are two ways to improve RoE: earn more and/or invest less equity," Greenslade said.

Heartland wants to reduce lending in areas that generate poor returns such as business relationship loans, he said.

"Then as you can see [below], we have a number of activities such as reverse mortgages that sit within acceptable ranges of RoE. Finally there are lending activities such as motor [vehicles], O4B and the consumer loans provided through Harmoney that deliver superior returns. The challenge for us is one of balance; to be agile in moving to minimise the low returning purposes, and offset the drag they cause and expand into better returning loans," Greenslade said.

Heartland are interesting. They've definitely got a niche in reverse mortgages in Australia, unsecured SME lending I'm not so sure about. There are some well-funded capable players emerging in this sector, Heartland will need to attract and retain good people and be on top of their game as being a sub-scale lender is notoriously difficult.