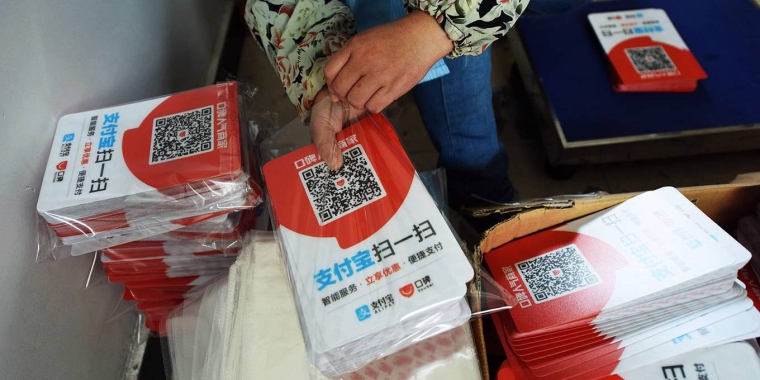 China’s economy is growing at is lowest rate in over 30 years, but if the country’s nearly 40 million small and medium-size enterprises (SMEs) could overcome a lack of access to funding, they could become a powerful engine of economic dynamism. Can digital innovators close the SME financing gap?

China’s government has certainly tried. Since 2005, policymakers have been working to expand access to financial services for SMEs, as well as for low-income households. Measures have included the establishment of more than 8,000 micro-credit companies, higher annual SME loan requirements for banks, and a mandatory reduction in the average interest rate on loans to SMEs, by one percentage point per year in 2018 and 2019.

Yet, despite these efforts, only 20% of Chinese SMEs ever borrow from banks. One reason for this is that SMEs, while plentiful, are not always easy to find, given their small size and geographical diffusion. A more important reason is that many banks are unable to employ market-based risk pricing effectively for SMEs.

With the average Chinese SME surviving for fewer than five years, one cannot claim that lending to them is not risky. But mandatory lower borrowing costs for SMEs mean that banks cannot use interest rates to offset the higher risks, and the government hasn’t offered compensatory subsidies.

While larger banks have probably adjusted by using cross-subsidisation, smaller banks do not have that option. For them, lending to SMEs means risking the health of their balance sheets. In addition, bank employees are required to take lifelong responsibility for any non-performing loans. So rather than risk extending non-performing loans (NPLs), many banks simply lie about meeting the regulatory requirement.

But even if regulators were not demanding artificially low interest rates for SMEs, banks would struggle to implement effective risk pricing. Traditional credit-scoring models emphasise a borrower’s financial history and fixed assets (collateral), as well as any implicit government guarantee. SMEs typically don’t have any of these things.

The challenge ahead is thus twofold. In order to encourage banks to lend more, the Chinese authorities must allow more flexible lending rates, rather than imposing excessively low interest-rate requirements that leave banks’ balance sheets vulnerable. At the same time, banks need to find effective ways of conducting risk assessments for SMEs.

One innovative approach focuses on “offline soft information” – that is, the entrepreneurs’ social behavior and relationships. Smaller commercial banks – such as Tailong, Taizhou, and Mintai banks in the Zhejiang Province – are already using this approach to guide their SME lending.

According to research from the Institute of Digital Finance of Peking University and the Bank of International Settlements, such tech-based credit-scoring models are better at predicting default risk for SME loans than traditional banks’ models, for at least three reasons. First, the new models include behavioral variables and network indicators, which are more stable than balance-sheet information. Second, they use some real-time transaction data – including on cash flows and the business environment – instead of far less up-to-date finance indicators. And, third, machine-learning methods can better capture non-linear interactive relations among individual variables than banks’ traditional linear models.

The “long tail” nature of digital technology provides an additional advantage. Once the platform is established, the marginal cost of serving additional customers is almost zero. Already, China’s two main mobile-payment providers – Alibaba’s Alipay and Tencent’s WeChat Pay – each has around one billion customers.

And, of course, digital technology works fast. The online banks that are pioneering this approach – WeBank, MYBank, and XWbank – process loan applications almost instantly. MYBank’s SME loan business developed the “310” model: it takes less than three minutes to fill out the online application form; once approved, the money is in the borrower’s Alipay account within one second; and there is zero human intervention in the entire process.

By taking advantage of digital innovations, WeBank, MYBank, and XWbank currently each grant around ten million SME or personal loans annually, despite having only 1,000-2,000 employees each. And their NPL ratios hover around just 1%.

To be sure, there are challenges to overcome – beginning with data inequality. But this remains a more severe constraint for traditional banks, which focus only on past financial records, than online banks, which use more varied data. WeBank uses more social-media data; MYBank depends heavily on e-commerce records; and XWBank, an open banking system, takes information from other tech platforms. Thus, someone with no credit history may still be able to access funding based on, say, a social-media record.

As for customers who lack a digital footprint altogether, online banks have been developing strategies for enabling customers to build one. For example, an online bank would extend a very small loan to a borrower without any data record online. As the borrower gradually repays the loans and communicates with the bank, he or she also establishes a digital footprint.

China has long recognised the importance of increasing SMEs’ access to finance. Now, online banks are providing the solution the country needs. This could be a boon not only for economic growth and innovation, but also for broader financial inclusion – in China and beyond.

Huang Yiping, a former member of the Monetary Policy Committee of the People’s Bank of China, is Professor of Economics and Finance at the National School of Development and Director of the Institute of Digital Finance, Peking University, and a member of the International Monetary Fund’s External Advisory Group on Surveillance. Copyright: Project Syndicate, 2020, and published here with permission.

Big Brother is in the building.

The flawed model of banking is based on a numbers game, and is highly suitable for real estate loans, where prices are much more transparent.

Where the system has gone wrong is lending should be constrained to the level of deposits available locally, rather the fractional reserve system operating now. Ask yourself why should banks be allowed to lend more than local deposits.

Hopefully this will encourage banks to invest more in small business; all be it at higher interest rates to reflect the risk. I can't however see this happening, given the operate in a oligopoly with few of their employees having the understanding a competitive business model.