BusinessDesk: Infratil to boost capex at Wellington Airport for peak-time capacity
10th Oct 11, 11:35am
by BusinessDesk 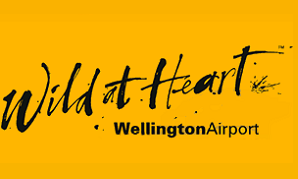 Infratil Ltd. plans to boost its level of investment in Wellington Airport over the coming five years to improve peak-time capacity and meet rising passenger numbers.

The Wellington-based infrastructure investor expects investment over the next five years will be “slightly greater” than the average annual NZ$20 million to NZ$25 million capital expenditure since buying its stake in 1998, it said in a September update to shareholders.

The airport operator said it was unclear whether additional metres would need to be added to the runway as more long-haul links come on board over the next five years.

“A significant part of the capital spending will reflect expansion of the airport’s peak-time capacity and, as with the land-transport links, the goal will be to increase the range of services provided while catering to a wide variety of user needs and means,” the company said.

The update comes just two weeks after Infratil’s biggest shareholder, Utilico Investments Ltd., said it would encourage the Wellington company to exit the airport holding. Infratil later said it had no plans to divest its stake in Wellington Airport, though chief executive Marko Bogoievski last week told Bloomberg its Glasgow Prestwick Airport was underperforming and probably won’t be a long-term hold.

Infratil said it hasn’t been able to jump on the boom in trans-Tasman flights as much as rival airports in Auckland and Christchurch, and needs a third carrier to do better.

“The challenge for Wellington is to ensure that the airlines which serve the capital provide offerings which are at least as attractive as what is available via Christchurch and Auckland,” it said.

Infratil said it is consulting with its major airline customers to set charges for the next five year period as the Commerce Commission reviews existing pricing and disclosure requirements for airports.

“Wellington Airport is determined to manage its operations and charges to ensure it is not subject to more onerous economic regulation because of the cost this would impose,” the company said.

“The greater cost would be the impact on investment of heightened uncertainty, which would be an inevitable outcome of more onerous regulation.”