The weak state of the global economy conceals an even gloomier story: the worsening plight of the world’s poorest people. Slower growth will make their climb out of poverty even harder; Ceyla Pazarbasioglu is worried

Business
The weak state of the global economy conceals an even gloomier story: the worsening plight of the world’s poorest people. Slower growth will make their climb out of poverty even harder; Ceyla Pazarbasioglu is worried 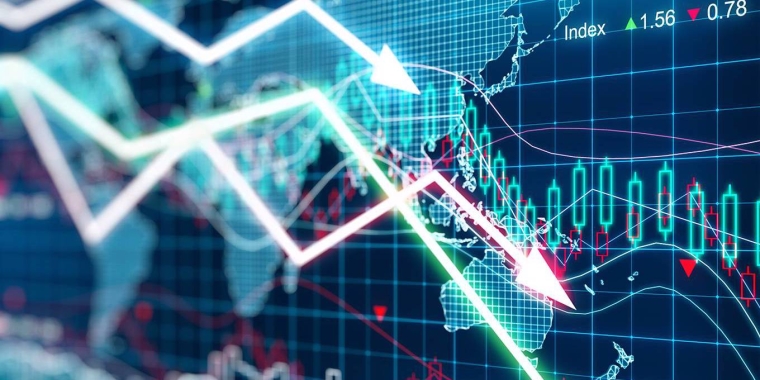 The global economic mood is souring.

At their meeting in Fukuoka, Japan, earlier this month, G20 finance ministers and central bank governors warned that economic growth remains weak, with risks still tilted to the downside.

Just a few days before that gathering, the World Bank had lowered its 2019 global growth forecast to 2.6% – the lowest rate in three years – and predicted that growth would remain tepid in 2020-2021.

These headlines conceal an even gloomier story: the worsening plight of the world’s poorest people. With a weaker global economy making their climb out of poverty even harder, the world must support a range of bold policies to help them.

We know from recent experience what needs to be done. Between 2001 and 2019, the number of low-income countries – where annual per capitaincome is below $995 – fell by almost half (from 64 to 34), as 32 low-income countries attained middle-income status, whereas only two new countries joined the group of low-income countries. This remarkable progress in just one generation – the result of strong growth, better policies, and in some cases plain luck – lifted millions of people out of poverty.

Faster growth is crucial to reducing poverty. From 2001-2018, the 32 economies that moved from low- to middle-income status grew by an average of roughly 6% per year. That was about 60% faster overall than growth in middle- and high-income emerging market and developing economies in that period, and some 25% faster than in countries that remained stuck in the low-income bracket.

A favourable external environment supported rapid growth prior to the global financial crisis, while the commodities boom of 2001-2011 fueled heavy investments in exploration and production in many low-income countries. The resulting increase in export earnings improved their governments’ finances.

Furthermore, nine low-income countries in Eastern Europe and Central Asia rebounded from deep recessions in the 1990s as they moved from planned to market economies. Separately, multilateral debt-relief initiatives in 2001 helped some low-income countries to stabilize their budgets and economies. Conflicts in some African countries eased, leading to a steady decline in violence-related casualties. And further trade integration boosted exports, attracted foreign investment, and spurred reforms. Low-income countries were thus able to invest more in their people: since 2001, secondary education enrollment rates have doubled, and the investment-to-GDP ratio has increased by five percentage points in low-income countries since 2001.

Some countries got a bigger boost than others. Those that moved up the income ladder also had better policy frameworks, governance, and business environments. They had more developed infrastructure, greater improvements in human capital, and more abundant fiscal resources.

Finally, geography was another key advantage. Only about one-third of the countries that moved out of the low-income group in 2001-2019 were landlocked, and those that did often had wealthier neighbors. By contrast, almost half of the remaining low-income economies have no access to the sea.

Rapid economic expansion helped to reduce the number of people worldwide living in poverty (living on $1.90 or less per day) by one-third between 2001 and 2015. However, these declines were mostly in countries that progressed to middle-income status. The number of people living in poverty in the remaining low-income economies was broadly unchanged.

Today’s low-income countries must jump higher than their predecessors did to escape poverty. Their per capita incomes are further below the middle-income threshold, and most of these countries are fragile states, marked by conflict or political instability. They rely heavily on agriculture, making them vulnerable to extreme weather. And demand for their commodity exports is weakening as major emerging markets grow more slowly and shift toward less resource-intensive industries.

Because the world’s remaining low-income countries have poverty rates above 40%, their projected per capita income growth is highly unlikely to be sufficient to help reach the United Nations Sustainable Development Goal of reducing extreme poverty worldwide to 3% by 2030.

These countries therefore need a bold agenda for boosting growth to generate more and better jobs. They need to become more integrated into global trade flows, diversify their exports, and attract more foreign direct investment. Their governments could improve skills and technologies by investing in human capital and infrastructure (but must do so within tight budget constraints).

Other priorities should include improving governance and the business climate, enhancing competition policies to raise productivity and international competitiveness, and supporting private-sector activity.

This challenging agenda is necessary in order to lift today’s low-income countries out of poverty. Yet they cannot and should not do it alone. The rest of the world has a responsibility to help – not least because of the impact of entrenched poverty and unfulfilled aspirations on global security and migration.

The global economy may be struggling, but that is no excuse to ignore the world’s poorest people. On the contrary, it is the most important reason to do more, and the Osaka summit provides a good opportunity.

The world is running out of growing room, the reality is that the human race has overpopulated the planet and now we need to look at how we function going in the opposite direction.
Oddly enough, both lifting people out of poverty and a lower birth rate go hand in hand. The truth is that the resources of the world need sharing more fairly, because they are not infinite.
Powerful economies really do have to look at themselves in the mirror around exploitation of less powerful ones. If the USA were to honestly assist countries to the south of them to become more functional, they would not have to worry about illegal immigration, but they seem to prefer to exploit them.
.

Pauperism is certainly a problem governments worldwide are struggling with. It goes hand and hand with homelessness and increasing crime. Not many politicians truly understand the root causes.

Much insight could be gained by studying labor and debt as outlined in the Old Testament, though suggesting such courses of study is often met with scorn.

The World Bank isn't interested in poverty - it is busy trying to change the climate and lofty virtue signal.
"The bank hasn't funded a major coal project since providing South Africa with a $3 billion loan in 2010 to build a massive power plant near Johannesburg. Instead, the lender has turned to cleaner energy sources like hydropower in order to square development with its climate goals."
https://www.washingtonpost.com/news/wonk/wp/2013/07/17/the-world-bank-c…

.. the poorest people in the world have never had it so good ... this is the golden age of humanity ... and science will lead us to exponentially greater riches in the future , better healthcare , education , nutrition ....

It is the ultimate in selfishness on our behalf to deny an even larger population the pleasures and challenges of life which we are blessed to receive...

... we need to double the world's head count ... and then double it again several more times ...

... Nietzsche was the life and soul of any party he turned up to ... whereas your crusty curmudgeons from the old testament were the death nell to fun anywhere they went...

Ceyla is simply wrong , the world has pulled more people out of poverty in the past decade than ever before , and while this trend may slow down during an economic slowdown , the trend is unlikely to reverse

... absolutely ... this is the lucky time in human history to be poor ... 150 years ago the richest people in society had no electricity , no radios or TV , no cars , and rudimentary medical and dental care ...

I was thinking that the other day. That especially in this country the poor still live better than royalty of 500 years ago. Running water, electricity, cars, TV, internet and the list goes on.

Most poverty is relative.

There is a movement growing in the world that is anti-growth, i.e. there is enough growth in the world. These people (and there is a prolific commentator on Interest) think there are finite resources. They forget that the human mind accounts for most of the world's economy and will continue to do so. It comes across as incredibly elitist and snobbish. They seem to hate that the average person is able to fly and travel to "their" exotic locations and never miss an opportunity to denigrate working class persons and manual labourers.

They choose to ignore the fact that lower growth means death for some people or a grinding existence for many others. They have climbed the ladder and now want to pull it up as they will never forgo the benefits of modern society themselves. It's the same for the anti "golden rice" brigade; happy for millions to die or live life blind to satisfy their sensibilities regarding GMOs.

... there are many who believe that the " pie " is just so big , and must be cut into ever smaller pieces for an increasing population : which ignores the reality that the economic pie has grown consistently over the past 200 years , gifting greater life happiness to poor and rich alike ...

The human mind accounts for most of the economy?
On planet Key maybe.
In practice its burning fossil fuels that counts...

"Most deny it, but we live in an energy economy, not a money economy. Without the continually increasing forward thrust of energy input, no economy can exist in the context that we think of as ‘normal’. Our current society is not normal.

Those charged with governing every nation on Earth, have lost sight of the fundamental law of collective survival: if a nation doesn’t produce enough indigenous surplus energy to support the demands of its people, they must beg, buy, borrow or steal it from somewhere else, or face eventual collapse and starvation until their numbers reach a sustainable level."

The shorter, less hand wringing version is known the energy trade. Being going since the axe was invented.

These people (and there is a prolific commentator on Interest) think there are finite resources.

Yep, seems sensible to me. Only one planet dude.

Nonsense. Look up. There is lots of energy in space just beyond the planet.

Please take a bit of time to peruse this site www.populationmatters.org