The enforcement of e-commerce terms and conditions have not been tested in New Zealand courts yet. Can firms bind online customers with such terms, and how will 'fairness' standards apply?

Business
The enforcement of e-commerce terms and conditions have not been tested in New Zealand courts yet. Can firms bind online customers with such terms, and how will 'fairness' standards apply? 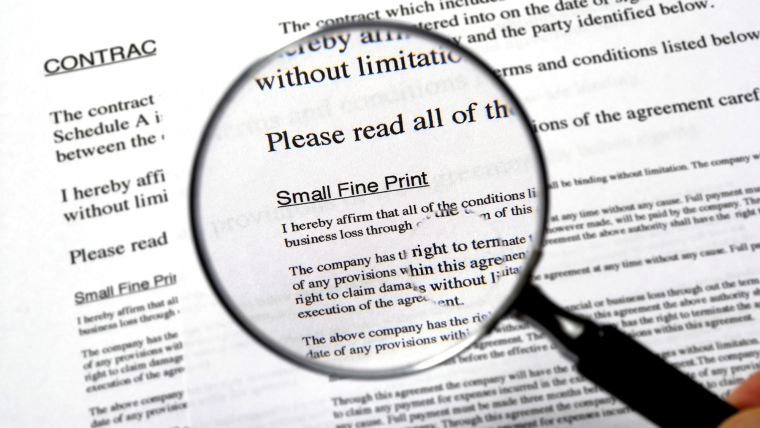 Any internet user knows website terms and conditions are burdensomely long. One rarely reads the fine print when they create a social media account, buy an e-book or movie, use a ridesharing service, or download a mobile app.

So declared a US District Court last week in the latest chapter in Nicosia v Amazon, a long-running proceeding which shines a light on the enforceability of fine print in electronic contracts.

The judgment will interest any business reliant on online terms. The enforceability of such terms has yet to be tested in New Zealand, and overseas authority is likely to provide a relevant guide when the issue first comes before a New Zealand court.

That may not be far away.

Amazon applied to strike out the claim on the basis that Nicosia had accepted its Conditions of Use (CoU) at the point of purchase and was bound by an arbitration clause in the conditions. The checkout page included a button labelled “Place your order” and on the side of the screen an explanation that by placing an order, customers were agreeing to the CoU.

The court described the two main categories of internet contracts:

The court noted that categorisation of the agreement was not determinative of its enforceability and after classifying the Amazon structure as a “hybrid” of the two, found Nicosia had reasonable notice of the CoU and was bound by the arbitration clause.

That was because he had expressly agreed to the CoU when signing up for an account and also had constructive notice of the CoU each time he made a purchase due to the link on the checkout page.

In particular, the link to the CoU was not directly adjacent to the “Place your order” button. Further, the page was spatially cluttered with unrelated promotions and the link was not “conspicuous in light of the whole webpage.”

But in spite of those strong doubts (which have been cited in numerous subsequent e-contract cases), the court did not rule definitively as to whether reasonable notice of the CoU had been given, noting that was a factual question on which “reasonable minds could disagree”.

The case was then remanded to the District Court and reassigned to a new judge, 95-year-old Judge Glasser of the Eastern District of New York.

Second District Court
At the rehearing Judge Glasser found Nicosia was bound by the CoU: the terms had been presented on the checkout page and throughout the sign-up process, and Nicosia had continued to make purchases even after the proceeding had commenced (ie, after he had actual notice of the arbitration clause). The judge dismissed the claim and ordered arbitration.

In addition, and perhaps most significantly, the judge questioned whether the traditional understanding of online contracts, based on reasonable notice and manifestation of assent, was an appropriate approach.

As to whether a contract was formed, that was obvious – everyone knows terms apply. As the judge put it:

The rule that the “existence” of additional contract terms must be made “reasonably conspicuous” is, this court submits, largely a superfluity… is there any question that reasonably prudent internet users know that there are terms and conditions attached when they log onto Facebook, order merchandise on Amazon, or hail a ride on Uber? They know this, not because a loud, brightly-coloured notice on the screen tells them so, but because it would be difficult to exist in our technological society without some generalised awareness of the fact.

In effect, terms apply because customers know they do – and do so subject only to fundamental consumer protections. Here, the judge cited a comparison drawn by jurist Karl Llewellyn between standard form contracts and “the offering of a blank check: the consumer offers his “blanket assent” to whatever terms the merchant deems appropriate, provided they are not unreasonable or indecent.”

This court suggests that Llewellyn had the answer: rather than scrutinising hybridwrap agreements for contract formation issues, courts should recognise that such agreements, like other adhesive contracts, represent in substance a “blanket assent” to any terms that are not objectively unreasonable.

This is quite a radical reimagining of the usual approach, and it remains to be seen whether it will be applied in subsequent US cases.

However, if followed, it may pave the way for a more flexible approach to subsequent e-contract cases and less emphasis on the minutiae of a website’s layout. It will also increase the importance of identifying when terms are “objectively unreasonable”.

Relevance for New Zealand
As noted, there have been no New Zealand cases on the enforceability of online contracts, and in that vacuum overseas authorities (particularly from the US, where the issue has been extensively litigated) may carry greater weight.

We expect the New Zealand courts will incline towards a generally tech-friendly approach, so the law is seen to keep in step with technological development and the growth of e-commerce.

That would also reflect the goal of functional equivalence between paper-based contracts and electronic transactions, which underpinned the introduction of the Electronic Transactions Act.

Most relevantly, the Unfair Contract Terms (UCTs) regime under the Fair Trading Act allows the Commerce Commission to seek a declaration that a term in a standard form consumer contract is “unfair”. This would make that term unenforceable.

“Fairness” for those purposes turns on various factors including whether the terms are reasonably necessary to protect the advantaged party’s legitimate interests.

The court must also consider whether the term is transparent, which will likely require analysis of the particular contractual presentation. However, transparency of itself is not determinative of fairness (and Nicosia may support an argument that presentational factors should carry little weight).

As to how the UCTs regime will apply to online contracts, consumer-facing businesses should keep a close eye on the commission’s ongoing proceeding against Viagogo.

That includes an allegation that the governing law and jurisdiction clause in Viagogo’s online terms (which requires resolution of disputes in Geneva, under Swiss law) is a UCT.

That case remains at an early stage but may provide the first opportunity for a New Zealand court to rule on the enforceability of online terms.

The importance of UCTs looks set to grow under a possible expansion of the regime, potentially to cover business-to-business contracts, as part of proposals currently under review by MBIE.

More generally, regulatory scrutiny of online contracts is likely to increase, with Kris Faafoi, Minister for Commerce and Consumer Affairs, observing earlier this year: “I’m aware people are increasingly agreeing to online contracts, so this is something I will be keeping an eye on and I have asked officials to keep a watching brief.”

It remains to be seen to what extent New Zealand will follow overseas approaches to online terms.

At the simplest level however, it appears safe to assume that in New Zealand, as overseas, new contractual principles will emerge to address the practicalities of e-commerce.

As put by Judge Glasser: “Experience, not logic, has taught that a purchase on the internet is determined by rules different from a purchase of milk at the corner grocery.”

In that context, and in view of the winds of change occurring in New Zealand, businesses should carefully review their websites and consider afresh the various mechanisms through which they seek to bind customers to online terms.

While that is a context-specific analysis on which parties should seek tailored advice, we set out below some “tips” of general application, arising from the leading overseas authorities.

Richard Massey is a senior associate at Bell Gully. This article originally appeared in LawNews (ADLS) and is here with permission.