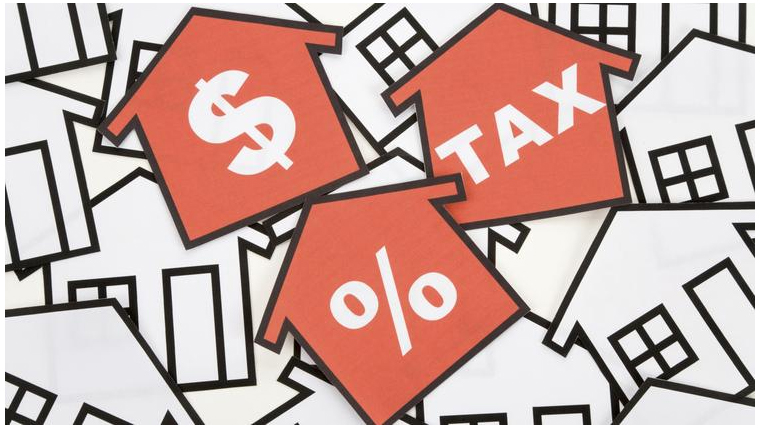 By Grant Hewson and Patrick Senior

Frustrated at the lack of progress on climate change, individuals and communities internationally are filing lawsuits in a bid to provoke action.

And it’s “almost inevitable” the same will happen here in New Zealand.

That’s the warning from Jack Hodder QC who was commissioned by Local Government New Zealand to gauge the litigation risk facing councils when they choose to ignore climate change-related risk in their decision-making, particularly around planning.

Local Government New Zealand has also warned ratepayers, in turn, may face hefty legal bills due to a lack of central government action on climate change, especially on adaptation policies.

While these cases are in jurisdictions with significantly different constitutional and common law frameworks (USA, Pakistan, Germany and the Netherlands), Hodder reasoned it was only a matter of time before it happened here.

There were already indications that climate change litigation in this country is getting traction, he said:

New Zealand is likely to follow the international trend because:

Recent cases on climate change, together with the above reasoning, leads Hodder to his conclusion that judges will be faced with more cases to determine whether local authorities have failed to address climate change in their decision-making.

“…the law changes. So judges matter. And it is not difficult to conclude that a barrage of climate litigation is a risk for New Zealand local government.”

One of the key risks Hodder identified is the lack of direction given to local government about climate change adaptation, effectively leaving it to the courts to decide how to remedy climate change-related harms.

This void is beginning to be filled by the Climate Change Response (Zero Carbon) Amendment Bill. But has the Bill done enough to put local government at ease?

The degree to which national adaptation plans reduce litigation risk for local government will depend on their specificity.

One cause of concern is the Bill’s lack of reference to the Resource Management Act 1991 (RMA), which is surprising given that the RMA is the principal way the use of land is controlled in New Zealand.

This is a concern for local planning authorities in particular, which would benefit from national support such as that offered by a national policy statement (NPS).

An NPS would reduce litigation risk to local planning authorities by ensuring consistency and giving those authorities something to lean on when making decisions.

The Bill has added further cause for concern for local government. It proposes to make the 2050 target and the applicable emissions budget permissive considerations in public decision-making:

“(1) A person or body may, if they think fit, take the 2050 target or an emissions budget into account in the exercise or performance of a public function, power, or duty conferred on that person or body by order under law (subject to other requirements that apply by or under law).

(2) However, a failure by any person or body to take the 2050 target, an emissions budget, or guidance issued under section 5ZL into account does not invalidate anything done by that person or body.”

While guidance about how this power should be effected may be issued to government departments under proposed section 5ZL, this is unlikely to happen immediately the Bill comes into force or cover the field of public decision-making powers.

This increases the potential for disparate decision-making under the Bill.

Local Government New Zealand has said Hodder’s report shone a vital spotlight on the tough position councils are in.

On one hand, there is no legislative framework to support decisions that reflect climate change risks; on the other hand, ratepayers – through councils – potentially face significant costs through legal action by not adequately factoring climate risks into their decision-making.

The Zero Carbon Bill may reduce the uncertainty for local government through the introduction of the national adaptation plan.

But the 2050 target and national emissions budgets as permissive considerations could lead to disparate decision-making across local government.

In light of the risks Hodder highlights, the Bill needs to give greater certainty for local government to ensure consistent and robust decision-making.

This will be essential for reducing litigation risk faced by local government, in particular local planning authorities.

Dr Grant Hewison is a barrister specialising in local government and environmental law. Patrick Senior is a senior solicitor at MinterEllisonRuddWatts. This article originally appeared in LawNews (ADLS) and is here with permission.

Oi ! . Stupid councils : listen up dumb dumbs : we expect you to do the basic things : keep the water flowing , arrange the rubbish & recycling , ensure the poop moves and is treated ....

.... stop being politically correct numpties , and signing up for the latest in emergencies and daft feel good initiatives ... stop spreading your wings and wasting our money. ..

GBH. Grievous Bodily Harm? My how at times I have, yes I am a recalcitrant thug But getting on a bit, thought that’s what they deserve. Thanks for that. Thank god I am not alone!

Oh the litigious! Best to counter sue them, string them along, wait them out till they're bankrupt. Don't hire lawyers to fight them, just put them off and file against them insistently.

As to 'increased litigation', cui bono?

Note that the article is written by (quelle surprise) a Legal Eagle.....

Councils need to roll back from vulnerable areas that will be impacted by climate change. Flood prone, and land slip prone areas may need to be abandoned. Individual ratepayers cannot and should not expect the entire community to act to protect their wealth. Personal responsibility must play a part. Insurance companies will need to step up, accurately measuring risk, and this may change across the length of a street, or even from one side to another.

Secondly Councils have chosen to play regulatory roles, in part imposed by central Government, but then failed to do it properly, although charging an arm and a leg for what they did (or should have done). they have then tried to avoid accountability for their failures. Where there are excessive costs, central Government must support the need.

But,if you listen to Judith Collins,climate change,what climate change? It's all to do with volcanoes apparently. I would love to know what Todd Muller,their CC spokesman really believes. if he has become a true believer,then he knows full well that his party is full of those who are in the Collin's camp. There is a mountain of evidence to show that the more right-wing someone is,the less likely they are to accept the scientific evidence when it conflicts with their core beliefs.

My thoughts on totally changing the legal structures of both central & local governments is getting nearer. They'll both be broke before long if what is suggested actually happens so it's a good time to look at new entities about how we function & operate as a nation & as responsible regions. Would someone (smarter than me) please write the new millennium version of tomorrows democracy that actually functions for the benefit (I hate that word) of all its people, not just the useless & the rich. How about something that values the middle classes, that great creation of the 20th Century, that provided all the f.......g taxes for every useless western government in the civilised world. Remember them?

I get exasperated with this Council , which complains about the costs of doing the basics like mowing their own roadsides (berms ) , but want more money for frivolous bullshit .

Our Councils have absolutely zero legal or constitutional responsibility for climate change ,its up to Central Government to deal with this .

Frivolous litigation by lawyers looking to milk the public and large Corporates , as we see in the US, should be banned outright

It gives them a reason to live. To fight the biggest fight the human race HAS EVER FACED!!!!!!!

And it's up to them, this plucky band of cardigan-wearers to save the world! Yes, no longer will they be treated with disdain, made to feel like their existence doesn't matter, for they are the chosen ones. Chosen to lead the world back from the brink of TOTAL CLIMATE COLLAPSE!!!!!

No more consent processing, dog license issuing, rubbish collecting or pot-hole filling for them! No! They must attend conferences! Write reports! Declare emergencies! Go on marches! Yes, yes, yes! They will SAVE THE WORLD!!!!!!

Vive The Brown Cardigan Brigade. Just make sure they are micro chipped though. That will stop them biting.

It would be interesting to be say...Tauranga City Council looking out over the golden sands of papamoa knowing full well that even now there are properties in that ara where the groundwater visably rises and falls with the tidal movement on the beach. Its only going to get worse....