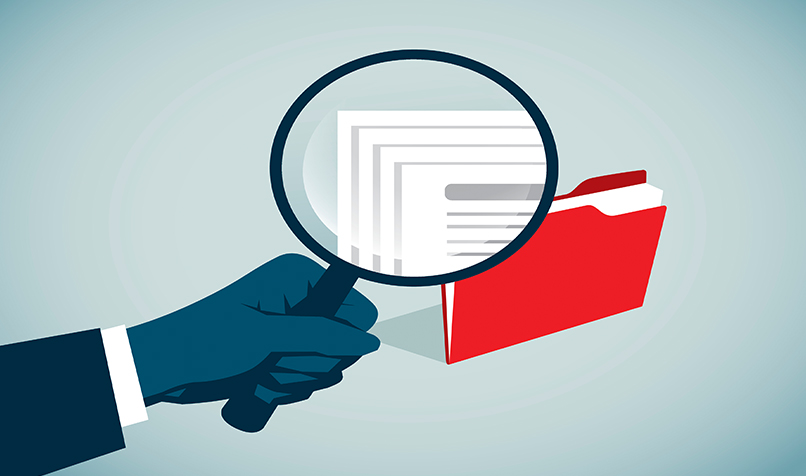 The auditing profession internationally is under the spotlight with several significant parliamentary inquiries underway in countries like the UK and Australia as a result of perceived audit failure.

What’s happening and why? And what are some possible implications in New Zealand?

As one who has spent the bulk of the past 30 years as an auditor, I can attest that auditing is not an overly sexy profession.

The brutal reality is that an audit is generally a grudge purchase. In a company context, it is commissioned by the company directors, one of the groups being reviewed as part of the audit process.

As a result, directors generally have a natural desire to make the process go away as quickly as possible and for the least cost. And yet, if subsequently there are issues found with the company’s audited financial statements that are not called out by the auditors, then the auditors will commonly find themselves subject to:

When a company goes under, often the auditor’s PI insurance makes them a more lucrative target from which to recover funds than the directors and failed entity.

This is the well-insured “last man standing” scenario. It is especially popular with litigating counsel when there is a comprehensive “rule book” of audit standards they are required to have followed.

Ironically, auditors also get a bad reputation when they do their job properly by being the bad guy.

A key role of an auditor is to be the independent professional sceptic – to test and query company-created financial information to prove its efficacy or otherwise.

Yet when auditors uncover issues with incorrect accounting treatment or overly optimistic valuations and push back on these to the company accountants, they are seen as unhelpful, obstructive and frustrating.

A common result is that they may find their audit work up for tender in the following year. Hence there are some interesting natural tensions at play.

Now if you have read this far, please don’t take this as just a “poor me” plea from auditors. Rest assured all the auditors I know are thick-skinned, ethically-independent and professionally-robust enough not to be categorised as delicate flowers. They also chose this profession of their free will.

However, recent changes and events are resulting in audit being a profession under significantly increasing pressure.

Business continues to get more complex. This is due to impacts of technology, global trade and competition, multi-national corporate structures, just-in-time production, distributed supply chains, international capital markets and a plethora of other influencing factors.

As a direct result, accounting standards have exploded in terms of number, complexity, detail, and sheer length in an effort to account for this increasingly complex financial world.

Accounting standards for capital markets are now almost truly global. (We could argue about that statement as the US as the biggest player on the world stage still likes to play its own game, but in essence we now live in a world of global standards.)

This global nature of standards, while theoretically allowing the best of the world, also means they suffer the challenge of being written by a global committee attempting to accommodate all the different business and cultural environments they will find themselves operating in.

Similarly, audit standards are now global in nature. New Zealand is an active participant in the standard-setting process but essentially still a standards taker.

While the standard-setters, both accounting and audit, consist of some wonderful technically-skilled experts, one can’t help but think of the analogy that a camel is a horse designed by a committee – and that outcome is probably a good result for any committee!

When I started auditing in the 1980s, the audit standards totalled about 25 pages if my memory serves me correctly. Now they total well over 1,000 pages and are required to be followed in every audit if applicable, no matter what size of entity. There is no such thing as a light audit.

The importance of capital markets to the health and wealth of countries has also seen an almost exponential growth in regulators in the past few decades as governments try to protect their countries’ economies. This growth has been in number as well as resourcing of regulators.

Where were the auditors?

It’s been 18 years since the collapse of US energy giant Enron and the resulting collapse of Big Five accounting partnership and Enron auditor, Arthur Andersen.

Enron was then the largest single corporate collapse the world had seen. As a result, it spurred major changes worldwide to accounting and audit standards and new financial protection legislation in some countries such as Sarbanes Oxley in the United States. It also spawned the growth of regulators.

But in spite of this, recent times have seen some spectacular financial scandals overseas.

South Africa has suffered a string of scandals, including that involving the wealthy Gupta family and their auditors KPMG, whose work was found to fall “considerably short” of the required standards.

The audit part of that story is only one contributing factor in what is a fascinating case study in connections in high places, corruption, and undue political influence to further one family’s business interests.

But KPMG’s involvement as auditors, and the highprofile nature of the case, resulted in the removal of its senior leadership in South Africa and the laying off of more than 400 KPMG staff.

While KPMG has been in the spotlight in this case, all significant audit firms have been in the regulators cross-hairs.

The UK has experienced some significant recent scandals, with the collapse of construction giant Carillion under £1.5 billion of debt, putting thousands of jobs at risk and creating significant losses to pension funds – and much public outrage. And the recent collapse of UK travel giant Thomas Cook has added even more fuel to the debate and outrage.

Calls of “where were the auditors?” in protecting the public have been loud, and resulted in significant parliamentary inquiries and regulatory action.

The Carillion case has also increased calls for auditors to be mandatorily separated from other parts of their multi-disciplinary firms.

The logic is that it would force them to be truly independent and not motivated by cross-selling opportunities that might earn their firms impressive fees but, in doing so, impair their independence.

While this separation seems logical at one level, it also poses significant practical challenges: firstly, for the sustainability and economics of a pure audit business model (for an undervalued service), and secondly because of the increasing need for auditors to have access to multi-disciplinary skills in an increasingly complex business world in order to be effective in their role as auditors.

However if separate audit firms are mandated in the UK, this may cause similar requirements to be mandated in other countries.

Sadly, with the increasing complexity of business and in spite of all the attempts to improve matters, I feel this expectation gap may have actually increased.

Auditors are an important part of the financial information supply chain. But they are only one part of that chain.

Others include management preparers of the financial information, the governance board ultimately responsible for it, regulators, analysts and others.

While auditors provide an independent opinion on financial information audited, they do not remove the primary responsibility for that information from those primarily responsible – ie, the board of directors or governance body of the entity.

It has been argued that “today, the standard audit opinion is an outmoded product that nobody values, at a cost that nobody wants to pay. Its requirement by regulators inhibits evolution to assurance of real usefulness and exposes the Big Four to litigation they cannot afford.”

But it has also been argued: “The independent audit serves a vital role in our capital markets by providing an objective third-party opinion on the integrity of financial statements that investors rely upon for investment decisions.”

Those statements, and the conflict between them, represent the challenge being faced by the audit profession.

All of this reveals the audit profession as one currently under pressure.

Attracting the best and brightest, as well as maintaining sufficient players in the game to enable competition and choice, is likely to be an increasing challenge unless some key changes can be made.

And possibly the most important change is a deeper understanding of the role of audit in the financial reporting supply chain, and what it can and cannot do.

Craig Fisher FCA is a former audit partner and now consultant at RSM. He is an independent Councillor at ADLS, a member of the NZAuASB, and a specialist regarding not-for-profit and charitable entity issues. The views expressed here are entirely his own. This article originally appeared in LawNews (ADLS) and is here with permission.

People are, quite rightly, asking if the value of services delivered has been reduced to box ticking and ticket clipping. It's more of a question of conduct and culture that has been highlighted by recent events, did auditors actually do the right thing in all cases or has their professionalism been found wanting on occasion?

A very good article.
I do think it would have been useful if the author had detailed the difference between Internal Auditing and External Auditing as both of them have separate but complementary roles in providing assurance. Internal Auditing is where most of the value add for an organisation often resides.