From the latest court ruling, businesses are advised to review their standard-form contractual terms to ensure they are fair and transparently presented; and front-foot the upcoming expansion of the UCT regime to some B2B contracts

Business
From the latest court ruling, businesses are advised to review their standard-form contractual terms to ensure they are fair and transparently presented; and front-foot the upcoming expansion of the UCT regime to some B2B contracts
25th Nov 19, 10:24am by Guest 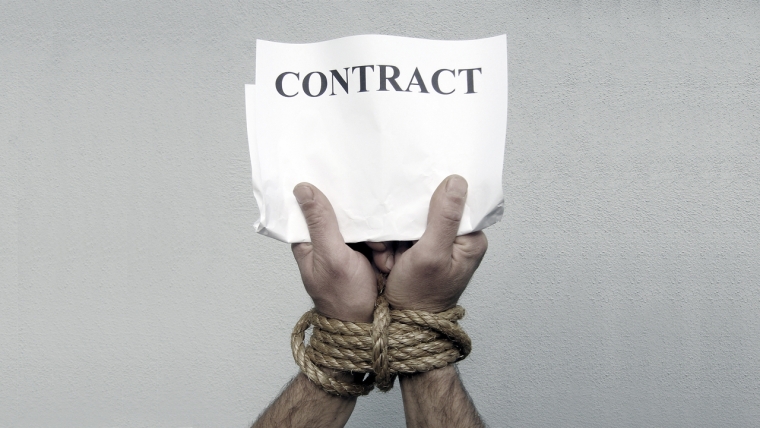 By Richard Massey and Tim Shiels

Almost five years after the introduction of the Unfair Contract Terms (UCT) regime, the first declaration that a contract is “unfair” was issued last week.

In Commerce Commission v Home Direct Limited, the High Court has provided welcome guidance on the scope of the UCT regime and the importance of transparency in assessing whether terms are unfair.

The terms in issue arose under consumer credit contracts offered by Home Direct, which operated what it called a “voucher entitlement scheme.”

Under this, Home Direct would continue to debit amounts from customers, even after they had repaid what they owed on credit sales, with each such amount converted into a “voucher entitlement”.

Customers could use their voucher entitlements only to make future purchases from Home Direct.

The terms meant voucher entitlements could not be refunded or exchanged for cash and would expire after 12 months. The court found these terms were unfair and granted the declarations sought.

Given the clearly prejudicial nature of the scheme, it may have been seen as a safe bet for the commission’s first application under the UCT regime. However, as discussed below, it has relevant takeaways for all consumer facing businesses, including the importance of transparency.

Home Direct sold various consumer goods on credit via its website and its mobile “truck shops”. As summarised above, its voucher entitlement scheme allowed it to continue to debit amounts from customers after they had repaid what was due under the credit contracts. Those amounts were described in the terms as “voucher entitlements” and could be used only to purchase further goods from Home Direct.

Customers could opt into the scheme by initialling a checkbox (as part of a series of boxes) on a standard-form purchase agreement. The checkbox cross-referred to terms and conditions which were available online. According to those terms:

The checkbox on the purchase agreement also cross-referred to “Important Information” set out on the back of the agreement. This explained that the entitlements could not be exchanged for cash but was silent as to the expiry of the entitlements.

The scheme participants regularly forfeited voucher entitlements (totalling approximately $644,000 over several years). The commission investigated and applied for a declaration that the terms about refunds and expiry were unfair.

The UCT regime is set out in the Fair Trading Act (FTA) and allows the commission to apply to the court for a declaration that a term in a standard form consumer contract is unfair. A term is unfair if the following three requirements are met:

In weighing those factors, the court must take into account the extent to which the challenged term is transparent, and the contract as a whole. If the court declares a term to be unfair, it cannot be applied, enforced or relied upon. Doing so carries a penalty of $600,000.

The FTA includes a grey list of terms which are potentially unfair (although interestingly, the terms at issue in Home Direct did not fall within those examples).

Application to the case Justice

Matthew Muir applied the three elements of the test above as follows:

Much of the judgment focused on the mandatory consideration of transparency. In particular, the judge commented that:

Ultimately, the judge inferred from the above that many of those who opted into the scheme would not have been aware of the full implications of their decision. The court granted the declaration sought.

The judge left open the question as to whether the terms could have been saved by greater transparency, or whether (even if starkly presented to customers) the relevant terms would have been unfair. The interplay between transparency and substantive unfairness therefore remains to be refined in more balanced cases.

Although the Home Direct scheme represents relatively low-hanging fruit for the commission, the decision has relevant takeaways for all consumer-facing entities that rely on standard-form agreements.

In particular, the judgment highlights that even in situations where a customer has expressly confirmed consent to specific terms, those terms may still be found to be unfair and unenforceable.

In addition, MBIE recently said the UCT regime would be expanded to capture certain business-to-business contracts with a value below $250,000, and to introduce a prohibition against unconscionable conduct.

In view of that expansion in scope and the growing relevance of the UCT regime, the clarification provided in Home Direct is a timely reminder for businesses to: carefully review their standard-form contractual terms to ensure they are fair and transparently presented; and front-foot the upcoming expansion of the UCT regime to some B2B contracts.

Richard Massey is a senior associate and Tim Shiels a solicitor at Bell Gully. This article originally appeared in LawNews (ADLS) and is here with permission.

I tried to take a case to the Commerce Commission re Unfair Contract Terms in mortgage documentation. The essence of my claim was not dissimilar to that of Home Direct.
Our banker provided us with an Offsetting Home Loan that stated that "Any credit balance you have in specific accounts can be offset against the debit balance of your home loan, and interest is payable on a daily basis on any net debit balance"
Sounds good!
But when that net balance is in credit ( more money on deposit than loans outstanding) the bank still charges the "Scheduled Repayment Amounts" each week; that is a calculation of Principal and Interest, regardless of the fact that there is no Interest payable in this case.
What they do is convert the redundant 'interest' amount, assessed by the Scheduled Repayment Amount, and convert that into enforced Principal Repayments, regardless of whether that is wanted or not. ( it should be optional)
Needless to say, the Commerce Commission didn't want to know, and the Banking Ombudsman proclaimed 'Unfair Contract terms aren't in their jurisdiction"
(Sigh)

Home Depot again. I would like to see media telling us who are the people who own and control that outfit. Including door stopping them and cameras in their face.
We need to hear more about the personal behaviours and less about the bureaucracy of the issue.