East Asia has a long tradition of forward-thinking policymaking. At a time of serious economic, political, and social challenges, the region must uphold that tradition – or Latin America’s tumultuous present may be its future

Business
East Asia has a long tradition of forward-thinking policymaking. At a time of serious economic, political, and social challenges, the region must uphold that tradition – or Latin America’s tumultuous present may be its future 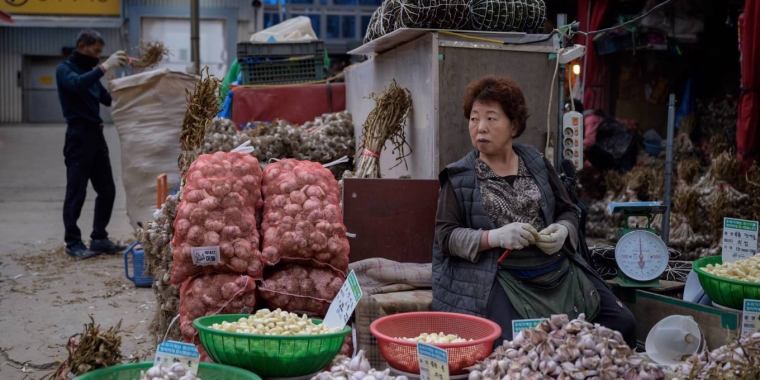 Popular discontent is fueling protest and paralysis across Latin America. If East Asia isn’t careful, it could be next.

In Ecuador, protests against anti-austerity measures, including the reduction of fuel subsidies, forced President Lenín Moreno to declare a state of emergency. In Chile, it was a modest increase in Santiago’s metro fares that triggered large-scale demonstrations, which soon evolved to take aim at inequality and weaknesses in the education and pension systems.

In Argentina, the people expressed their economic frustrations at the ballot box, electing the Peronist presidential candidate Alberto Fernández. In Bolivia, the electoral route was compromised: President Evo Morales violated the constitution by standing for a fourth term, declared victory despite widespread concerns about fraud, and then resigned after weeks of protests.

While the details vary, there is a common thread in all of these movements: the belief that governments are not working for ordinary people. As Daron Acemoglu and James A. Robinson have observed, the extractive institutions on which many Latin American economies depend protect the interests of the rich and elites. Across the region, inequality has been skyrocketing, and there is little reason to expect political power structures favoring those same privileged people to address it. After years of economic stagnation and even crisis, the public’s patience has worn thin.

To be sure, many Latin American leaders have, in recent decades, risen to power on the promise of leveling the playing field. And their interventions – including income redistribution, fiscal and monetary expansion, protectionism, discriminatory regulation, and capital controls – did bring some short-term benefits, particularly to the poor.

But, such measures were often plagued by populism and, ultimately, did more harm than good. Relying on commodity revenues to fund their social programs, these leaders failed to diversify their economies or improve economic fundamentals. Excessive fiscal and monetary expansion made these economies unstable. Current-account deficits grew, resulting in frequent foreign-exchange crises.

The combination of social polarization, inadequate institutions, and weak economic fundamentals has made it difficult for even reform-minded governments to escape the trap of short-termism and lay the groundwork for long-term development. In this context, “neoliberal” reforms – such as the rapid economic opening and financial liberalization promoted by the International Monetary Fund – made economies even more vulnerable to external shocks.

Venezuela is a case in point. From 1999 to 2013, the populist Hugo Chávez used the country’s oil revenues – bolstered by rising global commodity prices – to finance large-scale welfare programs, rather than investment in new industries. His handpicked successor, Nicolás Maduro, attempted to follow in his footsteps. But when global oil prices plummeted in 2014, the fiscal deficit soared. The subsequent monetary expansion fueled hyperinflation, making it impossible for millions of Venezuelans to afford basic goods such as food and medicine. Venezuela is now mired in a humanitarian crisis that has already driven more than four million people to flee the country.

A similar story has unfolded in Argentina, where it was the Peronist President Cristina Fernández de Kirchner who, upon taking office in 2007, used commodity revenues to expand welfare spending and public-sector employment, thereby increasing the economy’s vulnerability to external shocks. When Mauricio Macri took over in 2015, the economy was in dire straits, with limited access to international capital markets. Yet voters resisted the needed reforms, owing to their short-term costs. Macri failed to overcome that resistance, and it is far from clear that Fernández – whose vice president is none other than Kirchner – will do any better.

East Asian economies avoided many of these mistakes over the last half-century, implementing carefully designed economic-development plans that fostered export competitiveness and technological progress. Throughout this process, strong and inclusive institutions ensured the effective functioning of markets, supported sound macroeconomic management, and upheld the rule of law.

As a result, East Asian economies achieved “growth with equity,” which lifted them from middle- to high-income status. In 1970, per capita incomes in Hong Kong, Singapore, South Korea, and Taiwan were lower than those in Argentina and Venezuela; today, they are much higher.

But East Asia must not underestimate its potential for political crisis. In recent decades, the region’s long-term growth potential has declined and income distribution has worsened – trends that populations blame, at least partly, on their political leaders. Not surprisingly, populism is on the rise.

In South Korea, President Moon Jae-in’s administration has pursued policies that include sharp increases in the minimum wage and social welfare spending. As Latin America’s experience has starkly demonstrated, while fiscal transfers may help to bolster a sluggish economy and strengthen the social safety net, a rapid increase in unproductive spending could weaken economic fundamentals in the longer term.

The situation in Hong Kong – which has been roiled by nearly six months of increasingly violent protests – is somewhat different. There, the target of protesters’ ire is China’s central government, which they argue is violating the “one country, two systems” framework that defines the city’s relationship with the mainland. But key sources of popular frustration – such as soaring property prices, which exacerbate inequality – are familiar.

Finally, East Asia must make sure that it holds its political leaders accountable. To that end, countries should continue to fortify their institutions (including an independent judiciary), protect free and independent media, and nurture a vibrant civil society.

East Asia has a long tradition of forward-thinking policymaking. At a time of growing economic, political, and social challenges, upholding that tradition has never been more important.

That productivity countries young demographics, mostly chasing that charade word of growth. Cannot separate it from Export driven results. How big your export? how big is the import? - facing every nations on the planet for their own trade balances. So pause, imagine when secondary consumption through importation have to stop for certain reasons - worst, if it's collectively happened.