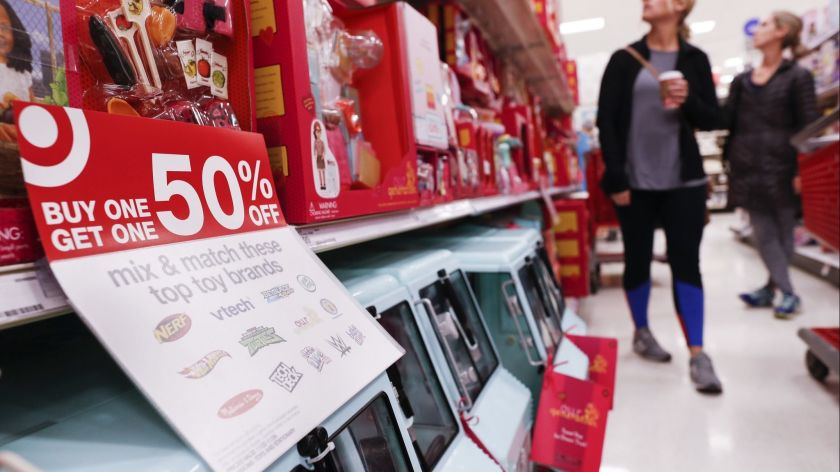 The running total pre-Christmas spend since 13 November, 40 days so far, is $8317 million, up 3.4% on a comparable group of merchants in 2018. The running pre-Christmas total is expected to surpass 2018 levels today, with another trading day still to come.

Spending last week and over the weekend was generally below year-ago levels, with the exception of Friday, a pattern consistent with an expected busy last two days.

In the seven days ending Sunday 22 December spending was down slightly against the same dates last year amongst Supermarkets (-0.2%) but up amongst Liquor retailers (+0.6%).

Within the core non-food retail sector, spending was generally down on last year, including amongst Clothing retailers (-12.0%), Appliance stores (-10.6%) and Jewellers (-2.3%) but up amongst Booksellers (+4.9%).

Outside the retail sector, spending was up slightly last week, including amongst Automotive service providers (+7.4%), Dentists (+9.4%) and Drycleaners (+10.8%).

Consumers are now waiting for the Boxing Day and several weeks sales!

And for the unblokes ( our good ladies ) to go to the mall ... they're more adept , more skilled at boxing than us ...

What a profound statement. You are clearly highly educated!

How can you trade with an impoverished renter class that is living week to week on zero hour contracts? I am finding it harder and harder to do business with working class NZ, they need certainty in their personal economy.

Zero hour contracts have been illegal since April 1 2016.