Craig Fisher analyses the 2020 BlackRock letter to CEOs, explains why it is important, and why everyone should consider how the issues raised impact them and respond appropriately

Business
Craig Fisher analyses the 2020 BlackRock letter to CEOs, explains why it is important, and why everyone should consider how the issues raised impact them and respond appropriately 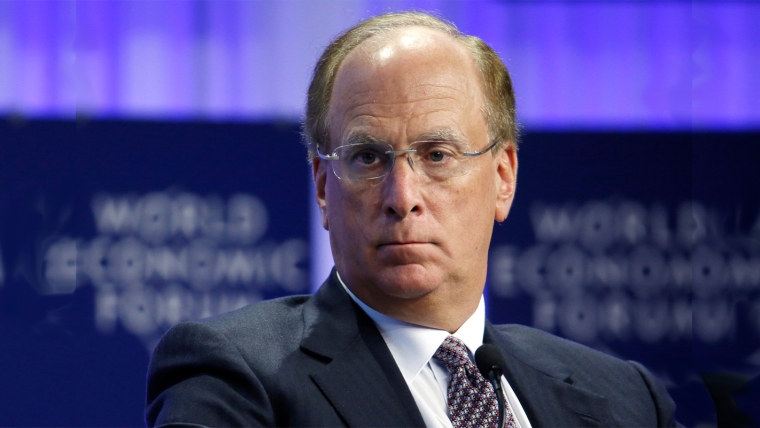 Larry Fink’s annual letter to CEOs of companies in which BlackRock invests are fast obtaining a well-deserved reputation as a must-read. They are usually ahead of the curve or at the very least “on the money” about issues that should concern companies.

For anyone not aware, BlackRock has earned its reputation for being “on the money”. It’s a global investment manager of eye-watering proportions and reputed to be the world’s largest money manager with nearly $7 trillion of assets under management.

And those are US dollars and hence worth a bit more than our humble Kiwi currency. As such, BlackRock under Fink is a very influential investor; when it speaks, the companies it invests in tend to listen. Or at least they would be wise to listen.

Having said that, its pronouncements have not been without controversy.

The past two years’ letters, for example, suggesting the importance of purpose over profits, resulted in a lot of debate and even outright angst.

The key concept was that continuing to adopt an ingrained, short-term, myopic, shareholder-return-is- the-goal strategy would lead only to moral, and eventually financial, bankruptcy. Instead, Fink astutely observed that “society is increasingly looking to companies, both public and private, to address pressing social and economic issues”.

In essence, it was a call for purpose over profit. Or at least an appreciation that “purpose is not the sole pursuit of profits but the animating force for achieving them”.

Many saw this message as a direct attack on the concept of shareholder primacy and pure capitalism. From a legal perspective it raises interesting questions about the role of directors.

Others saw it as advice to business, reflecting sustainability best practice and as fantastic news for anyone concerned about the rising issues of social disruption and environmental destruction.

The letter highlights climate change as a defining factor in companies’ long-term prospects.

It also expands on how this is likely to lead to a fundamental reshaping of finance, especially if investors are unable, or unwilling, to estimate the impact of climate risk over a long timeline such as the traditional 30-year mortgage – a key building block of international finance. Or if there is no viable market for flood or fire insurance in impacted areas.

Astute investors are increasingly recognising that climate risk is investment risk. The questions arising from this are likely to drive a profound reassessment of risk and asset values.

Fink observes that capital markets tend to pull future risk forward. As such, capital allocations may change faster than climate change itself. Hence, and possibly sooner than most anticipate, there will be a significant reallocation of capital.

Coordinated action on climate change towards a low-carbon world must be led by governments. It is important for these transitions to be managed equitably but companies and investors also have a meaningful role to play.

Fink makes a strong call for all investors, along with other key stakeholders such as regulators, insurers, and the public, to have a clearer picture of how companies are managing sustainability-related questions.

They need to transparently show how their strategies are sustainable.

“This data should extend beyond climate to questions around how each company serves its full set of stakeholders, such as the diversity of its workforce, the sustainability of its supply chain, or how well it protects its customers’ data,” Fink says. “Each company’s prospects for growth are inextricable from its ability to operate sustainably and serve its full set of stakeholders.

“Over time, companies and countries that do not respond to stakeholders and address sustainability risks will encounter growing scepticism from the markets, and in turn, a higher cost of capital. Companies and countries that champion transparency and demonstrate their responsiveness to stakeholders, by contrast, will attract investment more effectively, including higher-quality, more patient capital.”

The key point about appropriate transparency is that in the absence of robust disclosures, investors, including BlackRock, will increasingly conclude that companies are not adequately managing risk.

“But the goal cannot be transparency for transparency’s sake. Disclosure should be a means to achieving a more sustainable and inclusive capitalism. Companies must be deliberate and committed to embracing purpose and serving all stakeholders – your shareholders, customers, employees, and the communities where you operate.”

Unsurprisingly, any such announcement also draws its share of criticism, and from both CEOs and climate activists.

Some climate-activist critics are saying while BlackRock’s actions and letter are a step in the right direction, it is not doing enough itself, especially as it remains a significant investor in coal, oil and gas. Other CEOs and corporates have criticised BlackRock for engaging in PR rather than action.

There has also been criticism of sustainability or ESG (Environmental, Social, Governance) reporting. A recent Harvard Business Review article noted “most sustainability reporting is unreliable, inconsistent, and largely covers factors that are immaterial both to the economic performance of the company and to the company’s global impact”.

So, if Fink is correct in predicting capital will increasingly be allocated to companies with the most sustainable business models, then investors will need new sources of data to understand and anticipate the economic significance of sustainability strategies.

This will be the significant communication challenge in the next few years for companies and their directors and advisors.

Whether you agree wholeheartedly or gnash your teeth in outrage, these messages from the world’s largest money manager are worth pondering.

Undoubtedly, significant threats and uncertainties are being posed to the traditional economy and financing as we have known it. However, as with any change, there are also significant potential opportunities.

Realising these will require companies, their directors, and their advisors – including their lawyers and accountants – to consider how the issues impact them and respond appropriately.

Those who get this right potentially have a lot to gain. Those who ignore it do so at their peril.

Craig Fisher FCA is a chartered accountant and a consultant at RSM. He is an ADLS council member. This article originally appeared in LawNews (ADLS) and is here with permission.

What Finc talks about has been a problem for years, corporates, big business, multi-nationals and especially the banks all acting and talking as if somehow they are above society, not a part of it. They actively avoid paying taxes, lobby governments to enact legislation that favours them, act with a frightening degree of impunity in many areas, and generally think they are not and should not be accountable. Much of the mess the world is in is due to them - and this includes financial, ecological and yes the political differences including wars. And they have all profited hugely from these. Responsibility and accountability needs to be put where it belongs.

There has to be a cost to these corporates and banks who think and act as if they are above the rest of the society. That can only come in the form of some kind of taxation of revenue/income. It is high time the Nations of the World unite to tame these entities and use the proceeds to mitigate the bad effects of their practices. Hit them in the pocket.

Here's some interesting number for those that think we should keep building 4 lane motor-ways because ice will be replaced by electric..

The UK government was warned last year by a group of independent scientists that its just not possible:
"To replace all UK-based vehicles today with electric vehicles (not including the LGV and HGV fleets), assuming they use the most resource-frugal next-generation NMC 811 batteries, would take 207,900 tonnes cobalt, 264,600 tonnes of lithium carbonate (LCE), at least 7,200 tonnes of neodymium and dysprosium, in addition to 2,362,500 tonnes copper. This represents, just under two times the total annual world cobalt production, nearly the entire world production of neodymium, three quarters the world’s lithium production and at least half of the world’s copper production during 2018. Even ensuring the annual supply of electric vehicles only, from 2035 as pledged, will require the UK to annually import the equivalent of the entire annual cobalt needs of European industry…"

Actually motivation for recycling everything. In a finite world all companies should be looking to manufacture product only from resources that can be recycled. For many core materials this will be easy, and is already done. But for a lot more, such as composites it is not, and perhaps cannot be done.

It would be wise for NZ to be catching up and even getting ahead with recycling. Plastic is numbered from 1 to 7 plus various with no number; is it true that only no1 and 2 are recyclable and if so how many do we actually recycle?
In my youth all beer bottles had a return value; never saw a beer bottle lying around; shouldn't everything non edible have a return value?

Depends on who your waste management/recycling company is Lapun, as to what numbers are recyclable. Some take 1-7, some only 1&2.

Electric is just never going to take over because there is simply to many people on the planet. As a matter of fact all our problems are now being caused by to many people on the planet. Blackrock are muzzled when it comes to the real issues, they are hardly going to say the markets are going to crash are they ? so many investors so what they say matters, if they say the market will crash it will crash. As I have said before the petrol car has simply not be optimized and this is due to people again wanting bigger and bigger cars like the aerodynamic bricks that are SUV's. Get serious with smaller, lighter cars with sub 1000cc engines and turbochargers and electric as well to use the regenerative braking and crawling along at slow speeds where the petrol engine gets turned off.

That certainly has to be a part of the solution for commuting for some in the major centres (and elsewhere). Solar panels on the roof too to help charge the batteries. But even recycling of batteries poses an ecological problem, so we are still a long way from an enduring solution.

Oh yes I totally agree with your comment on population, but no one wants to get serious about that one! The solutions there are going to be very unpalatable no matter which way they go!