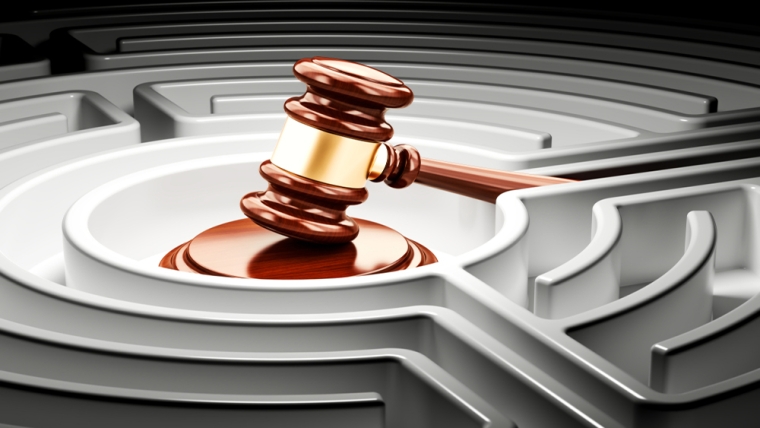 By David Friar and Tim Fitzgerald

When a company enters troubled financial waters, directors face difficult decisions about when and how to continue to trade. They have several core duties and are exposed to personal liability if they breach them.

In a significant new decision about the liquidation of Debut Homes, Madsen-Ries v Cooper[2020] NZSC 100, the Supreme Court has restated the duties that apply. The court found the director, Leonard Wayne Cooper, was personally liable for continuing to build four properties while there was a shortfall to creditors.

In doing so, it disagreed with the Court of Appeal, which had said Cooper made a “perfectly sensible business decision” that was likely to improve the return to creditors.

While the decision clarifies aspects of the law, the difference on the facts between the Court of Appeal and Supreme Court highlights the real risks that directors face, particularly given the current economic environment.

Debut Homes was a residential property development company. By the end of October 2012, it was in financial difficulties, with a substantial debt owed to the IRD. It also had four properties yet to be completed.

The director discussed the company’s financial position with the its accountant. The accountant said there would be a GST deficit of at least $300,000 if the company completed those properties, as compared with an immediate liquidation.

The director decided that creditors as a whole would be better off if the company completed the outstanding properties. It completed the work and in doing so made repayments to secured creditors, whose debts were personally guaranteed by Cooper and his trust.

Nothing was left to pay the GST liability arising from the sales. The company was later placed into liquidation on the application of the IRD.

The High Court found Cooper had breached his duties. It considered he knew there would be a significant shortfall to the IRD but nevertheless elected to complete the properties. The court said Cooper’s decision was improper.

The Court of Appeal reversed the decision. It said there would have been a shortfall to the IRD even if the company had elected not to complete the properties. In the Court of Appeal’s view, it was a “perfectly sensible business decision” that was likely to improve the return to creditors rather than cause them loss.

The Supreme Court reversed the Court of Appeal and reinstated the High Court’s decision. In doing so, it addressed several key issues relating to directors’ duties.

If a company cannot return to solvency, directors must start an insolvency or restructuring process.

An important consideration for the Supreme Court was that by November 2012, it was clear there would be a shortfall to creditors under any realistic scenario. Further, it was not enough that the overall shortfall would be reduced by ongoing trading. The court ruled that if there is a shortfall, some form of insolvency or restructuring mechanism is required.

That could be a formal insolvency process, such as a liquidation, receivership, creditors’ compromise, scheme of arrangement or voluntary administration. It could also be less formal, such as an informal compromise with creditors, if this were done in a way that is consistent with the directors’ duties and involved all classes of creditors.

The touchstone in each case is the involvement of all classes of affected creditors and a corresponding loss of absolute control by the directors. Directors in these circumstances who continue to operate without reference to creditors are at risk of breaching their duties.

Continuing to trade a company that cannot be returned to solvency is reckless trading, even if trading would benefit creditors as a whole.

Under the Companies Act, directors must not engage in reckless trading. The Supreme Court ruled that Cooper had breached that duty here by continuing to trade.

The court emphasised that by November 2012, Cooper knew that completing the properties would lead to a GST shortfall of at least $300,000 – a loss that was certain, and it was serious.

The court said if continued trading would result in a shortfall to creditors without engaging a formal or informal insolvency mechanism, then there was a breach of the director’s duty not to engage in reckless trading. Importantly, it is not an answer to a claim for breach of duty that some creditors were better off as a result or that the overall deficit to creditors was projected to be reduced.

Directors can “agree” to involuntary obligations such as tax debts.

They also owe an obligation under the Companies Act not to agree to the company incurring obligations without a reasonable belief that it can perform them.

The court rejected Cooper’s submission that the duty applies only to contractual obligations incurred with the agreement of the director, rather than tax debts. It said the duty applied here because Cooper had allowed Debut Homes to enter into the sale and purchase agreements knowing this would result in the company incurring a GST liability. As Cooper knew the company could not meet the GST liability, the duty had been breached.

The court said it was not legitimate to enter into a course of action to ensure some creditors had a higher return where this can be achieved only by incurring new liabilities to other creditors which will not be paid.

The duty to act in good faith in the best interests of the company is subjective.

It also said the director’s actions should not be judged solely in hindsight. However, the court considered that a director could not subjectively believe he or she was acting in the best interests of the company in an insolvency scenario if he or she had failed to consider the interests of all creditors, including prospective creditors.

Directors are particularly at risk of breaching this duty if they have a conflict of interest: for example, if they are also a creditor of the company or guarantor of some of the company’s debt and have an incentive to favour certain creditors over others.

As a result, the court found Cooper had breached the duty here.

The court also addressed the appropriate remedies for a breach of directors’ duties – an issue of particular interest as we await the decision of the Court of Appeal in the Mainzeal litigation.

The Supreme Court held that although duties are owed to the company rather than to creditors, the consequences for directors will not necessarily be measured in terms of a company’s financial loss.

If directors have breached a duty of loyalty, or if they breach duties by incurring obligations without a reasonable belief that they can be met, then other remedies are possible. These include orders that directors restore property they have received from the company and/or pay compensation measured by reference to debts a company has incurred.

The court also held that although the remedy was primarily compensatory, the courts were also entitled when assessing the appropriate remedy to consider the need to deter directors from breaching their duties.

The Supreme Court restored the orders made in the High Court under which Cooper was required to pay $280,000. It also partly set aside a general security agreement securing a further advance made to the company by Cooper’s trust after November 2012, on the ground that it would not be just and equitable for the trust to receive the funds the liquidators would recover from Cooper for breaching his duties.

The stark differences between the approaches of the Court of Appeal and the Supreme Court show the genuine challenges for directors of a near-insolvent company when deciding whether to continue trading.

The key in this case was Cooper’s knowledge that the company could not meet the GST liability that would arise from completing the properties. In those circumstances, the court considered that a decision on whether to continue to trade should have been made in the context of a formal or informal insolvency process in which all creditors had the ability to participate.

The position might be different where there is less certainty about whether there would be an ultimate shortfall or while a director is pursuing the possibility of a formal or informal insolvency process. In these circumstances, directors are likely to be allowed time to understand the company’s position and options. Indeed, there may be circumstances when continuing to trade is a reasonable risk even if the company does ultimately fail.

In its judgment, the Supreme Court acknowledged uncertainty about the parameters of directors’ choices in such situations but decided not to give any guidance on these issues in its decision.

David Friar and Tim Fitzgerald are partners at Bell Gully. Senior associates Nick Moffatt and Sarah Leslie also contributed to this article. It originally appeared in LawNews (ADLS) and is here with permission.

Good article.. well summarised. Based on the facts, it looks like he tried to stiff IRD over creditors to which his trust was guarantor... clearly guided by personal gain imo