James K. Galbraith attributes the supply-chain problem in the US to a system that was built for efficiency, not resilience

Business / opinion
James K. Galbraith attributes the supply-chain problem in the US to a system that was built for efficiency, not resilience 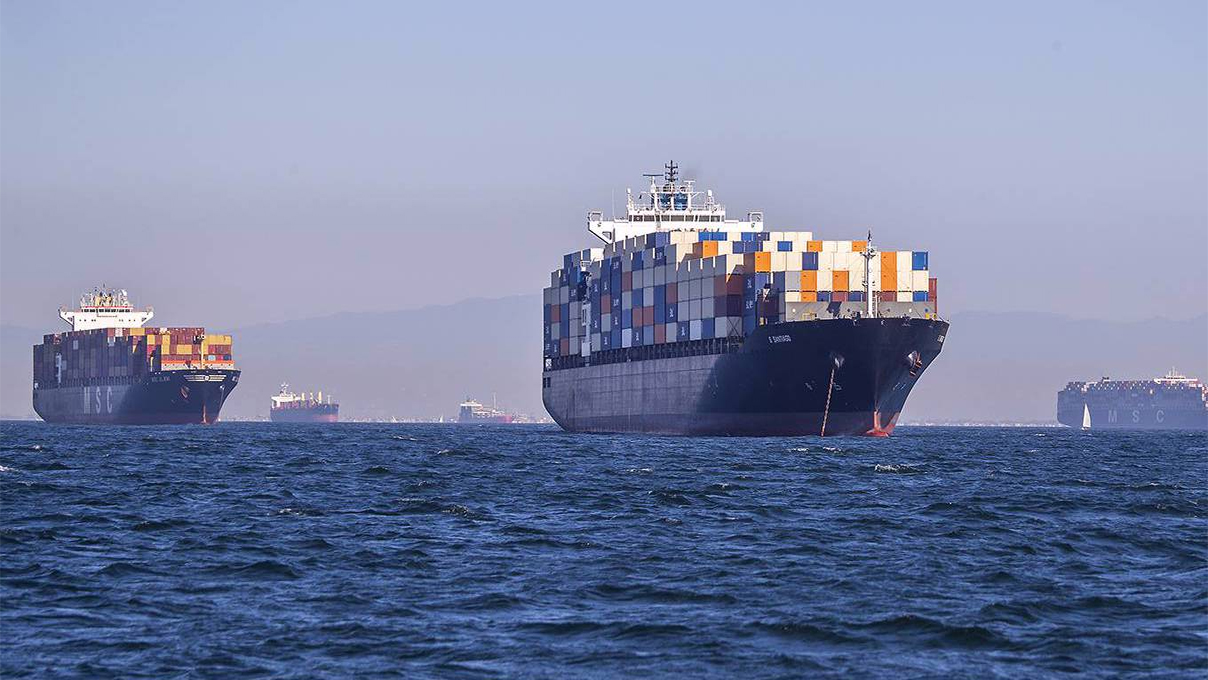 A supply chain is like a Rorschach Test: each economic analyst sees in it a pattern reflecting his or her own preconceptions. This may be inevitable, since everyone is a product of differing educations, backgrounds, and prejudices. But some observed patterns are more plausible than others.

Consider the following sampling of perspectives. For Jason Furman, formerly US President Barack Obama’s chief economic adviser, and Lawrence H. Summers, a former US secretary of the treasury, today’s supply-chain problem is one of excessive demand. According to Furman, it is a “high class” issue that reflects a strong economy. The “original sin” was the American Rescue Plan, which provided too much support through funds disbursed directly to US households.

For John Tamny of RealClearMarkets, the supply-chain problem is one of “central planning.” Had President Joe Biden’s administration not sent directives to port managers, free markets would have sorted everything out. And for Awi Federgruen, a professor of management at the Columbia Business School, the issue is inefficiency, the remedy for which is to work harder and do more with less.

None of these interpretations withstands scrutiny. The excess demand story fails on a glance. After all, there is no shortage of goods. Ships bearing the supply – 30 million tons of it – are sitting right now outside US ports, with more on the way. Nor have production prices risen by much. Most of the “inflation” so far has been in energy (driven partly by a rebound from the pandemic slump) and in used cars and trucks, previously produced goods that are in demand because of the semiconductor shortage affecting automakers.

And no, that particular shortage is not the result of “excess demand,” either. During the pandemic, chipmakers predicted a bigger shift in the composition of demand – toward household gizmos and away from cars – than actually occurred. Now they have too much of one kind of chip and not enough of another.

As for the “central planning” jibe, that is to be expected from certain circles. The implication is that all would be well if only the Biden administration had not been paying attention. Never mind that the extent of Biden’s intervention was merely to urge port managers to work “24/7” to get the boats unloaded – an idea that one assumes would have already crossed their minds.

The point about “efficiency” gets closer to reality, except that the problem is not too little efficiency, but too much. To be precise, the extreme efficiency of today’s global supply chains is also their fatal flaw. Well-run ports are models of high throughput and low costs. They incorporate docks, railheads, truck bays, storage areas, and heavy-lifting equipment to suit the traffic they expect. Building capacity beyond a small margin of safety would be a waste.

In normal times, any excess capacity sits idle, yielding no revenue while interest on the debt issued to build it still must be paid. Over time, efficient operators will minimize the excess and keep the docks and machinery they have humming away. The spectacular success of global supply chains – up until now – reflects the relentless operation of this principle.

In the pandemic slump, much of America’s port capacity was briefly idle. When production stopped and container ships remained anchored in Asian ports, American trucks left their own empty containers to pile up at the ports, awaiting ships to carry them back to Asia. But then demand revived and production restarted – even accelerated – as households diverted income from services to goods. The ships bearing the goods started showing up again. But there was a new problem: to offload full containers, one must have a place to put them. According to press reports, the yards and warehouses were already filled with empties. Moreover, trucks bearing fresh empties could not unload them, and thus could not take on new containers.

And so, the cargoes sit and wait. Partial solutions – stacking the empties higher, for example – can go only so far. Over a longer period, new docks and rail lines can be built. But all of that takes time, land (which is not easy to find, it turns out), and heavy equipment, which itself must come from somewhere, possibly by ship.

A supply chain is an entire ecology, a biophysical entity. It requires all of its parts to function smoothly all of the time. Failures are not isolated to one segment, nor can they be fixed with a simple increase in prices or fees, or by some rapid change in techniques. Instead, they cascade through a system that was built in a specific way; a breakdown in one part can become a general one.

In his remarkable 2011 book, The Global Minotaur, the economist (and future Greek finance minister) Yanis Varoufakis compared the United States to the mythical monster that lived in a labyrinth from which nothing that entered could escape. For 40 years, the US economy has taken in the consumption goods produced by Japan, South Korea, China, and others. To sustain the insatiable Minotaur, the world built a global labyrinth of ports, ships, more ports, warehouses, storage yards, roads, and rails.

Then, one day, the Minotaur got sick and missed a meal. The next day, he sought to catch up by eating four meals, only to find that his gullet was not quite wide enough to get them all down. So, now the Minotaur sits, choking and helpless, hoping the blockage will clear. If it doesn’t, the consequences could be grave. If choking the beast in this way had occurred to Theseus, he might not have needed Ariadne, her sword, or her ball of yarn.

*James K. Galbraith, a former executive director of the Joint Economic Committee, is Professor of Government and Chair in Government/Business Relations at the Lyndon B. Johnson School of Public Affairs at the University of Texas at Austin. He is the author of Inequality: What Everyone Needs to Know. Copyright: Project Syndicate, 2021, and published here with permission.

Galbraith.  Familiar name of course.  I'm sure the Galbraith I read in High School and Uni was John, James' father.

Looked up his WIkipedia:  https://en.wikipedia.org/wiki/James_K._Galbraith

JPow may be right- inflation may be transitory.

Completely agree, we’ve had decades of refining lean systems and choreographing the intricate trade machine to where one chipped tooth on a critical cog could foreseeably throw the whole finely geared balance into chaos- we’ve had much more than one chipped cog, essentially a wrecking ball has been thrown into the gears and while ‘transitory’ might technically be true - it doesn’t speak to the timescales needed to untangle the mess and recondition the system.

Yep, sure is interesting - spot on comment - and a good article from the author.

The bible is Tainter's Collapse of Complex Societies. We knew this was coming; the question now is whether the choke-points can be untangled faster than the blockages appear - given the debt-bubble already blown, the lack of 'economic tools' remaining, and the worsening quality of all remaining resource stocks,

Of an exponentially-increasing number of houses, at 30% of what they were bought for?

It raises interesting questions, such as would you rather pay 20% more for excess capacity all the time and a more resilient system, or 20% less, with major disruption once per 50 years or so.

Pay with what?  That was something Galbraith senior questioned, 60 years ago. Question is as valid now, as then.

Been arguing for a while now that our Government should be looking towards building national resilience. It is nice to see that there are others who are pushing too. To me this is a clear lesson from COVID. But heads in the sand will deny and obfuscate right to the point of collapse and then they will claim they didn't realise it was that serious.

The problems are piling up between COVID and global warming. To work on national resilience we could be better placed to manage both, but there is no courage in the castle!