NZ-China Council's John McKinnon says trade diversification remains as important as ever, but it’s not a zero-sum question for exporters. New Zealand’s future will be about taking a ‘China and’ rather than a ‘China or’ approach to exports

Business / opinion
NZ-China Council's John McKinnon says trade diversification remains as important as ever, but it’s not a zero-sum question for exporters. New Zealand’s future will be about taking a ‘China and’ rather than a ‘China or’ approach to exports
28th Apr 22, 8:27am by Guest 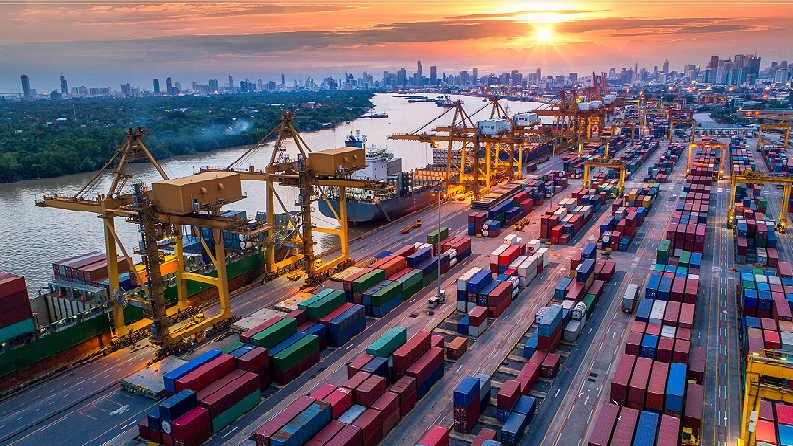 This is the Executive Summary of a Report prepared by Sense Partners for the New Zealand China Council, updating where the New Zealand-China trade relations has moved to.

The New Zealand-China trade relationship is mutually beneficial and has played a significant role in pulling New Zealand through the economic implications of the COVID-19 pandemic.

While services trade has been impacted by the slowdown in tourism and educations flows, goods exports to China have grown during this time. Exports to other markets have slowed, further elevating discussions around New Zealand’s market concentration risks.

This report updates and builds on a previous report by Sense Partners for the NZCC, “How many eggs, in how many baskets?”

…which has pushed up our export concentration for goods to 32.6% 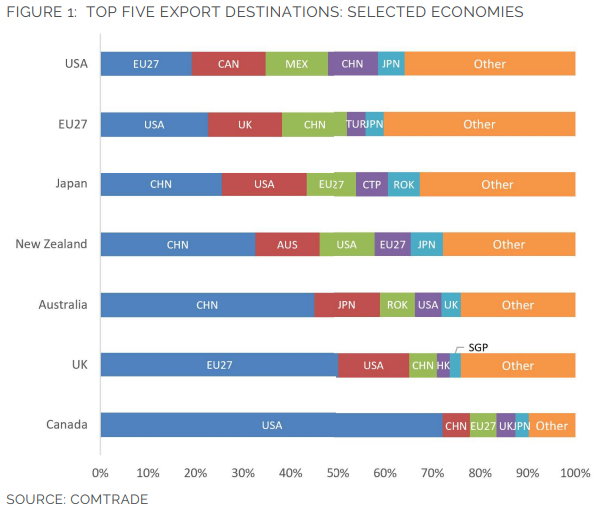 Trade disruptions come in many forms 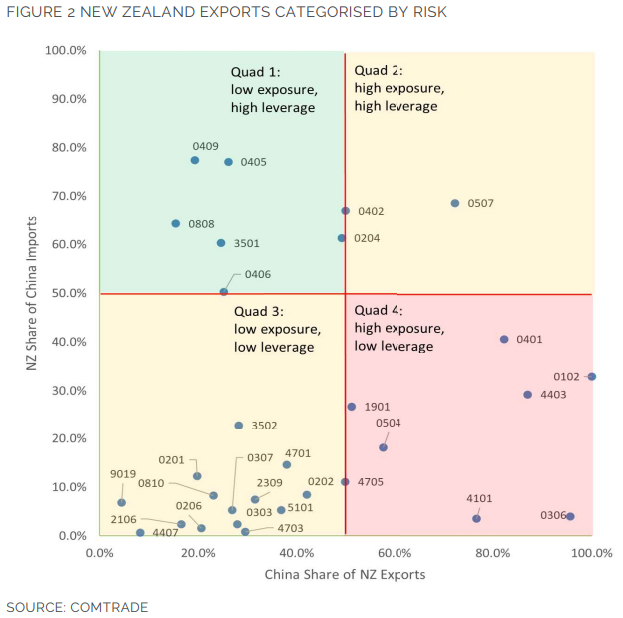 This is the Executive Summary of a Report prepared by Sense Partners for the New Zealand China Council, updating where the New Zealand-China trade relations has moved to. The original Report includes Notes. It was funded by New Zealand Trade and Enterprise, New Zealand International Business Forum, ANZ Bank, the North Asia Centre of Asia-Pacific Excellence and MinterEllisonRuddWatts.

is there a point to fight against trend?

I would have thought the situation unfolding in Ukraine and the European economies having to pivot away from Russian energy is a great example of why one should fight against that trend.

Oh poor Xingmo, Chinese technology is largely copied or stolen from the west.

Pity the FTA with India seems to have stalled. Talking about dairy pivoting into other products, surely NZ Ghee would be happily snapped up at a premium by India's elite!

To a large extent, the products we send to China are unlikely to find markets in India. As the report says, in relation to India "hope springs eternal" but the challenges are very great.  Lots of failures and few successes has been the NZ history of trying to develop exports to India.  And there are good reasons for this.

This is an excellent report and the full report is well worth downloading.

However, I tend strongly to the perspective that the report underestimates the challenges of diverting products elsewhere as a result of using a greatly flawed Treasury generic assumption that the price elasticity of demand is only -0.2.  Price elasticity varies greatly between products  and for key products including milk powder, lamb, mutton and timber, the market would totally crash without China. In contrast, some other product such as beef and cheese could be more easily diverted, albeit still at considerably reduced prices.
KeithW

I concur,navigating the tension between our trading reliance on China with escalating geo-political tensions will require exceptional diplomacy.

As an aside, it's hard to take Australia seriously when on one hand they relentlessly bluster on coming millitary conflict with China while simultaneously exporting >40% of all trade to CHina including the very resources China require to create the millitary infrastructure required.

I agree with you Te Kooti, I have always maintained that we have to walk a fine line with China as there is no one to take up the economic slack if we lose them as a buyer of our primary goods.

It is noticeable in the graph provided that the countries with substantial exposure to particular markets were exposed to largely democratic customers , as opposed to our exposure to an autocratic market which has proven belligerent to others recently. So arguably our risk by the nature of our customer in China is higher. As for technology we are better to look to other western suppliers who are less prone to spying or using that technology for their own ends . So yes there is a multitude of good reasons the trend is not our friend.

I believe that with China it is totally inevitable that sooner or later we will reach the same point that we are with Russia. Just look at the situation now. Despite their ambiguous rhetoric and prevarication, they basically support Russia and their actions, and through intermediaries are providing military support. Read their media. The tenor of their coverage is that basically they support Russia's actions and their only concerns are how it may affect them commercially and their intentions re Taiwan. Their political and economic aggression is blatantly obvious and their military aggression is barely cloaked while they are increasing their capability and strength. We are fools if we increase our dependence on them any further because that is a noose that they will be very willing to tighten when it suits them as they have amply demonstrated in Australia. Our urgent task now is to reduce our dependence on them as quickly as possible without precipitating a negative reaction from them. i.e. respectfully and politely back away from them as fast as we can, and when far enough away, run like hell. Any NZ business which is dependent on China and is not thinking like this will face the very real risk of going broke when the inevitable confrontation occurs.

We need to be very careful not to fall into the trap of rationalising to preserve the status quo. The example being all the Jews in Germany who did this and did not heed the obvious warnings and get out while they could.

What diversification is NZ undertaking to ensure fuel supplies beyond nations which support and do not sanction Russia - I am thinking of OPEC + in the first instance? Surely China and Russia are major decision makers in this process.

Chris, we trade with China because it's in our own best economic interests to do so and there is nothing wrong with that. There is line we must defend but is it Ukraine or will it be Taiwan? Where is the point that we voluntarily reduce our standard of living and send our young men to die on foreign battle fields? I was at our family Urupa a week ago and it has a number of 28th Battalion buried there. It is sobering.

The older I get, the more cynical I get. Less than 20 years ago the US/UK invaded a soveriegn state based on fabricated evidence with the loss of 200,000 civilian lives in the process. The Ukraine invasion suits both the UK and US regimes as it distracts from the domestic ineptitiude of both leaders and they are in the business of war.

Ukraine is fast becoming a proxy war with Russia using Ukrainian soldiers,  hence the enthusiasm the west is supplying them with better equipment to weaken Russian military , however there will be an inflection point where Russia will fight back and then the west will need to be very careful we don't end up in WW 3 .

Yeah but were to from here Fairyfrank, we may as well take Putin head on now or wait for the inevitable. This should have been learnt from the Hitler saga.

No fairy's here hans . I think the Ukraine war will come to stare down between Putin and the west to see who buckles  first it will be very nerve racking for all teetering on the brink , there has been report's of Putin having Parkinson's disease for quite some time and recent footage of him having tremors etc seems to give it some credence.  While I couldn't give a stuff about his health if he does have it he has got nothing to lose which makes him very dangerous.

Sorry frank didn't mean to spell your name wrong. I totally agree with what you say but the west can't take a backward step now. Lets hope Putin drops dead.