Goverment says ultra-fast broadband has now reached over 320,000 potential customers - but only 14,000 of them have signed up

Goverment says ultra-fast broadband has now reached over 320,000 potential customers - but only 14,000 of them have signed up 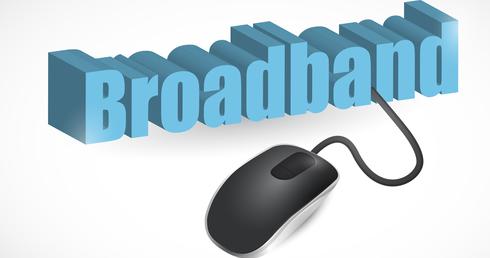 There has been an increase in the rate of uptake of the $3.5 billion new ultra-fast broadband, but latest figures show that still just 4.4% of potential customers have signed up.

The project, into which $1.35 billion of taxpayers' money is being tipped, had reached 322,479 "end users" by the end of the September quarter, communications and information technology minister Amy Adams said.

Since the end of the June quarter a further 4264 customers had signed up for UFB, bringing the total number of those connected to 14,248.

And while that represents an increase in the rate of uptake, it still means that just 4.4% of potential customers have committed.

Adams said, however, the figures were "in line with government expectations and overseas experiences at this early stage of deployment".

The new figures come amid ructions over the Government's UFB partner Chorus, which has warned it may default on its debt and restrict rollout of the UFB network after the Commerce Commission ruled it must cut its wholesale copper broadband price by 23%.

Prime Minister John Key has said the Government is considering all its options, while Adams has instructed government officials to commission an independent assessment of Chorus' financial position and its capability to meet its contractual commitments under the Ultra-Fast Broadband and Rural Broadband Initiatives.

The UFB programme is aimed to bring fibre optic technology to businesses, schools, hospitals, marae and homes, enabling 75 per cent of New Zealanders to access fibre to the premise by the end of 2019.

Fibre will be capable of peak speeds of at least 100 Mbps.

I am trying to get a business connected to UFB in Ponsonby. Chorus installed the fibre last year, and dug up the pavement about 5 times in the process and then came back and dug up again for good measure. We have contacted Telecom, picked plan and landlord signed permission to connect, sent 2 weeks ago. So far no word back about install and queries have met with it is in "progress".
They don't seem to be in a great hurry to get people actually using UFB.

nothing about connected.... or working

Just curious - why does your business need the extra speed?

We used to live 15 Km from town and couldn't get broadband, rang heaps just to check. One day our neighbour, also having lived there for years, happened to be talking to telecom. Low and behold there was in fact half a dozen hookups available and had been for a couple of years with zero uptake.
Moral of the story being the other 96.6% probably don't even know its available.

Our expeience with UFB  has been exceptionaally good  . We live on a large section in Greenhithe and the house is on a few acres with about 50 metres of driveway .
We signed up for the free Vodafone UFB test  , and they installed the underground cabling across the property also for free . ( Its no longer free)
Our internet is so quick we can watch movies online through the big screen tv linked to an i-pad and most of the time that is without without all the bufferring ........... nonsense.
Interestingly , our teenagers used to get through 20 gigs of BB and now use about 100 gigs a month , so the cost has not come down , we are justug consuming more

yeah the cables have been laid but it just isn't available. Says commercial only. I've given up waiting and will stick with VDSL

Still wondering why the gummint bothered to spend billions delivering the prospect of "fast" braodband to an undeserving population who wouldn't do anything useful with it anyway - more movie downloads doesn't improve the balance of payments.
As a business owner, I looked at improved/ alternate fibre connectivity but the prospect of doubling our cost for no great benefit over dsl meant that we stayed as is - and we're a technology company.
TP

Yet in my case the costs look 50% ish cheaper.  ie I spend $200 a month for 150gb and a phone, The prices Ive seen indicated says for $200 I would get 1Tb and a phone, or for $130, 200~250gb and a phone. Some of the ppl in the Chorus corridor are saying that they are seeing adsl prices discounted to stop ppl moving to ufb.
regards

I rely the internet for my work - and even I don't need anything more than ordinary ADSL.  Here at home we can watch Netflix in HD, downloads are more than quick enough, and we never seem to have any trouble even with multiple users.  We're fairly heavy users and what we have is enough.
I'd like more outgoing bandwidth, which would allow me to run servers here.  VDSL could do it.  But more important than that would be a high service level, equivalent to the phone service rather than the 'best efforts' currently offered.
More important than any of these things I think is making basic internet cheaper.  There are people out there who don't have it because of the cost.  Basic service should come automatically with the phone line.  These days internet is as essential as phone service.
One day we'll all want the speed of fibre.  But we're not there yet.  Let's work on the other things first...

Advantage of cable, good enough upload speed, I run my servers here.....3kw UPS as well pretty much for the cost of the power. Trouble is I tend to exceed my 150gb and hence pay extra, a 1TB plan for the same price? yes sir, now we are rocking.
Cheaper, yes and UFB offers competition....in theory anyway, certianly its looking a lot cheaper than Cable.
regards

Chorus is not the only UFB provider in the country.  Are the areas where other providers have the contract bleating about the copper price?  I haven't heard anything.  The government might have been wiser to award the Auckland contract to Vector and ensure some true competition. That sentance was based on a niave expectation, it contained the words government, wise and true competion.

Who is paying the feed bill to the interest elephant for this project?