NZIER's Aaron Drew & John Ballingall look at the impact of disruptive technologies on Kiwis, and how we are facing up to the changes

Business
NZIER's Aaron Drew & John Ballingall look at the impact of disruptive technologies on Kiwis, and how we are facing up to the changes
21st Oct 15, 2:15pm by Guest 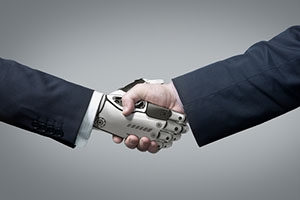 By Aaron Drew and John Ballingall*

The Chartered Accountants of Australia and New Zealand (CAANZ) engaged NZIER to carry out research into the way that disruptive technologies might affect Kiwi households.

Drawing on the international research, we explored what some of the technological and social changes might look like for New Zealanders: what industries, jobs and regions might be most affected by the changes, and how well placed are we to adapt to them?

We also worked with Colmar Brunton to survey 2,300 New Zealanders on their attitudes to disruptive technology, whether they thought their jobs are at risk and who should be responsible for the training needed for new jobs. A summary of our findings is below. The full report can be read at: http://www.charteredaccountants.com.au/futureinc/Publications#

Based on NZIER’s analysis, roughly half of all jobs in New Zealand today are at risk of technological displacement over the next few decades.

This includes jobs in sectors that have not traditionally borne the brunt of technological displacement such as financial services, public administration, and scientific and technical services, as well as more repetitive, manual roles. 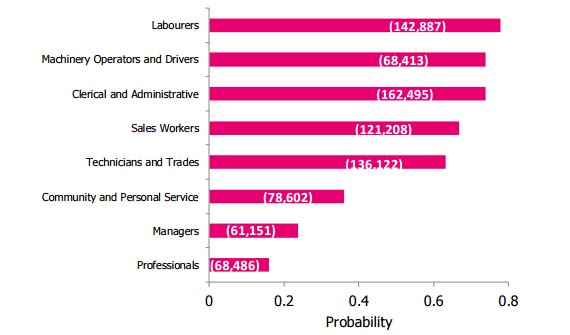 Rural workers and men are most likely to be displaced

The risk of job displacement falls more heavily on provincial New Zealand than the cities, due to the heavier role of services sectors in the big cities which are less susceptible to automation. This will potentially exacerbate the long-running urbanisation trend in New Zealand.

It also falls more heavily on men, who are over-represented in at-risk occupations like transport, construction and manufacturing. 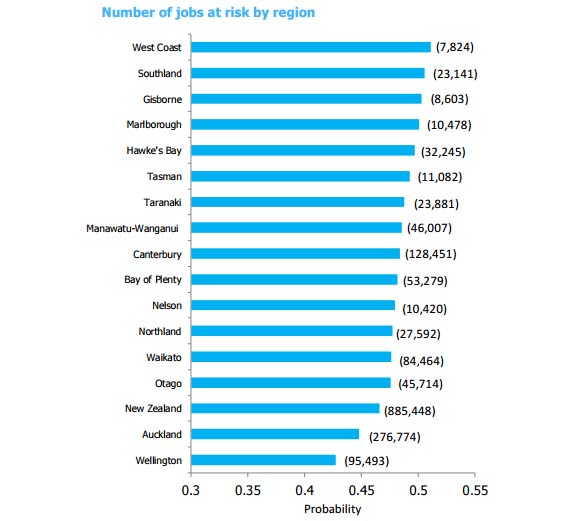 But disruptive technology creates jobs too

US research suggests around 500,000 new jobs have been created over the past 15 years in occupations that did not even exist 15 years ago (e.g. computer network specialists, information security analysts or web developers).

Home grown companies such as Xero, Gameloft and Rocket Labs show we are not just fast adopters of technology – we are also able to push the frontier of technological change and create globally competitive new products and services.

60% of Kiwis say that technological change has lifted their productivity

5% said that their productivity had dropped in the past 5 years as a result of new technology.

But a further 60% said that their productivity had improved, so on balance, this is a positive story for economic growth and living standards.

Getting ready for change requires individual and firm responsibility

Kiwi workers are pragmatic about how they need to prepare for disruptive technology: a third suggests that their employers should be helping them to upskill and move into new jobs and 44% think the responsibility for preparing should fall on the individual. Just a quarter think it’s the government’s role.

Kiwis are open-minded about driverless cars

Almost 75% of those surveyed said they expect people to buy and use driverless cars, although they were less convinced that they themselves would do so at about 50%.

Households think that road transport will become less risky, with 60% expecting safety improvements. But the survey also asked about an interesting legal issue: who should be liable for the costs of an accident involving driverless cars?

► 13% said it should be the car manufacturer.
► 22% thought the passenger in the car at the time.
► But the most popular response at 31% was that the software supplier of the driverless system should be liable. 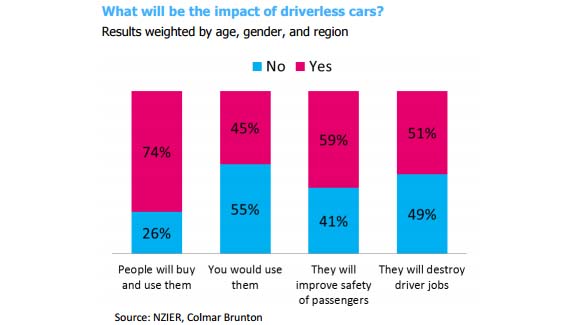 Medical advances need to be available to all

62% of Kiwis want to live decades longer. This compares to just 38% in the United States, probably due to our different approach to healthcare.

Kiwis are keen to ensure that access to new medicines that extend life expectancy is not just for the wealthy few: over 80% want such technologies to be available to all New Zealanders.

And households had a clear message for government on whether the age of superannuation should rise with improved life expectancy: over 60% say yes, it should. 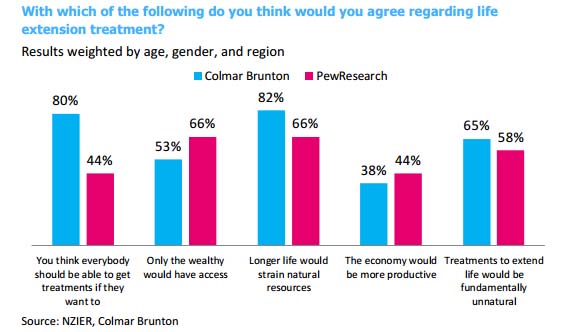 Solar panels not yet a compelling option for households

Some 73% of Kiwis said they would buy or lease panels if the power bill savings were as large as or larger than the upfront cost. 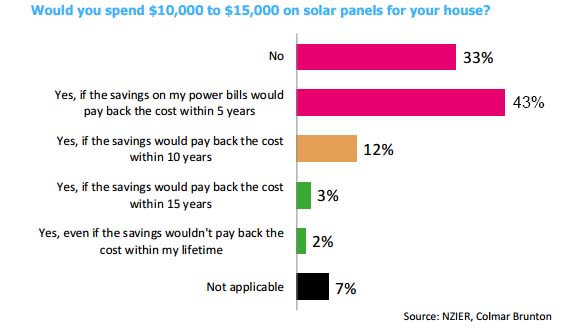 So is New Zealand ready for disruption?

Overall, we think there are good reasons to be positive about the coming wave of technological innovation and New Zealand’s ability to make the most of it.

Our survey results suggest that there is a reasonable level of awareness of technological change and the importance of individual responsibility to cope with it.

New Zealand’s policy settings are – on the whole – conducive to building a flexible, dynamic economy.

This conclusion does not mean we should be complacent. The scale of change from automation, and related changes in business models, is projected to be very large.

While we can be positive about the longer run, short-term downside employment and business risks are apparent.

There are also potentially regional and gender elements to these risks – jobs held by males and jobs in the provinces may be most vulnerable to automation.

Policy makers and business need to be attuned to these risks and consider how they can reap opportunities and minimise adjustment costs.

Aaron Drew is a Principal Economist and John Ballingall is the Deputy Chief Executive at NZIER.

Was housing speculation included in the analysis? And can that be automated?

Good one :-) ... when that happens the NZ "economy" would be in REAL trouble.

"Be fast adopters ..." I don't think that this is good advice, esp. for NZ companies. As everything is imported they are too far away from developers and support. Better to take things up in a second wave to minimize risk.

"... a risk that some investments such as public transport will be stranded ..." True, but probably a decade too early. Have to wait until the face2face management generation has finally left. Other than that even today it would be enough to work remote 3 or 4 days a week and maybe go and see people 1 day. Btw, this may well turn the tide on AKL overcrowding - eventually. But first the old bums need to leave management.

These new technologies etc do in turn produce entire industries and work forces themselves. So whilst a driver job may go, an engineer, mechanic etc job may pop up as a result. An ever changing landscape and it's only going to change faster and faster. I look forward to it.

how can you replace a driver? you might be able to program to go from a to b but who unloads it or loads it.
same with a labourer they do all sorts of odd jobs.
or a sales rep this one makes me laugh are you going to program a robot to talk BS and lie, what about reading the body language so they know when to close the deal
I can understand jobs that repeat the same process over and over i.e manufacturing or warehouse picking and packing.

"how can you replace a driver?"... automated dump trucks, tractors been around for a while.
Labourers - http://www.fastbrickrobotics.net/ mechanised tree planting, welding, lettuce harvesting etc.
sales rep - talk to an ex travel agent for example

the planets average age is over 28 and increasing by the day so labourers will have to be replaced somehow.

I'd bet $5 that machines exist that can read body language better than 90% of humans. I'd also much prefer my sales reps didn't BS and lie...

This crowd looks quite interesting for hort/agriculture.