Heartland Bank to amalgamate with parent, borrow up to $75m via Tier 2 Capital issue, and return up to $100m to shareholders

Heartland Bank to amalgamate with parent, borrow up to $75m via Tier 2 Capital issue, and return up to $100m to shareholders 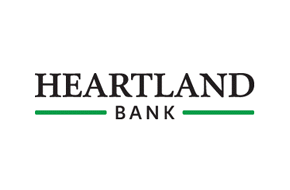 Heartland Bank is to amalgamate with its parent, Heartland New Zealand Ltd, borrow up to $75 million through an issue of so-called Tier 2 Capital securities, and return up to $100 million to shareholders.

The amalgamation's set to take effect on December 31 with the current structure described as overly complex for a business of Heartland’s size.

"For example, as a registered bank, Heartland Bank is required to have a separate board of directors, including additional independent directors, from its parent, Heartland. This results in duplication and complexity, which is only expected to increase as the group grows and choices need to be made as to where assets are held within the group," Heartland says.

"As a result of the amalgamation, all of Heartland’s businesses currently sitting outside of Heartland Bank will be brought into the banking group. The most significant of these businesses is the Australian reverse mortgage business, known as Heartland Seniors Finance. Other strategic investments, such as Heartland’s shareholdings in Harmoney Corp Limited and Ora HQ Limited, as well as MARAC Insurance Limited, will also be brought into the banking group."

Heartland says Reserve Bank consent isn't required for the amalgamation, but it has been notified and a formal response is awaited. Credit rating agency Fitch confirmed Heartland's BBB rating with a stable outlook won't be affected by the amalgamation.

Meanwhile, Heartland says it plans to issue Tier 2 Capital securities next April, (as reported in August) through which it'll seek to borrow $50 million from investors, plus up to $25 million in oversubscriptions.

After the amalgamation and Tier 2 Capital issue, Heartland says it'll have more regulatory capital than required by Reserve Bank rules, and more than its own requirements.

"Whilst Heartland remains interested in acquiring Motor Trade Finances Limited, there is currently insufficient certainty as to whether an acquisition will proceed. In the absence of any other imminent value-creating investment opportunity, the board’s current view is that the most appropriate use of the continuing company’s excess capital is to return it to shareholders," Heartland says.

"The exact amount of excess capital to be returned to shareholders would depend on the extent of oversubscriptions that may be received under the Tier 2 Capital issue and the business and economic factors present at the time the capital return was conducted. Accordingly, Heartland will seek shareholder approval at the upcoming (December 11) annual meeting to return an amount of capital within a range of not less than $58 million, which equates to 10% of Heartland’s average market capitalisation over the 20 trading days prior to this announcement, and not more than $100 million."

"However, circumstances may arise whereby the return of capital may not proceed even if it is approved by shareholders. In summary, this would be if the Tier 2 Capital issue did not proceed, or did not complete successfully, or if the board identified an investment requirement or opportunity prior to the return of capital being undertaken, including an acquisition of Motor Trade Finances Limited, which leads the board to consider that a return of capital is no longer the most appropriate use of the continuing company’s excess capital."

If the capital return goes ahead, it'll be via a Court approved scheme of arrangement, Heartland says. This would see a proportion of each shareholder’s shares cancelled with shareholders given a cash payment in return for the cancellation of those shares.

Is this a classic case of downsizing the capital risk to shareholders and leaving it to unsecured OBR creditors to underwrite the company capital? Should depositors see this as a warning and short the shares as a hedge once the $100 million is paid out, or be done with it once and for all?

Certainly seems some companies listed on the NZX are borrowing to reward shareholders way beyond the nominal GDP and collective corporate earnings returns currently available in the economy.

Whats the collateral for the 100 Mill loan?