Koichi Hamada sees China at a crossroads where central planning and the market economy clash; he wonders if they actually have the confidence to let market forces fix many of their issues

Business
Koichi Hamada sees China at a crossroads where central planning and the market economy clash; he wonders if they actually have the confidence to let market forces fix many of their issues
30th Dec 15, 9:42am by Guest 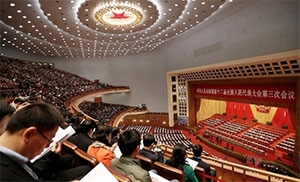 In early September, I visited China for the first time in nearly ten years. With so much time having passed since my last visit, it was easy to see where China has prospered – and where it continues to struggle.

China’s major cities embody the extraordinary success of the development policies that Deng Xiaoping initiated in the 1980s. They are home to most of the hundreds of millions of Chinese who have been lifted out of extreme poverty in just a few decades. Beijing and Shanghai are almost overwhelming in their scale and energy, lined with shimmering skyscrapers, adorned with bright neon lights, and teeming with increasingly cosmopolitan citizens.

Standing on the streets of one of these vibrant cities, one gains a deeper appreciation of recent data on China’s rising domestic consumption. People are using the latest technologies and toting shopping bags bearing the names of international luxury brands. Their rising prosperity is also reflected in the retail sectors of Tokyo and Seoul, where increasingly wealthy Chinese tourists engage in “binge shopping.”

But the impression I had of a modern, capitalist economy was soon tarnished by an improperly working phone in a first-class Beijing hotel. An American friend suspected that it was tapped, probably because of my role as an adviser to the Japanese government.

Such claims are, of course, difficult to confirm, to say the least. What is not open to dispute is that a week after my trip ended, the number of the credit card that I had used for shopping in Beijing was used to make purchases at a Chinese supermarket in New York City. While identity theft is by no means exclusively a Chinese problem, such experiences create the impression that technological modernissees a China  ation in China may be outpacing regulation and data-security infrastructure.

Then there is the air quality. This year, Beijing has experienced repeated bouts of severe air pollution, with two smog “red alerts” having been issued this month. When I visited Beijing in 2005, immediately after the commemorations of the 60th anniversary of the end of World War II, the sky was clear.

Of course, air pollution was already a problem for China a decade ago. But, before the commemorations, the government had prohibited many cars from driving (based on their license-plate numbers), stopped selected factories from operating, and forced some firms to move out of the city temporarily. This approach – which could be pursued only within a centrally planned economy like China’s – provided temporary relief. But ultimately it did little good; in fact, by obscuring the problem, it might have delayed effective action.

This was hardly the first or only time that China has used central planning to implement short-term solutions that fail to bring about – or, in some cases, even impede – long-term progress. For example, this summer’s stock-market crash was widely viewed as a natural correction, because equity prices – driven largely by government interventions – had risen over the previous year far above what economic fundamentals merited. Nonetheless, when prices collapsed, the government moved fast, suspending trading of a substantial number of stocks and pursuing price-keeping operations that resembled those pursued by Japan in the 1990s.

In this manner, China’s government managed to stop a rout, seemingly reinforcing the Marxist view that economic and financial crises do not occur in controlled economies. Indeed, China’s leaders seem convinced that price-keeping operations amount to an effective mechanism for manipulating stock prices in whatever way they see fit. As an adviser to the Chinese government said on my recent trip, “movements in the stock-price index are totally unrelated to the real state of the economy.”

What Chinese policymakers don’t seem to recognize is that such interventions carry serious long-term costs. Few want to invest in a market where the government can change the rules at any moment.

China’s recent intervention in the currency market also sent mixed signals. For years, the authorities tended to support the renminbi, as they pursued renminbi internationalization – an effort that culminated in the International Monetary Fund’s recent decision to add the renminbi to the basket of currencies that compose its reserve asset, so-called Special Drawing Rights.

Not long after the stock-market crash, however, the authorities allowed the currency to depreciate. China should continue along this path, pursuing the kind of monetary-policy approach – aimed at securing the right combination of prices and employment – that prevails in free-market economies. Continued currency depreciation would provide a much-needed boost to the slowing economy, just as depreciation of the yen through Abenomics has helped to lift Japan out of a protracted recession.

As 2015 closes, China’s leaders find themselves at a crossroads. They must decide whether to continue trying to control the economy or to follow through on their promise to build a genuinely market-oriented system. For China’s sake, and that of its neighbors, one hopes they stick to the free-market plan.

This content is © Project Syndicate, 2015, and is here with permission.

As 2015 closes, China’s leaders find themselves at a crossroads.
don't under estimate the grip and ongoing hold of the party... and the internet.

http://www.bbc.co.uk/programmes/p033fxsn
In some villages in rural China they are replacing the sounds of chickens and farm life with something very 21st Century. In the village of Qing Yan Liu, four hours south of Shanghai, they have created a world of bubble wrap and sticky tape. The people here have embraced going online to become an internet shopping hub. In the eyes of the Chinese premier this could be the future of rural China. He hopes that more and more places will copy what has happened in 'China’s Number One E-Commerce village'. He wants to avoid what is happening in many other villages where all the young people have left in search of work and the place is gradually abandoned.

http://dimsums.blogspot.com.au/2015/12/china-pushes-reform-puzzles-over…
As Chinese officials pursue multiple conflicting and nonnegotiable objectives they are running out of ideas on how to proceed on agricultural policy. Caixin Net's commentary noted that the rural work meeting offered many principles but few specifics on what policies to pursue. While the discussion at the meeting reflected a view that liberalization of farm prices that aligns Chinese and world prices is "unavoidable," there are also non-negotiable objectives of maintaining rice and wheat self-sufficiency, preserving a minimum amount of farmland, maintaining rural income growth, and preventing declines in output in the main grain-producing regions. Moreover, officials need to comply with WTO commitments to keep market-distorting subsidies under 8.5 percent of production value and give up export subsidies.