Zhang Jun says regional differences in economic performance reflect the country's massive structural changes as it seeks the status of a high-income economy
22nd Aug 16, 10:03am
by Guest 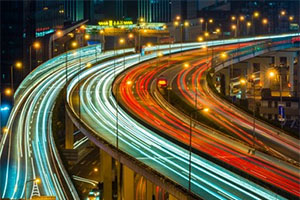 For more than a year, headlines worldwide have been pointing to a Chinese economic slowdown.

But a closer look at regional dynamics within China tells a different story – one that is less about deceleration than changing gears.

According to China’s National Bureau of Statistics, the resource-rich province of Shanxi has suffered an economic slowdown, but the southwestern provinces of Chongqing and Guizhou have experienced vibrant growth. Hebei and three other northeastern provinces are feeling the effects of recession, but the heavy-industry economies of Tianjin, Shandong, and Jiangsu are booming.

After the 2008 financial crisis, when slower growth became the “new normal” for many countries, China began to accelerate its economic rebalancing by shifting the drivers of growth from manufacturing and exports toward goods and services for domestic consumption.

This transition has had far-reaching implications for the future dynamics of China’s economy. With its previous export strategy, the government’s main priority was to integrate domestic manufacturing operations into global production chains. Now, however, its aim is an economy that meets domestic consumers’ diverse demands, and it is the industries closely connected to those demands that are quickly expanding.

Previously, the economic activities that are now flourishing weren’t categorized as manufacturing industries at all, but as “services.” But services do not exist in a vacuum. All businesses need manufactured products, transportation, information and communications technology (ICT), logistics, real estate, finance, insurance, and more. Thus, new demand for new services has virtuous-cycle effects in terms of capital investment in infrastructure and equipment. Contrary to the conventional wisdom, the growth of services in China to meet domestic demand does not mean the end of manufacturing and capital investment, much less of economic growth.

Service sectors stand to make up for much, if not all, of the growth lost to lower output in export-oriented manufacturing branches. China’s transportation, ICT, finance, insurance, real estate, education, and health-care sectors have long had inappropriately low labor productivity, which means they have significant room to grow faster.

According to a paper by the economists Jong-Wha Lee and Warwick J. McKibbin, service-sector productivity growth in Asia “benefits all sectors eventually, and contributes to the sustained and balanced growth of Asian economies.” Examining economic development trends in South Korea, the authors find that the average value added per worker in transportation, real estate, and ICT is now higher than the average in manufacturing, and they point to similar dynamics in the United States, Japan, and China.

This finding suggests that rapid development in China’s service economy could reverse the externally triggered dampening of growth since 2008. But, as the Japanese and South Korean transitions from export to domestic demand-driven growth demonstrate, structural transformation is a slow and painful process.

China is in the midst of that process, and it must be careful not to undermine existing sources of growth lest it fall into a structural trap where the cost of transition itself derails new gains. It is not a good sign that the high costs in many Chinese provinces have been weighing down overall growth.

This points to fundamental challenges ahead, notwithstanding the significant economic potential of Chinese consumers. For starters, economic development based on diversified domestic demand is more complicated than export-driven development, because these new sectors rely more heavily on sophisticated financial services, free and equitable market access, better educated workers, and higher investment in research and development.

As a result, the new businesses emerging from the shift to a new growth model are demanding far more from China’s current economic-governance system than it can bear. Further structural reforms would go a long way toward fixing this problem, but they will also require China’s leaders to make tough political decisions that won’t please everyone.

Another fundamental challenge is China’s slow rate of urbanization, which is still lagging, even after 25 years of export-led growth. Each of a thriving service economy’s major components – ICT, finance, insurance, transportation, and real estate – needs the others to prosper, and cities are what bring them all together – a phenomenon of network externalities. Unfortunately, China’s enduring system of dividing urban and rural regions, together with poor urban planning, has led to fragmented and scattered metropolitan communities without diversified networks that would otherwise have helped boost productivity.

China’s cities will be a key ingredient of its long-term economic success. Urbanisation should start accelerating today, and over the next 10-15 years, with the expansion of metropolitan areas geared toward the needs of services-led economic growth. If China can rise to that challenge, it will be well positioned to clear the remaining hurdles in its path toward high-income status.