Zhang Jun shows it is not easy being a Chinese company, with surcharges and taxes hobbling profitability, encouraging avoidance, and incentivising moves offshore. Inefficient SOEs impose large extra costs too

Business
Zhang Jun shows it is not easy being a Chinese company, with surcharges and taxes hobbling profitability, encouraging avoidance, and incentivising moves offshore. Inefficient SOEs impose large extra costs too
3rd Jan 17, 9:02am by Guest 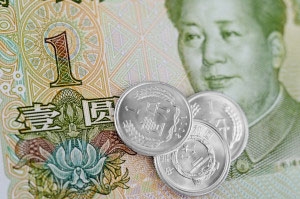 A couple of weeks ago, an interview with the Chinese auto-glass tycoon Cao Dewang sparked a heated discussion across China. Cao explained that his recent $600 million investment to establish a US manufacturing branch for his company, Fuyao Glass Industry Group, was driven largely by China’s high taxes, which Cao claims are 35% higher for manufacturers in China than in the US. Has the tax burden on Chinese enterprises really reached economically lethal levels?

Going strictly by the numbers, this does not seem to be the case. Measured as the ratio of the government’s fiscal revenue to GDP, China’s overall tax burden, according to the International Monetary Fund’s Government Finance Statistics Manual, is just over 29%. That is 10% less than the global average.

Another way to measure the overall tax burden is to calculate the ratio of tax revenue and social security contributions to GDP. By that measure, China’s average tax burden from 2012 to 2015 was 23.4%, or 12% lower than the OECD countries. As a percentage of GDP, China’s tax revenues amount to about 18% – compared to around 26% of GDP in developed countries and around 20% in developing countries (in 2013) – and continues to decline.

Yet not everyone agrees that China’s tax burden is relatively low, especially at the firm level. A recent World Bank report indicates that the total tax rate for Chinese enterprises averaged 68%, putting China 12th in the world. This may be where Cao got his 35% manufacturing-tax figure. It is not clear, however, how the World Bank calculated its rate.

What is clear is that Chinese entrepreneurs and investors – who have been complaining for years about the heavy tax burden in China – are far more inclined to agree with the World Bank than more favorable comparisons and indices. One reason for this perception may be that China collects more taxes from producers, and less from consumers, than most developed economies.

According to Li Wanfu, Director of the Tax Research Institute under China’s State Administration of Taxation, more than 90% of all taxes and fees are paid by Chinese enterprises, while less than 10% are paid by individuals. In Western countries, personal-income tax and social-insurance payroll taxes constitute a higher share of total tax revenues.

So what is the actual tax burden on Chinese enterprises? Officially, Chinese producers must pay an enterprise income tax of 25%. But many firms receive tax incentives. For example, high-tech enterprises supported by the government pay an income-tax rate of just 15%, while some small-scale enterprises pay 20%. I would therefore estimate that the median rate of corporate-income tax is around 20%.

Companies must also pay value-added tax of 17%, though there are options for preferential rates of 13%, 11%, 6%, and even 3%. That puts China more or less in the same range as other VAT countries. Nonetheless, China’s average tax rate is significantly higher than that of Japan, South Korea, and Singapore.

To find out how these rates translate in the real world, I collected data (compiled by a Beijing news reporter) from two well-known Chinese manufacturers, Gree Electric Appliances and Canny Elevator. According to Gree’s 2015 social responsibility report, the company paid about CN¥14.8 billion ($2.1 billion) in taxes in 2015. Its total revenue amounted to over CN¥100.5 billion, and its net profits equaled about CN¥12.5 billion. The total taxes paid accounted for 14.7% of the company’s total income, or 1.18 times its net profit.

These might be taken as evidence of a heavy burden of tax and duties. But it remains unclear if these figures are in line with what most Chinese firms pay. After all, local governments often offer tax returns, refunds, and breaks, meaning that the tax burden varies greatly across enterprises, industries, and regions. And that does not even account for rampant tax evasion by small firms.

That said, the perceived “tax burden” in China also includes non-tax expenses, including a relatively high proportion of social insurance paid for workers, the actual cost of land, resources, and financing, as well as a variety of government surcharges. And, indeed, Cao cited China’s high land costs (as well as soaring labor costs) as additional factors driving his company’s partial move to the US.

Government surcharges alone amount to at least 13% of Chinese enterprises’ revenues, with some 7% financing urban construction and maintenance, 5% going to education, and 1% earmarked for flood control. Such fees, paid to local governments, must come from profit, and cannot be passed on to consumers.

This has contributed to the erosion of Chinese firms’ profit margins, which, according to TCL Corp Chairman Li Dongsheng, have dropped to less than 2%, on average. Manufacturing surcharges therefore amount to nearly a quarter of profit, putting a further squeeze on low-profit manufacturers.

While it is impossible to estimate the precise size of Chinese firms’ tax burden, they feel under pressure. At a time of slowing economic growth, the last thing China needs is to drive more producers away. To prevent this, China needs to create a more straightforward and transparent tax system, with a transition to more explicit and direct taxation. Taxes, duties, and fees for businesses must be lowered, as should the share of social insurance paid by firms for their employees in China.

At the same time, China’s leaders must commit to curbing the soaring costs of land and financing, thereby paving the way for creating a more equal and competitive market for all firms. They should start by recognizing that as long as upstream infrastructure remains in the hands of often-inefficient state-owned enterprises, some downstream sectors will have to bear higher costs. Over time, such costs could damage the competitiveness of Chinese manufacturers – or drive them to friendlier markets.

In addition to a tax issue for Chinese companies is the whole issue of ownership, and whether business &/or property/asset ownership is permitted by the government in perpetuity. If any business or enterprise operates in a way not endorsed by the government for any reason then their assets or profits or freedom to operate can be quickly controlled or ended by various means. It is a fine line or tension between operating in an open economy fashion while the Govt still retaining command control override rights for any reason.
.
As a more extreme example, in North Korea, the only reason most citizens are able to eat is the operation of an unofficial grey trading c2c market which is semi-ignored by the government, but at any stage any of these business operators can cross the line, or be deemed to cross a line and be in serious trouble.