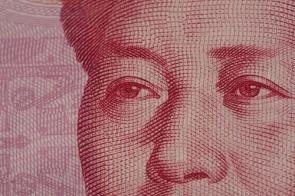 Individuals in China are restricted to exchanging the equivalent of US$50,000 into foreign currency annually. However, some people are able to get more money than this out of China. Asked about people bringing more than US$50,000 into NZ from China, Cartwright said; "You'd have to ask the individuals how they've managed to go through that [Chinese Government] approval process. It's not something that the bank gets involved in."

This begs the question as to how the Chinese banks operating in New Zealand can not ask questions of people bringing the equivalent of more than US$50,000 into this country whilst meeting their obligations under the Anti-Money Laundering and Countering Financing of Terrorism Act (AML/CFT Act).

Thus interest.co.nz sought comment on this from China Construction Bank NZ, Bank of China NZ, and ICBC NZ. Cartwright, and ICBC, via its NZ compliance manager Milroy Fernando, have responded but Bank of China is yet to do so.

Fernando says the restriction of US$50,000 per person per year applied by the State Administration of Foreign Exchange (SAFE), applies to banks and residents within Chinese jurisdiction. ICBC NZ, he says, complies with NZ regulations and those of ICBC's head office. ICBC, like Bank of China and China Construction Bank, is majority owned by China's government.

The US$50,000 restriction, Fernando points out, does not apply to NZ banks.

"But, all remittances from China to ICBC NZ customer's accounts come from regulated banking channels. The remitting banks must meet Chinese regulation before they can process [send] the remittance to overseas banks," Fernando says.

"ICBC NZ has strict AML controls on customer identification and verification standards meeting NZ AML requirements. Based on ICBC NZ's AML programme and risk assessment, ICBC NZ verifies customers' sources of funds and wealth without limiting [this] to the amount of the remittance. If the source of funds and the account activity do not meet the customer's profile, ICBC NZ will take appropriate actions based on our AML policy requirements."

The US$50k is for personal expenses

Cartwright says the US$50,000 per person, per calendar year, applies to personal expenses to be used for the likes of overseas study, travel expenses, professional services, or overseas medical expenses.

"From 2017, when individuals processes the FX transaction with their Chinese bank, the individual is required to complete the FX application form with more details about the purpose of the transaction, and is required to provide evidence to support that, e.g. school fees invoice or doctor certificate. The FX transaction cannot be for capital investment, e.g. purchasing overseas property, or bond investment. The Chinese remitting bank has the obligation to validate the application, and has to report any violation to SAFE."

"As the overseas bank in NZ, we cannot verify whether the Chinese individual is legitimately using the personal quota. And we cannot process any transaction for any Chinese individual against the quota. We are only acting as the receiving bank for our customer's inward payments through SWIFT. The AML policy and application of this from China Construction Bank NZ's perspective is no different from receiving funds from Australia or any other country," says Cartwright.

Furthermore, he says, Chinese individuals can't remit any renminbi out of China through SWIFT without a special permit from SAFE.

However as Bloomberg has reported, the Chinese are resourceful when it comes to getting money out of their country.

The methods include China’s underground banks, transfers using Hong Kong money changers, carrying cash over borders and pooling the quotas of family and friends — a practice known as “smurfing.”

According to Chinese media, the country's foreign exchange reserves stood at about US$3.01 trillion at the end of 2016, dropping about US$319.8 billion during 2016.

Meanwhile, The Global Times recently reported that a growing number of overseas branches of Chinese banks are coming under anti-money laundering scrutiny.

More and more overseas branches of Chinese banks are getting investigated on money laundering charges, including Bank of China, Agricultural Bank of China and China Construction Bank. Experts said the investigations are largely the result of a strengthened supervision, the banks' own lack of vigilance and imperfect internal controls to catch money laundering. Although China has established laws and regulations to combat money laundering, they have not been very successful because the penalties are not severe enough to be a deterrent. Authorities need to enforce the regulations better to show China's consistent stance in the fight against money laundering.

Everyone knows the truth and government turns a blind eye as it suits their agenda and wants ponzi scheme to continue.

Wish Kiwi could buy a million dollar house for USD50000. It is said that unofficial channel is very popular and handles most of the money and NZ is a heaven for such money and what better place to park than property.

At the moment there doesn't appear to be a lot of evidence though. A team of investigative journalists should be able to uncover this illegal flow of money reasonably easily. It would then be hard for the government to deny on the back of that.

Investigative journalism in NZ?!? Where? Where? Did you see some?

Gareth Vaughan, and that's it - a rare breed indeed

I already asked Chinese friends last year. They used family members, relatives plus friends. Each one of them can send out US$50k.

It's now illegal to use that 50k for real estate and they must sign a declaration saying they are not.

Extended family, students, friends, business associates, colleagues, cash carry,
then once inside the NZ system it all gets reshuffled around.

Also interesting to note that the crypto-currency Bitcoin is very popular with the Chinese (Around 90% of it's users are Chinese) a popular method used for extracting their money out of China. Though they're authorities have been clamping down on this activity.

Not worried, John Key and Bill English have assured us there's nothing to see here.

On a more positive note; China's Capital Control measures are paying off and it looks as though those controls will remain for the long term. Bloomberg: How China's Capital Curbs May Be Paying Off
https://www.bloomberg.com/news/articles/2017-03-16/china-s-capital-curb…

Also both China and India have jumped up in the Transparency International Index positions due to them being very pro active on stemming money laundering. They're now at 79th place in the global Corruption Perceptions Index.
http://www.transparency.org.nz/images/2017/CPI2016_map%20and%20country%…

It does not matter whether buying house or investing in drugs, Chinese are supposed to work as a team regardless of family member or friends or non-relative. Getting lured by the benefits of finance, these economical creatures can get divorced or sell their own child. http://www.telegraph.co.uk/news/newstopics/howaboutthat/12187726/Chines…

Kiwis, keep sucking the fingers of honesty and morality. See you in the world of poverty and conspiracy.

Have an option. Vote for change of government.

Well the good news if that our Real Estate market is very much cooling now, largely thanks to China's 'Capital Controls over Capital Flight'.

Here's the 'Before article' when a lot of us were trying to warn NZ Investors/Commenters over what was happening in regards to Foreign Investors bloating our property markets and how that wasn't sustainable, though so many RE's are desperate to argue that spending spree party would go on forever.

My favourite bit is the section where they compare; Canada, UK, Australia and New Zealand.
And guess what? New Zealanders had the highest rise in prices of the group! The average benchmark home is (Oct 2016) NZ$612,527 (US$443,797), a whopping 84% increase. Again, that’s 9 times the median income.

And here's the now: China Moves To Stop Its Capital Outflow, Real Estate Markets Should Be Worried
https://betterdwelling.com/china-just-shut-off-its-capital-outflow-real…

Property prices across the globe have benefited from the demand of foreign buyers, a.k.a. China’s capital outflows. 2017 is about to find out how those markets will fare without them.

Since most countries don’t track foreign ownership of residential real estate, there’s little data to predict how much of an impact it will have. However, companies like Juwai have demonstrated that the number is higher than most governments are willing to admit. Only time will tell if domestic buyers continue to push the trend without Chinese yuan-hedge bets.

So no surprise that Auckland's property sales/ prices have been falling since late last year when the controls were brought in to effect.

I would suggest this is a respite, not the end of the buy-up.

Kiwis have a pause in which they can look to elect leaders who will have some interest in the wellbeing of young and future generations of Kiwis, rather than the current mob so eager to sell everything to all comers.

The double invoicing trick is just one of many scams. Send product overseas invoiced at depressed prices, mark up in destination country to normal onselling price and bank the difference in the country of destination. That's a very basic one. Large numbers of far more sophisticated schemes are in operation. Human ingenuity will always find a way round the rules and it is. We here in NZ should not place too much weight on the extent to which the Chinese government can control this outflow. The money will continue to come here as long as the chinese business elite decide they want it to.

The money will only come here as long as the govt allows it.
Perhaps one day our govt will grow a spine and say enough is enough.
But while the population is enamoured with house prices and cheap junk from asia, it is like heroin to an addict.