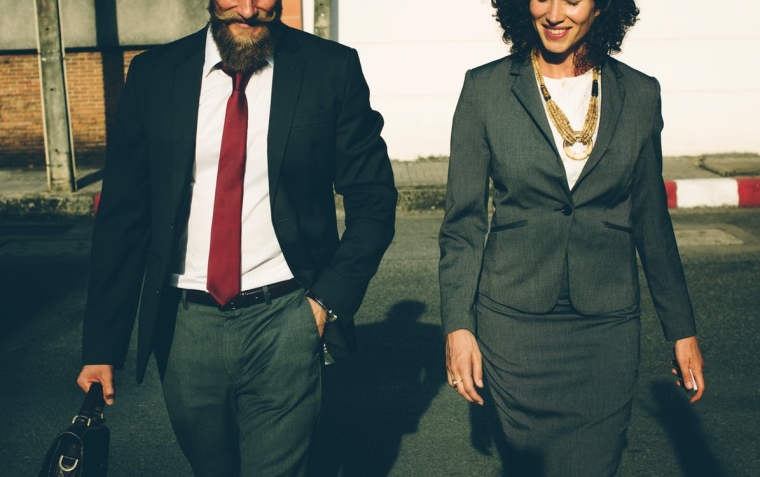 The Ministry for Women has put together a guide, having spoken to 26 companies about their experiences and what they’re doing to close the gender pay gap.

However the Deputy Prime Minister and Minister for Women, Paula Bennett, has refused to follow the lead of Australia and the UK, in requiring companies to publicly disclose what their gender pay gaps are.

“It’s our attitude and not regulation or interference from the government that will lead to change,” she says.

At 12%, New Zealand’s gender pay gap is the same as what it was when National became government in 2008. It has however come down from when it hovered at around 16% in 1998. 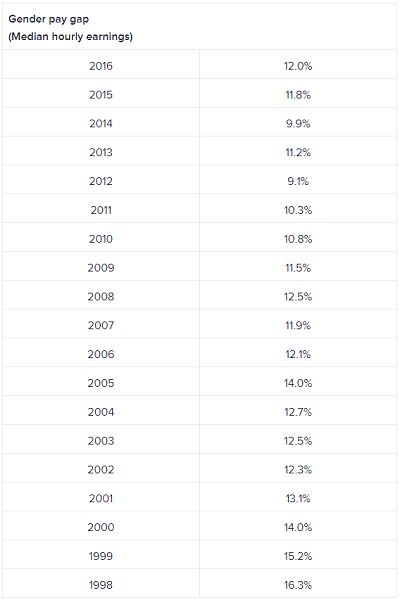 The pay gap across the ditch sits at 16%, having dropped from around 17.5% in 2012 when legislation (the Workplace Gender Equality Act) was passed, requiring non-public sector organisations with at least 100 employees to report to the government on six gender equality indicators.

The UK has a gender pay gap of 18%. From next year, UK companies with more than 250 employees will have to publish their gender pay and bonus pay gaps.

“We have already seen great leadership from the State Services Commission in publishing the gender pay gap data of public service departments. We are keen to see that private businesses be required to do the same,” she says.

However the National, ACT and United Future parties in May prevented a Members Bill from Green Party MP Jan Logie, which puts this requirement on the private sector, from proceeding through the parliamentary process.

Bennett says: “We’ll obviously keep an eye on what’s happening in Australia and see if it brings down their gender pay gap faster than we are, but at the moment I am very heartened by businesses in New Zealand that want to close the gender pay gap.”

She believes the gender gap will close as the government encourages companies to take leadership on the matter themselves.

Furthermore, Bennett maintains more investors and fund managers are pressuring the companies they invest in to ensure they have diverse boards and senior leadership teams.

“I think actually that can be some of the biggest change that we can see happening,” she says.

Bennett credits KiwiSaver provider, Simplicity, for earlier this month announcing it has asked the largest 50 companies on the NZX to plan for “full diversity” over the next six months, and to have it fully implemented in five years.

Simplicity says: “Diversity will be what works for the company. It could be by gender, ethnicity, age or ability.”

It has committed to monitoring progress with AUT researchers, and regularly publishing results.

“We’ll praise those companies working sincerely towards it. Conversely, as a shareholder, will have a range of options available for those who don't,” Simplicity says.

Asked whether she sincerely believes such a call will spark change, or whether companies will dismiss Simplicity’s call as a clever marketing stunt, Bennett says: “I think money talks for some of them. And when they’re [Simplicity] kind of saying they expect to see behavioural changes, and if they don’t, they may not invest in them - that’s a pretty big call.”

Bennett not into naming and shaming

The companies that have worked with the Ministry for Women on its guide, include: ANZ, Chorus, EY, Icebreaker, Simpson Grierson, Sovereign, The Mind Lab, Transpower, Vector, Westpac, Xero and Workplace Gender Equality Agency Australia.

Bennett says the Ministry talked to another 14 companies about their experiences closing the gender pay gap, but these didn’t want to be named.

She is “appalled” there were some companies that didn’t want to be involved at all, but has refused to name these as she’s “not into shaming people”.

“There are some employers out there that are still hiding behind themselves and are not willing to stand up and say that they’ve got a bit of a problem and then show the actions that they’re taking to address it.

“Some don’t think they’ve got a problem, but then are not prepared to measure it to find out if they do.”

She notes women have upskilled, with 60% of people gaining Bachelors degrees or above now being women.

What’s more, women are moving into traditionally male dominated careers, with 19% of civil engineering graduates now being female for example.

Bennett says: “We know there are a number of factors that impact on an organisation’s leadership and human resources and remuneration policies. If we are serious about the gender pay gap, each of these needs to be looked at and changes made.”

She challenges companies to make a plan to address the gender pay gap.

“Understand your work business, understand that you might have a gender pay gap, then do something about it. Don’t accept short lists for senior roles or board appointments that don’t have women on them, and then choose the best person for the job,” she says.

“It’s great for business… I don’t think a company or business is making as much money or being as successful as they can, if they don’t have diversity in their senior leadership roles.”

Overall Blue welcomes the guide, saying she’s “pleased to see that the need for normalising flexible work and parental leave for men and women are also included in the guidelines.

“By regularly reviewing internal processes around recruitment and promotion, publishing and understanding their gender pay gap data, and providing more flexibility to their staff, employers will be in a much stronger position to eliminate the gap.”

What is the gender pay gap exactly? Are we talking about the pay gap for a man and woman with same qualifications and experience doing the same job? Or is it the average male salary in NZ vs female? The latter seems like a completely meaningless statistic.

Which could be because women tend to choose careers that are lower paying. I don't see why that is something that needs to be 'fixed'?
If women are getting less pay for the same job, or not getting promoted when they should, that is a definite issue. Anecdotally I'm not seeing that...

This is stoopid. Private companies pay what they think is right, nothing to do with gender. All the women need to toughen up and stop being sour grapes.

It is stupid not to employ the best person. At ATEED when I last checked their website all four of the top positions were held by middle aged white men but if you want to contact them you have to do so via their female secretary. maybe just a coincidence? Like tossing a coin and it coming up head four times in a row.

I trust the competitive world - I doubt the Warehouse would employ a man if they can find a better woman.

When the figures are looked at carefully the difference is not as large as it might seem. The last I heard there was little difference at all until children arrive - the woman interrupts her career and the man suddenly buckles down and starts working harder.

When everyone is happy with the male / female pay balance they can look at a similar difference between tall and short men. Tall earn more and I can see why that might help in a physical job - say brick layer but why in the office and the boardroom? [Happily retired 187cm]. Good looks helps too - both male and female.

Now where have I seen that before. They might as well all join Toddy for full time sex and drug romps in Queeny.

Re women leaders you don't have to go far on the web to find studies showing they are better leaders than men. We certainly wouldn't have as many wars.

I don't think they are claiming that women make better leaders than men. If women were better shareholders would demand that all men be replaced and the company would then dominate the market resulting in fabulous returns. I think, rather, the theory is that a diverse leadership will be better able to tap into the Zeitgeist because of the diversity of ideas and experiences. A board without women, ethnic minorities, transgenders, amputees or those with chromosomal abnormalities will not be able to truly take advantage of the spending power of a diverse marketplace. The board should exactly replicate the marketplace itself.

What these people want is no diversity in reality. The consumer will have no choice but to deal with so called diverse companies which will all be exactly the same. They don't want anyone to be noticed as being better than anyone else.

This may be the "Great Filter" that we have wondered about. Why have no alien civilizations been observed in the Universe. Was it because they all reached a stage in their civilizations where they demanded diversity in their leaderships? Just a theory, something to think about....

I have found that the best way to get a pay rise is to change company every 3 or 4 yrs or so. My pay bears no relation to those who never changed their job. I probably get 1.5 times now what I would be on if I stayed in my first good job.
There seems to be a battle going on in the media at the moment where it women vs immigrants vs existing NZers vs white people vs old people vs young people vs super diverse women etc. Its all a bit of a laugh.
The discussion never addresses anything like my comment above. ie By changing company the salary increases have blown everything else clean out of the water.

Correct. There are two types of person: those who split people into two groups and those who don't.

There are two types of people: those who can count.

There are 10 types of people. Those that understand the binary system and those that do not.

there are two types of people, those who can extrapolate from incomplete data

There are two rules for success:

1. Never reveal everything you know.