Taking the initiative to boost trade and other commercial contacts is the best way to resist a trade war says Bill Emmott. Prepare for the worst by negotiating multilateral agreements to preempt American mercantilism

Taking the initiative to boost trade and other commercial contacts is the best way to resist a trade war says Bill Emmott. Prepare for the worst by negotiating multilateral agreements to preempt American mercantilism
22nd Nov 17, 9:06am
by Guest 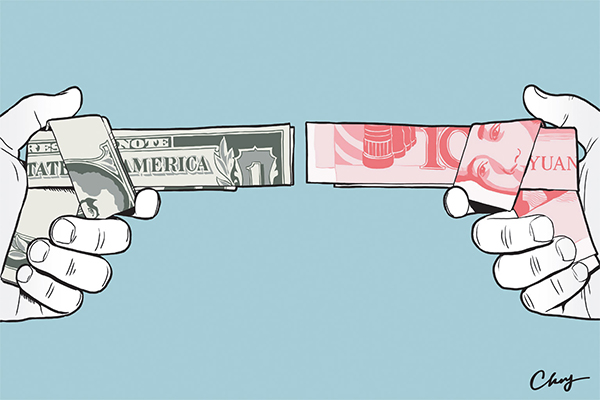 Is US President Donald Trump what Maoists used to call a paper tiger, or should his noisy threats be taken seriously? That question has loomed particularly large over the North Korean nuclear issue. But after Trump’s fairly emollient 12-day tour of Asia, fears of a conflict on the Korean Peninsula have ebbed somewhat.

And yet that same tour raised another threat, which the world has every reason to take seriously. In the second year of his presidency, Trump’s administration will likely set its sights on trade, suggesting that the prospect of more trade wars will increase substantially.

In his first year in office, Trump has often huffed and puffed about other countries’ unfair trade practices, just as he did during the 2016 election campaign; but he has done little to turn words into deeds. This inaction is understandable. Trump is relying on China – one of America’s largest trade partners – to apply pressure on the North Korean regime, while US businesses have lobbied vigorously against any measures that might inhibit trade.

Still, Trump’s apparent restraint cannot be expected to last. Trade is one of the few policy areas where he can be said to have an ideology. The “logic” of that ideology holds that trade deficits are proof of unfair practices by other countries, and should thus be met with tough and decisive action.

Moreover, Trump has a compelling political interest in maintaining the support of his core supporters. After Twitter, Trump’s trade rhetoric is his most powerful weapon. It is never too early to start building a case for re-election in 2020.

Until now, Trump has been willing to hold back on the trade issue until the Republican Party’s planned tax overhaul makes its way through Congress. He does not want to risk disrupting his and his party’s last chance to secure a real legislative victory this year. Once tax legislation is off the table – and especially if it fails ignominiously in the same manner as the Republicans’ health-care-reform effort earlier this year – Trump will want to show that he means what he has said on trade.

Trade is at the center of Trump’s “America First” approach, which he claims will protect and even restore lost American jobs. While some in Trump’s cabinet might reject efforts to apply the slogan to the issues they oversee, Secretary of Commerce Wilbur Ross, US Trade Representative Robert Lighthizer, and National Trade Council Director Peter Navarro all share Trump’s views on trade.

Each agrees that America’s big bilateral trade deficits with countries such as China, Japan, Germany, and Mexico are proof that America is being taken for a ride by its competitors. Trump and his trade advisers believe that by reducing or even eliminating those deficits, they can create well-paid jobs for American workers.

Trump made his views clear in a speech at the Asia-Pacific Economic Cooperation (APEC) summit in Da Nang, Vietnam, on November 10. “We are not going to let the United States be taken advantage of anymore,” he said. “I wish previous administrations in my country saw what was happening and did something about it. They did not, but I will.”

But what concrete actions will Trump actually take? So far, he has abandoned the 12-country Trans-Pacific Partnership – which his election opponent, Hillary Clinton, had also promised to do – and opened negotiations with Mexico and Canada to update the North American Free-Trade Agreement, which President Bill Clinton signed into law in 1994. This is minor stuff.

But next year, Trump can be expected to turn rhetoric into action on two main fronts. The first is China, which Trump has singled out as the greatest trade exploiter of the US. Unless the North Korea standoff escalates critically, he will likely initiate anti-dumping actions against Chinese industries – notably in steel – deemed to be selling their goods below cost; and he will probably launch a broad assault on intellectual-property violations in China.

These measures will almost certainly provoke retaliation from China. China feels stronger than ever in the Trump era, and in the eyes of Chinese cadres, not responding forcefully would be a sign of weakness.

The other main front for Trump is the World Trade Organization, which America helped establish in the early 1990s as a successor to the post-war General Agreement on Tariffs and Trade. Lighthizer has gone on record to describe the WTO’s dispute-settlement system as harmful to America. And already, the Trump administration is blocking the appointment of new judges to WTO arbitration panels. If it maintains that policy, the WTO’s entire dispute-settlement system will be crippled within months.

With the WTO essentially out of the picture, the US will launch a new initiative to strike bilateral deals on trade rules – an approach that Trump advocated in his APEC speech. Given that the US remains a vital market for most exporters, such an initiative will have clout.

Asian and European countries, in particular, should be preparing for the worst by negotiating their own trade agreements with one another to preempt American mercantilism. After all, taking the initiative to boost trade and other commercial contacts is the best way to resist a trade war.

By reviving the TPP without US involvement, Japan and other Asia-Pacific countries are already on the right track. But if a Trump trade war is in the offing, they – and other countries – will need to double down on that approach.

Bill Emmott, a former editor-in-chief of The Economist, is the author of The Fate of the West. Copyright: Project Syndicate, 2017, published here with permission.

I hope that they have removed all the USA friendly provisions from the TPPA. (an the NZ govt removes the laws that it passed in anticipation) The USA are such trade bullies that maybe the best thing that the rest of the world can do is isolate them and force them to come to the rest of the world from a weakened position so that they can be forced to accept reasonable trading rules.