Hospitality NZ is telling MPs to take a closer look at proposed legislation that would see a significant carve out of the 90-day trial period, cautioning them it will have a ‘significant’ impact on the tourism sector

Business
Hospitality NZ is telling MPs to take a closer look at proposed legislation that would see a significant carve out of the 90-day trial period, cautioning them it will have a ‘significant’ impact on the tourism sector 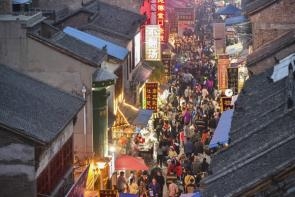 Proposed changes to New Zealand’s employment rules are a “significant concern” for the country’s tourism and hospitality sector, MPs have heard.

But the Council of Trade Unions (CTU) is backing the changes, calling them well overdue.

Both organisations were submitting to the Education and Workforce select committee on Wednesday morning, lobbying their members’ case to MPs.

Under the legislation, the 90-day trial period will be scrapped unless a business has 20 or fewer employees.

But Lee says there is no contingency for businesses which employ fewer than 20 people for most of the year but scale up staff numbers during peak periods.

“This is very relevant in our sector … it happens a lot when you consider things like traditional tourism summer high periods in, or in the ski season.”

Lee says this is a concern, given how heavily New Zealand’s economy has come to rely on tourism.

She suggests that the threshold should be increased from 20 employees to 50.

“This would likely solve this upscaling issue for the sector.”

She says there are close to 21,000 hospitality-based enterprises around the country – of those, roughly 92% employ fewer than 20 people.

If the threshold was increased to business with 50 employees, that would cover close to 99% of businesses.

She says the changes proposed in the legislation, as well as the increases in the minimum wage, are causing “significant concerns within the sector.”

“We would caution that too heavy of a legislative hand on small business operators will be counterproductive to the sustainability of these businesses and will become a major issue with increasing cost of compliance.”

‘A cavalier attitude to employment’

The CTU, on the other hand, says the Government’s legislation is good news for employees and there “is no place for 90-day trials” in New Zealand.

“It’s an important step in rebalancing our employment relations system.”

The reason for its opposition, according to CTU President Richard Wagstaff, is because it means for three months new workers have their “right to natural justice suspended.”

He says the current rules encourage a “cavalier attitude to employment” where employers are encouraged to try an employee like someone would “try on a pair of shoes and flick them off, like there is no harm done.”

He says there have been more than 10,000 people in small businesses alone dismissed within 90-days.

“That’s a huge number of people who have a terrible experience and suffer a blow to their self-esteem and their future career when they’re subject to dismissal without reason.”

He says research from Treasury shows that no new jobs were created as a result of the introduction of the rules.

The Employment Relations (Triangular Employment) Amendment Bill passed its first reading last months as is currently before the select committee.

There are three options for working age NZers, whether were born in NZ or migrated to and then became a NZer:
A. have a job with perspective
B. have a job without perspetive
C. live on dole

NZers is probably indifferent between B and C in terms of net benefit, or the option C is even more sound.

So, there must be someone picking up the Option B - jobs without perspective. They are either non-working age (younger) NZers or non-NZers who is not entitled with any dole.

Labour's policy has always been toward protecting/benefiting people choosing option B and C.

I'd love to see it come up with policies that enable more jobs with perspective being created!

... on this issue , history will show the CTU and the NZ Labour Party to be completely wrong , complete prats ...

Do workers really want the 90 day trial? I fell victim to the 90 day trial purely due to business not picking up in an industry where this company was at peak market share. My previous employer brought me back in a heartbeat so fortunate in that aspect.

Employees don’t need the 90 day trial, they can give notice to leave at any time.

Surprise surprise. All this and minimum wage will do is lead to more unemployment unless employee productivity is lifted at the same time which won’t happen without better education / upskilling investment. Same productivity + less flexibility + more cost = employ fewer people. The assumption of the CTU is that these employers have heaps of cash reserves and make massive profits which is clearly wrong - this is NZ! Better to take a long term view. Invest in upskilling and education to make employees more productive then you can afford them because they’re better, more productive employees. More populism from Labour I’m afraid.

It is fairly clear that the extra being employed during the busy period are there on a casual basis, anyway, so what is the damned problem. Are these employees misusing this act instead of employing people upfront from the outset that this is only a seasonal job, or are they duping people into thinking that the job is permanent then activating the 90 day rule when they have no further use for them? You have to wonder.

""He says there have been more than 10,000 people in small businesses alone dismissed within 90-days. That’s a huge number of people who have a terrible experience and suffer a blow to their self-esteem and their future career when they’re subject to dismissal without reason.”"
None of them given a reason? Such as drunk or on drugs or consistently late or simply unable to do the job. The last happened to me - my programming skills were not quite where I though they were - I remain very grateful to the employer who gave me a chance and in a small business he had no means of providing the training and waiting for me to gain speed and knowledge.
A good employer should give a reason but if within 90 days he should not have to defend that reason.

its also going to have a major impact on the lending space. many credit providers liked the 90 day trial period as it bought certainty to employment.

Removing this certainty will lead to tougher lending standards.

Gee, that is a bit of a stretch.

The 90 day trial period was, more or less, a measure to protect employers from having to go through mediation should an employee figure their dismissal was unjustified. Someone can be dismissed if they're not performing, and if so there should be a check on this to ensure that it is justified. The only people who want or need the 90 day trial period are employers with high turn over of staff, as it reduces the level of administration (and cost) involved.

I'd be highly suspicious of any claim that the 90 day trial somehow influences lending criteria, if anything it would be a negative factor on any application.

you're right. if someone applies for a loan inside 90 days they will most likely be declined unless the employer waives the clause. Now credit providers may well want 12 months of continuous employment to be satisfied of employment stability. That is if the trial period is removed.

Back in the good ole days, ASB lent me over $200,000 with no proof of on going employment (I was on a fixed term contact and my wife was a student when we purchased our first home).

well done! however wouldn't happen today with the current environment.

updates from Australia, which will likely find way here in due course

Home loan applicants at Westpac will have to reveal spending on everything from pet care to tax and toiletries, under a tough new "responsible lending" regime being introduced from next Tuesday.

The nation's second largest lender, which includes Bank of Melbourne, BankSA and St George Bank, will deeply drill into borrowers' income and spending to better understand their living expenses, commitments, capacity to repay and verify documents.

"We are making changes to understand the granularity of our customers' expenses and liabilities," the bank is telling staff and mortgage brokers, who provide about 46 per cent of mortgage flows.

It is also to stop "liar loans" issued on exaggerated income and understated expenses that have the potential of undermining underwriting standards and increasing vulnerability to sharp economic corrections.

The group has recently appointed Equifax, Experian and illion, which is formerly Dun and Bradstreet Australia and New Zealand, some of the world's major providers of credit reports and credit scores, to help screen applications in response to government and regulatory pressure to boost loan scrutiny.