Lee Jong-Wha says rapid population aging is a serious threat to Asia’s long-term economic prospects. However Asian economies can mitigate these risks and become more productive, resilient, and dynamic than ever

Lee Jong-Wha says rapid population aging is a serious threat to Asia’s long-term economic prospects. However Asian economies can mitigate these risks and become more productive, resilient, and dynamic than ever
2nd Jun 18, 10:06am
by Guest 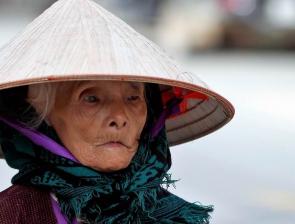 While the rise in healthy life expectancy is a positive development, this demographic shift poses a serious threat to many economies, which are already losing vitality.

A consistent supply of young, skilled workers was an essential ingredient of Asia’s rapid economic catch-up process over the last three decades.

But that process is not over, and middle-income countries like China and Vietnam are now facing accelerating population aging. In South Korea, the working-age population (15-64 years) will shrink by 10% from 2017 to 2030.

Against this background, the only way to sustain the labour supply – aside from immigration – is to keep people in employment beyond the traditional retirement age. The good news is that a growing number of seniors in Asia are already working. According to the OECD, the share of working South Koreans aged 65-69 was as high as 45% in 2016; for 70-74-year-olds, the figure stands at 33%.

Unfortunately, many of the jobs performed by elderly workers are low-paid. And, as South Korea’s rising youth unemployment rate suggests, seniors may be displacing their younger counterparts, instead of working alongside them – effectively defeating the purpose of including more elderly Koreans in the labour force.

One problem is that younger workers tend to be more productive than their senior counterparts. Firm-level studies indicate that workers everywhere are most productive between the ages of 30 and 45. A higher share of seniors in the workforce has thus resulted in lower overall productivity in US states and across countries.

This makes sense: while older workers have plenty to offer, including critical job skills such as communication and problem-solving, owing to their extensive experience, their physical and cognitive capacities tend to decline. Together with a lack of technical capabilities such as ICT skills, this undermines their ability to adapt to the fast-changing technologies that are the lifeblood of today’s economies.

Against this background, it is vital not only to ensure that there are enough quality jobs for all workers, old and young, but also to boost productivity among older workers – an objective that new technologies can help to achieve. For example, advances in medical science and biotechnology are helping to stem workers’ physical and cognitive decline.

Meanwhile, technologies like robots are displacing a growing share of manual labour, leaving less physically demanding jobs for humans. The potential of these technologies is not lost on countries such as Germany, Japan, and South Korea, where the workforce is aging the fastest, and where automation is being adopted particularly quickly.

But if seniors are to occupy high-quality jobs in the new economy, they need access to more effective lifelong learning programs that enable them to upgrade their skills continuously in response to technological change. Such training can be made available through various channels – including private firms and trade unions – with government support.

Seniors need to be encouraged to seize these opportunities, even if it requires them to take a break from full-time employment, though on-the-job training is also a desirable option. In fact, participation in on-the-job training by middle-aged and elderly workers in Japan and Korea is currently lower than in other advanced economies, such as the United States and Finland, meaning that there should be space for improvement. To that end, governments might consider providing vouchers that workers can use to pay for training that will support progress in multiple jobs, rather than focusing on specific job- or company-related skills.

It is not only seniors who need access to upgraded education and training programs. Young people, too, need to be better prepared for a fast-changing work environment. Poor-quality basic education prevents students from reaping the benefits of subsequent education and skills training. In many Asian countries, formal education systems often fail to produce graduates with adequate cognitive abilities and technical competencies to fill the labour market’s needs.

To meet those needs, all levels of education and training will have to provide students with the “skills of tomorrow.” In an era of artificial intelligence, that must include the non-routine cognitive and interpersonal skills – problem solving, critical thinking, collabouration, and communication – that many older, more experienced workers already possess.

Rapid population aging no doubt poses a serious threat to Asia’s long-term economic prospects. But it also represents an important opportunity to expand the labour pool and capitalise on older workers’ existing skills. With the right policies, Asian countries can mitigate the risks of population aging and harness their “silver dividend” to become more productive, resilient, and dynamic than ever.

Lee Jong-Wha is Professor of Economics and Director of the Asiatic Research Institute at Korea University. His most recent book, co-authored with Harvard’s Robert J. Barro, is Education Matters: Global Gains from the 19th to the 21st Century. Copyright: Project Syndicate, 2018, published here with permission.

Problem with ageing is non spending propensity and non need to spend as much.
The most spending is done by 47 year olds.
Harry Dent did all this in his books.\
China pop of working age peaked in 2015. It is downhill from there on in.
China pop forecast to shrink to 900m by 2100. USA pop to increase 725m.
Here endeth the lesson
Hispanics not so bad after all eh?

House prices in Japan continue to diminish every year as the elderly move into care facilities or die, or both. This situation is expected to continue until at least 2040. For some reason many people worry it is a problem without considering the very obvious upside: plenty of very affordable high-quality housing for Japan's young(er) people, none of whom are interested in residential property as an investment. Open homes are attended almost exclusively by young couples. There are no greed-addled babyboomer "investors" or speculators to be seen and there are more than enough houses to go around. The old make way for the new who enjoy the benefits of low house prices and an employee's market. Japan is highly productive. It isn't reliant on offshore borrowing to prop up a minuscule economy based on tourism, agriculture, and selling houses to itself at increasingly talked-up prices.

We should be planning for (and embracing) a world with a declining population. And get used to the idea of a steady state economy.

I get no traction whatsoever when I try to point out the deflationary time bomb that will hit the world economy when the boomer generation are all retired and/or dying off. The oldest boomers started retiring 6 years ago but the biggest wave of that generation has yet to hit retirement. It's also a population demographic phenomenon that affects many countries so the deflationary affect may be felt all over the globe. Demographics are a tricky area, but almost nothing is more predictable than the lower rate of spending observed in retirees. And this group of retirees are the most populace generation the world has ever seen.

But more generally, i agree with Malarkey and Brutus, there will be many plus sides to the shrinking of the world's population. Just not for the people who are utterly obsessed with "growth". In many ways the "growth" that has been the goal of every country over the past centuries (and long before) was likely always highly connected to population growth. The idea that you can just keep pushing for GDP growth ad infinitum needs challenging. Why do we always need a goal of GDP growth? If shrinking population leads to shrinking GDP, but shrinking population leads to better quality of life then what's the problem? Yes we will need to restructure how many economic models work, but so what? We invent new models all the damn time.

GingerNinja - how certain can we be that most boomers will retire at 65? I know of quite a few people into their late 60s / early 70s, who are still working, at least 20 hours per week.

Fritz, there will be exceptions, but as a global demographic, the next 10-15 years are going to see a very large generation retiring, and it's hard to imagine how that won't have a deflationary affect. I mean, perhaps more NZ-ers will work for longer, simply because life is more expensive in NZ. But globally, we'll still be seeing the majority of boomers retiring.

My sister in the US was widowed years ago. She's just purchased a retirement home (standard size house) in a retirement community in New Mexico. She's also taken out some kind of security/insurance type policy that serves to guarantee that when you become unable to live independently, you have a place booked in a full care facility (within the same body corporate, I assume).

So, yes, folks in the US anyway are already paying up front to ensure a place in a 'home' when they get to that age/stage in life.

So what is more important, a population that is sustainable on a finite planet or an economy? It seems, so far, the answer is "an economy". Stunning, eh?