While America's fiscal hawks and doves disagree about the sustainability of US government debt, they both accept the standard measure of it as accurate. This is a mistake, and possibly a catastrophic one

While America's fiscal hawks and doves disagree about the sustainability of US government debt, they both accept the standard measure of it as accurate. This is a mistake, and possibly a catastrophic one
25th Aug 18, 9:41am
by Guest 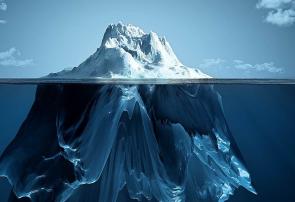 By Daniel Blitz and Robert Dugger*

Former US Secretary of the Treasury Lawrence H. Summers recently quipped that, “Fiscal stimulus is like a drug with tolerance effects; to keep growth constant, deficits have to keep getting larger.” People like Summers worry about deficits because they doubt that the money the government is borrowing is being spent in ways that will push the long-term growth of GDP above that of the debt. Unless the mix of spending changes, the debt-to-GDP ratio will continue to grow, foretelling disaster.

Others do not share such concerns. On the political left, Nobel laureate Paul Krugman, for example, argues that for “a country that looks like the United States, a debt crisis is fundamentally not possible.” On the right, John Tamny, Forbes’ political economy editor, says, “Ignore the endless talk of doom, budget deficits really don’t matter.”

But while judgments differ about the sustainability of US government debt, they both accept the standard measure of it as accurate. This is a mistake, and possibly a catastrophic one.

The Congressional Budget Office (CBO) recently reported that the federal budget deficit in the first ten months of this fiscal year was $116 billion higher than it was at the same time last year. The CBO is now projecting that the annual deficit will reach $1 trillion by 2020. This is worrying, but it does not reflect the harsh truth. The annual deficit almost certainly surpassed $1 trillion last year.

To understand why, think of America as a home with a leaky roof. If you wanted to sell that home to a buyer who is financing the purchase with a mortgage, federal real-estate law would require you to get an appraisal, which would show that the roof needs repairs. In this scenario, your maintenance delays cannot be ignored. The law requires that you disclose and pay for the hidden costs of repairing the roof. Otherwise, you are stealing from the buyer.

True, unlike the mortgage on your balance sheet, you may not regard roof maintenance as a current liability. But putting it off doesn’t make it disappear. It is still a real debt – just one that has gone unaccounted for.

The federal government also has debt that has not been accounted for, and which one doesn’t often hear about. The debt that has been accounted for is the $15.6 trillion held by the public in the form of US Treasury bonds. The debts that have notbeen accounted for include the deferred costs of maintenance on roads, water systems, and 54,560 structurally deficient bridges, as well as the yet-to-be-built low-carbon energy systems necessary to mitigate the catastrophic effects of climate change. And these are just two broad examples.

So, just how much hidden US debt is there? At this point, we must rely on rough estimates. For example, according to a 2016 report from the American Society of Civil Engineers (ASCE), upgrading the country’s crumbling infrastructure would cost $5.2 trillion. And, according to a 2014 International Energy Agency (IEA) report and our own calculations based on the US share of global CO2 emissions, transitioning to a clean-energy system will cost an additional $6.6 trillion. All told, that is $11.8 trillion in unaccounted-for non-inflation-adjusted liabilities.

To be sure, these debts are not solely federal liabilities. In the past, state and local governments were responsible for most infrastructure and climate costs. However, already burdened with more than $3 trillion of municipal debt, state governments are overwhelmed by the scale of their deferred-maintenance liabilities and the only recently documented costs of climate change abatement. However, because climate change and infrastructure security are national issues, rather than local, the federal government is ultimately responsible for that $11.8 trillion in infrastructure- and environment-related debts. They are America’s national “leaky roof.”

That figure increases every year, because as bridges continue to weaken, it costs even more to fix them; and as sea levels and temperatures continue to rise, and as forest fires become more severe, it costs more to mitigate the damage. In fact, between 2012 and 2016, the ASCE increased its estimate of America’s annual infrastructure-investment gap by $221 billion – about $55 billion per year. And between 2012 and 2014, the IEA increased its estimated cost of moving to a clean-energy system by roughly $270 billion per year. Together, the unaccounted-for inflation-adjusted deficit amounted to $345 billion – just from delaying needed infrastructure and climate abatement spending.

The 2017 US federal deficit was $665 billion, reflecting the amount by which debt that is actually accounted for increased. If infrastructure and climate debt that is not accounted for were to be included, the all-in deficit in 2017 would have been over $1 trillion. Yes, these are back-of-the-envelope calculations, but they point to an urgent question: Why isn’t the US counting its hidden debts?

The short answer is that the law doesn’t require it. The federal “debt limit” was never a firm construct, and under pressure it became a squishy “ceiling suspension” that allows the government to borrow as much as it wants. Meanwhile, a congressional rule that was intended to ensure fiscal responsibility by prohibiting deficit increases above $1.5 trillion within a ten-year window has become an accounting trick to escape responsibility for the 11th year and beyond.

But just as we are stealing from the homebuyer if we do not disclose and pay for our leaky roof, we are stealing from future generations of Americans when we ignore the full extent of government liabilities. Until all debt is counted, we cannot even begin to know whether fiscal policies are having positive or negative effects on future growth.

In a research note ANZ, a bank, points out that the short position (bets that gold will be cheaper in future) is the highest since data was first collected by the CFTC in 1993.Nowhere is the negative sentiment more evident than on derivatives markets where investors and speculators seemed to have lost all confidence in gold’s ability to move higher.

According to the CFTC’s weekly Commitment of Traders data up to August 14, investors (non-commercial traders) are now short 215,467 lots, the equivalent of 670 metric tonnes.

This age is functionally coming to an end. The people who started it are now in their 90's and it looks as if Mr Trump has got a few of them still working for him.
Why is this relevant. It is because the next generation (the baby boomers) now in their 60's & 70's have really let standards slip, especially in the areas of governance and leadership, but most tellingly in our relationships. The boomers discovered divorce. We baby boomers have got a lot to answer for.
The next generation is now in their 30's & 40's and they're trying very hard to make a go of it, with overpriced housing a huge piece of baggage, that the boomers have engineered, their biggest concern. These people also have a totally different population mix to deal with. There are many more non-workers in this group than there were in the boomer's generation, which alongside increased changes in the way life operates and expects to operate, their trip through this life is a little more uncertain than the boomers.
Life is cyclic and things tend to repeat or disrupt every 80-90 years or so, as the people who set that time up pass away and the knowledge that created that 'peace' or opportunity are either forgotten or ignored.
The fourth generation that's come along recently is the new babes to kids lot, who if they are not being totally spoiled by their doting and wealthy grandparents, are being brought up in germ infested day care centres, or being beaten up and abused by the huge increase in children born into poverty that NZ Inc has created with our welfare state. If you think there's a big wealth gap now in the millennial world, you just wait for the grand kids to grow up. It will be just like America is today - the almighty rich in their gated communities with the rest doing their best on the outside. You could add in a little bit of Mexican/Central American chaos to spice things up, but let's hope it doesn't deteriorate to that level in NZ.
I know, I'm a joy to the world today.
Have a great weekend everyone.

I'm quite a fan of the samba myself so here's hoping. The inequality you are talking about is already well and truly embedded and gen x'ers like myself are shouldering the weight now. I could argue its just as much been caused by neo libralism as (too much OR not enough ) welfare. Sustainability, the great catch cry of the green movement it turns out has an application in economics and politics and relationships also. The problem being in this Country we happily (?) follow the example of the Washington led cabal and despite the scrap heap of devestated, depressed, incarcerrated and suicide prone humanity that is a clear indicator to do otherwise we proudly refuse to invest in the future while we simply strip out the profits for today. Time to change.