Zhang Jun explains why China will not go the way of the Soviet Union in a cold war with the United States
1st Dec 18, 11:01am
by Guest 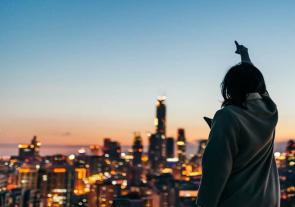 In the 1940s, the British historian Arnold J. Toynbee predicted that the United States and the Soviet Union would remain the world’s only two great powers. Not even China and India – with their “ancient civilisations” and “vast populations, territories, and resources” – would be able to “exert their latent strength” in the ensuing decades.

Toynbee was right about the ensuing decades, but wrong about two places: the Soviet Union collapsed, and now China has become the world’s second-largest economy and a leading global player.  But, at a time of powerful economic headwinds and a new cold war with the US, will China continue its rise, or go the way of the Soviet Union?

To answer that question, it is first worth noting that China is not an enemy of the US, and the new Sino-American cold war is not rooted in a military standoff, much less ideological conflict. Rather, it reflects US President Donald Trump’s rejection of China’s economic rise and, more generally, of open policies.

But it is not just Trump, with his populist “America First” agenda, who opposes globalisation and advocates protectionism, particularly against China. Some liberal and highly respected economists, including Larry Summers, also worry about the outcome of globalisation, even if they disagree with Trump’s approach. This points to rising anxiety about the US economy’s ability to weather the challenges ahead. Predictions that China could replace the US as the dominant global economy, like one made by Arvind Subramanian in 2011, have no doubt fueled American angst.

To be sure, China faces plenty of challenges of its own, owing partly to a growth model that produced significant imbalances. But, contrary to the Trump administration’s narrative, those imbalances – particular the trade surplus vis-à-vis the US – were not intentionally created through exchange-rate controls and distortionary policies. After all, such tactics would be most damaging to China itself.

The reality is that, despite its imbalances, China’s economic rise over the last 40 years has been extraordinary, and was achieved by its successful policy of committed structural reform. The country’s economy has been much more open than most others during the same period, and its astounding trade success – exports now account for about 60% of GDP growth – therefore deserves respect, not reproach. Critics should care about not only China’s exports minus imports, but also about its exports plus imports.

Moreover, there are serious flaws in comparisons between China today and the Soviet Union during the Cold War. Back then, the Soviet Union’s vast natural resources, industrial and military expansion, and state-controlled economy caused many economists to overestimate its leaders’ ability to manage risks.

In reality, the Soviet Union lacked key sources of dynamism, such as financial incentives for economic risk-taking, market competition, free trade with developed economies, and decentralised governance systems – all features of China’s economy today. Similarly, whereas an ever-expanding bureaucracy encumbered the Soviet economy, China’s economy benefits from the decentralisation of considerable economic authority to local governments.

Given these important differences, China seems unlikely to face anything like the Soviet Union’s fate. But that is not the only negative comparison that has been made. Some also suggest that China’s economy could follow in Japan’s footsteps, facing a “lost decade” (or two) of negligible growth.

Again, however, the prediction ignores important differences between the two economies in question. Before Japan fell into stagnation, it had reached advanced-economy status, with a per capita GDP of $26,000 (in purchasing-power-parity terms) in 1990 – only slightly below the US level of $31,000. China, by contrast, still has a long way to go before catching up with the advanced economies.

There is little reason to believe that, as long as China continues to pursue market opening and structural reforms, its average annual growth rate over the next 15 years will fall below 5%, as some have predicted. Subramanian’s own projected average per capita growth rate of 5.5% for the 2010-2030 period is already conservative, as it is more than 40% slower, overall, than growth over the previous 20 years.

To provide some context, Subramanian looked at how other countries had fared when they had reached China’s level of development today (one-quarter of the standard of living in the US during its post-war economic heyday). He found that, while some countries suffered long periods of decline, others were able to sustain rapid growth. In Subramanian’s words, “a lot will have to go wrong” for China to find itself in the former category.

In 1995, the late Yale University economist Gustav Ranis emphasised that the East Asian economies’ success in sustaining long-term growth owed much to the “flexibility of policymakers” who consistently responded to changing demands. “Each decade had its challenges,” Ranis wrote, and the government’s policy responses consistently accommodated, rather than obstructed, the needed changes.

Ranis concluded that, “If there is one key to developmental success, it is avoiding the encrustation of ideas.” That is achieved through policymakers’ “ever-increasing reliance on the responsiveness of large numbers of dispersed decision-makers.” This description perfectly suits China.

The response to the global economic crisis is a case in point. When advanced economies implemented unprecedented monetary stimulus, Chinese leaders deepened their commitment to shifting from an export-led to a domestic-consumption-driven growth model, even if it meant enduring a difficult period of structural adjustment, which explains the country’s slowing growth over the past five years.

We should not underestimate China’s capacity to handle both longstanding and new challenges, including the trade war that Trump has initiated. In fact, given their past record, it seems likely that China’s leaders will only become more determined to continue calibrating the country’s growth model, opening up the economy , and implementing further structural reforms, all in the service of their ultimate goal: a China that takes its place among the world’s advanced economies.

Zhang Jun is Professor of Economics and Director of the China Center for Economic Studies at Fudan University.  Copyright: Project Syndicate, 2018, published here with permission.

Nobody knows how well China will do in the future.

The author is right when he says ""China ... still has a long way to go before catching up with the advanced economies."" and ""We should not underestimate China’s capacity to handle ... challenges"". Given his job as a prof in a Chinese uni he has skillfully avoided how far behind China is with its neighbours.

A long way to go and sadly wealth is not shared fairly in China.

Awakening a sleeping lion: The US-China Cold War is upon us:
https://www.rt.com/op-ed/445158-china-us-cold-war/

An article worthy of RT.

All mainstream media is to be taken with a grain of salt. Im not sure how one would measure CNN ? I guess Fake news.

“Market openings & structural reforms”.
Is China still opening its markets? When a government can take control of any company and/or interfere with supplies, ‘laws’, contract fulfilment, intellectual property etc then that is not participating in open free markets by commercial enterprises.
And what structural reforms? The reforms that are placing many in prison for ‘corruption’ ? which must be confusing and scary for all senior managers given that every contract and deal requires buy-in to party advantages.
And the dual system of Party officials who watch over every organisation - with the threat of falling in or out of favour of the Party hierarchy.

From the inside there are many China's. From the outside they try to appear as one China. But for me, there are two that stand out. The billion workers/slaves who work day & night for very little & whose average wage would be about a quarter of the above figures. The other quarter of a billion are the wealthy ones, ranging from $10,000 pa right to the billionaires. China's future wealth relies on plenty of cheap labour being available, so no incentive to raise the wages bill just yet. Sooner or later those billion underlings are going to wake up & realise they've been duped. That'll be fun to watch.

No, if you come from a subsistence rural background, any city job would appear good. I don't believe that there is any risk of an uprising from that source. Like in Japan, at its height, the families I visited had really old appliances and run down houses.
I think that the thing which may cause an uprising will be the amount of thought control and surveillance creeping in there.
Corruption is another issue, but is very very hard to stamp out. Financial corruption is being replaced by political corruption.

China has its peculiarities...Investment wise....

I for one would not bet on Tea..nor look a gift horse in the mouth....for all the Tea in China...But some do....The Wealthy.

The other way to play investment wise...Make a cuppa....

: Meanwhile, you might consider investing in a rare Chinese tea called Da Hong Pao, “Grand Scarlet Robe.” It’s grown in the mountains of northern Fujian province and production is highly regulated. Tea leaves from the handful of original, 300-year-old bushes have sold for the equivalent of more than $1 million per kilo. It is considered the ultimate gift in China.

Demographics and Private Debt levels would point towards a trajectory more like Japan over the next couple of decades. Unlike the Japanese, the Chinese are quite partial to the occasional revolution, so that will be the test, can they manage an economic downturn and keep everyone happy?

I think they probably will settle and China will begrudgingly give ground.
They will import more US goods,
they will ease up on required tech transfers, steal less of it.

The facts are that China has worked a miracle over the last few decades in raising living standards.

Yes - issues will arise down the track - but I have more confidence in their ability to address these than I would in virtually all other Governments - Singapore excepted.

One hardly has to look "down the track" for some of those "issues". As for your confidence, or lack thereof, that says something about you but not much about anything else.

You've forgot to mention NZ-er in the background. So "opinions" are valid in CNN as well as in RT....

No mention of the ability of the environment to withstand growth in a nation or a world that is committed to making and exporting unrecyclable junk.

No mention of the ability of the environment to withstand growth in a nation or a world that is committed to making and exporting unrecyclable junk.

And zero cost tourism from China with compulsory shopping
https://www.abc.net.au/news/2018-12-02/how-chinese-tourists-are-reshapin...