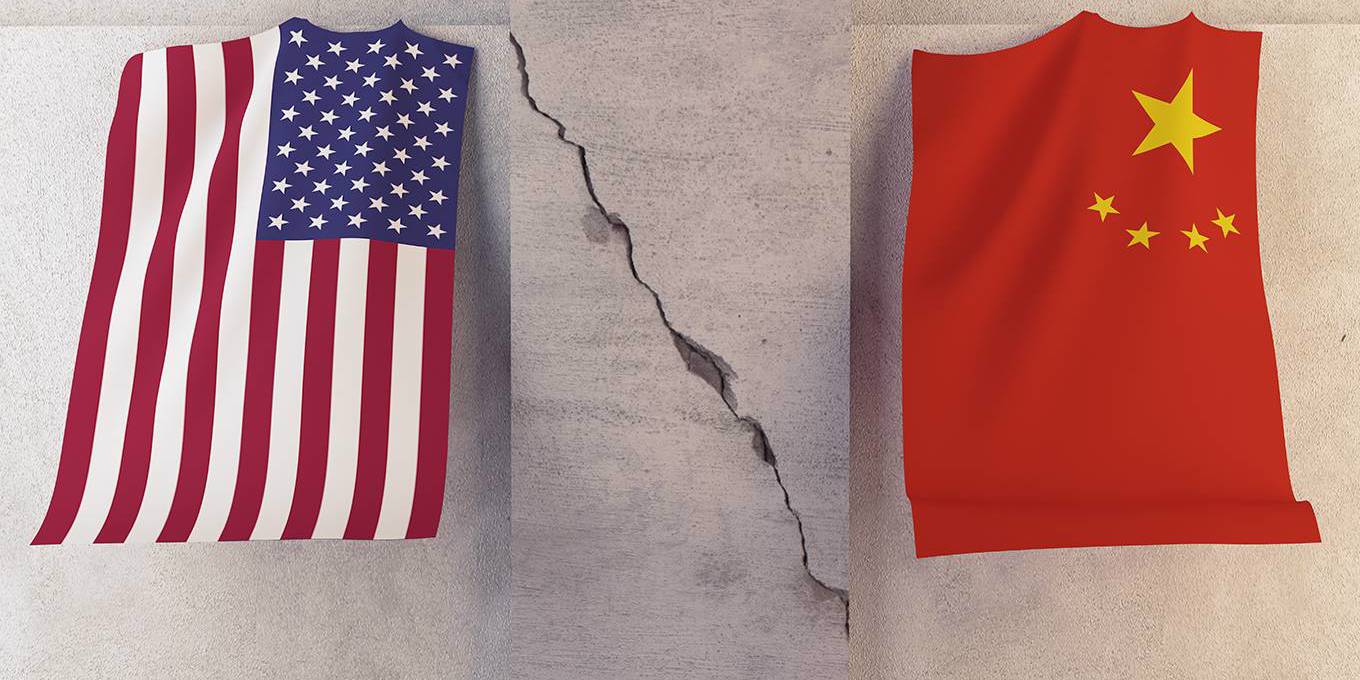 Over the past two years, American foreign-policy elites have increasingly cast China not only as a competitor to the United States, but as an enemy on a par with the Soviet Union. Although anti-Chinese rhetoric in the US is not new, President Donald Trump’s administration has greatly sharpened and amplified it. This is despite the deep economic ties between the two countries, a multitude of scientific and educational collaborations, and China’s consistent policy of non-intervention in US affairs.

Prominent anti-China figures in Washington include FBI Director Christopher Wray, Peter Navarro, the director of the White House’s Office of Trade and Manufacturing Policy, Senator Marco Rubio, and Derek Scissors of the American Enterprise Institute. Echoing Cold-War language, they demonize China as a totalitarian state that threatens to overturn the US-led world order. Furthermore, the Trump administration is trying to contain China’s economic and geopolitical rise by using high-pressure tactics, such as urging allies not to buy Chinese tech products or sell advanced technology to China.

These critics remain hostile to China regardless of what China does, which recalls the 1980s and 1990s, when the US treated an economically powerful Japan as a major national-security threat – even though Japan was a democracy that had not been accused of widespread human-rights violations. Similarly, as long as the US labels China a “peer competitor,” it will treat the country as a threat, even if China’s leaders accommodate America.

The current US-China trade negotiations are a case in point. If America doesn’t get what it wants, it simply imposes tariffs and sanctions. Arguably, the US has essentially abandoned diplomacy in favor of issuing non-negotiable demands.

Such an approach reflects the underlying assumption – shared by Republicans and Democrats alike – that America must maintain its global primacy at all costs. When the Cold War ended, much of the US foreign-policy establishment concluded that hostility to the Soviet Union had won the day. America therefore doubled down on its willingness to use military force, and appointed itself as the “indispensable nation” with the authority to act when, where, and how it deems fit.

These American elites advocate a grand strategy of “liberal hegemony.” But although it purports to promote liberal values, this strategy is highly revisionist because it seeks to remake domestic politics everywhere. As a result, America has prosecuted a long series of senseless wars that have led to failed states (as in the case of Libya) and long occupations (as in Afghanistan).

As Janine R. Wedel argues in her book Shadow Elite, America’s foreign-policy elites are addicted to this agenda because it flatters their self-worth, inflates their status, and can even make them rich. So-called experts who have appeared on US television promoting regime change often have undisclosed conflicts of interest, such as shareholdings in private companies that profit from US military contracts.

Today, America is the world’s leading arms exporter and spends close to $1 trillion per year on its military, more than the next nine countries combined. And this figure does not include the actual cost of wars, which have run into many more trillions of dollars.

Interventionism is sold to the American public and US allies through threat inflation. Its advocates know that by creating fear, insecurity, and vulnerability – typically with the help of a pliant the media – they will receive a mandate to fight these foreign “enemies.” And they have perfected this technique by pressuring dissenting members of the US foreign-policy community to conform to their pro-war narrative.

Those who dissent, such as the American economist Paul Craig Roberts, are often denied access to mainstream mediaand excluded from important meetings. Critics can also become victims of character assassination. US Congresswoman Ilhan Omar, for example, has been called an anti-Semite for pointing out that Israel’s supporters succeed in influencing American foreign policy.

It would be a huge mistake for America to adopt a cold-war posture toward China. Such a policy would damage the global economy by curtailing trade and fueling intense military competition, which in turn would raise the specter of the “Thucydides Trap” of war with a rising China. And hostility between the two powers would imperil the global cooperation needed to address shared problems such as climate change.

A new paradigm for international relations is needed to avoid this outcome. Today, US policy operates on the principle that America has no permanent friends, only permanent interests. Fair enough. But unless US policymakers decide that helping the world to achieve common goals such as sustainable development is a permanent American interest, their outlook will court disaster.

America faces a critical choice about how to handle the rise of China. With realism, creativity, and willpower, its leaders can usher in a new era of international relations in which the imperative of peace trumps the masters of war. But don’t bet on it.

Ann Lee, a professor at New York University, is the author of What the US Can Learn from China and Will China’s Economy Collapse?. This content is © Project Syndicate, 2019, and is here with permission.

I assume this article that is aimed at Americans has relevence to our NZ govt's approach to China.
Demonising means portraying as wicked and threatening; that would not do either USA or NZ any good. However it is worth while remembering even the best intentioned people can permit wicked action - in China there really are issues with organ harvesting & persecution of Muslims. I'm sure the Chinese can find faults even in our well meaning coalition govts actions.
The big issue with authoritarian regimes that control their media is the speed with which they can change direction. Hitler and Stalin had no problem being friends one month and at war the next. I'm sure president Xi has never thought of invading New Zealand but if he did it would happen. Can you imagine say Jacinda Ardern deciding NZ will invade Tonga: if she came out and said it this morning then the men in white coats would be arriving with a straight jacket for her in the afternoon.
Politely keeping China at arm's length makes sense. Otherwise you can end up organising a big tourism conference with them and it being postponed at embarassingly short notice.

David Lange considered invading Fiji when there was a coup. We invaded Samoa in 1914. We conducted covert cross-border raids into Indonesia during the sixties.

It was the outbreak of WWI - it was German Samoa, and it was strategic.

"I'm sure the Chinese can find faults even in our well meaning coalition govts actions."

Not only have the found them, they are exploiting them with great effect.

The Chinese economy being driven and by and large controlled from govt, supported by govt money etc, means there is no level playing field where China goes, not that there is altogether one with the USA either, but a command economy wields far, far more power than an economy that is largely run by private enterprise. Until the Chinese govt gets its finger out of businesses making it impossible for private business in other countries to compete, I might start to listen.
Till then, things like large Chinese govt owned or influenced businesses buying land and setting up other businesses, especially those that are clearly leading to vertical integration, I will continue to view with a healthy dose of scepticism.

China's international relations are far more benign than America's. China develops an impressive trade plan and helps countries to develop while the US imposes sanctions and topples governments. America causes senseless wars and turns nations into war ridden wastelands at great cost to itself. America is run by clowns and currently has the ultimate clown as a President.

Eh, the USA claimed many times to harbour no imperialistic ambitions but to be a benign and friendly power. Might pay to reserve judgment on the newest imperial kid on the block.

China not influencing the US? Over US$1 trillion in Bonds wields quite a bit of soft power to influence.
If 69% is close to 100% then yes the US spends close to a trillion on it's military.
Of course numbers can be pulled apart any which way.
Do other countries include ongoing medical care or housing for their military in their budget?
Military R&D - basically a tax incentive for private companies to develop the next new thing leads them to being the world's largest exporter.
What would China's military budget be if all it's military personnel were paid the same income as their US equivalents?
If you don't send your military into battle there is no ongoing medical care either of course.
And yes if America does not like a regime of a small country, particularly if it involves US financial assets, they will try and facilitate change. Militarily or otherwise and if that change is achieved it is not cheap for the recipient country. Overall the US does quite well out of those ventures.
On the other hand, as a foreign country you can criticize China and it would appear that your exports will suffer. If that should not be called influencing a foreign government then what should?

I am confused when the world's largest arm dealer calls out the country as a threat when the country has raised 700 million people out of poverty, which have never ever been achieved during the entire human history.

Demonising a foreign state has long been a tool of politicians to distract their populations from internal issues. the US Military industrial complex will stand to profit hugely from any conflict with China, and the US does call itself the "leader of the free world". Focussing on China will help the US delay or prevent another civil war caused by a corrupt political class system. Hopefully prevent it long enough for a president to be elected who has a few braincells he can call his own and who doesn't have a mirror to tell him how good his haircut is, and how smart he is.

However China is not a democracy, and the application of it's laws reflect this. Finding a balance will not be easy.

It's really hard not to believe that China isn't a totalitarian state, when it become public knowledge about the type of practices that go on there. Such as organ harvesting from political prisoners whilst they are still alive and then commercially providing organ transplants to the rest of the world for profit.