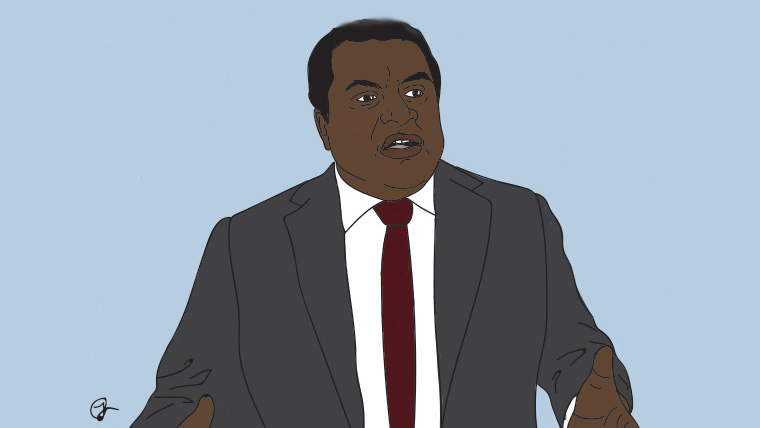 The Government's announced plans to move ahead with reforming the laws governing insurance contracts.

A period of consultation will be held with the public next year before the changes are enshrined in law.

Minister of Commerce and Consumer Affairs Kris Faafoi says New Zealand consumers will have greater certainty about their insurance cover when they need to make claims as a result of the proposed changes.

“Insurance is vitally important in supporting consumers and businesses to be financially resilient when unexpected events happen,” he said.

“The current law is outdated, and many insurance policies are complex and difficult to follow. This means consumers can be buying insurance products they don’t understand, which can be poorly suited to their needs, and can leave them in the dark about what they should disclose to their insurer.

“We want to fix these issues. So, last year the Government launched a review of insurance contract law.

“Following extensive public feedback, we are improving the rules around what policyholders must disclose to insurers, making changes to allow people to more easily understand their policy, and we’re addressing unfair contract terms,” Faafoi said.

Changes the Government has agreed on include:

“All New Zealanders deserve the assurance that when they claim for losses, their policy will provide the cover they expected.  However, longstanding issues with insurance contract law have been undermining the benefits of being insured.

“These measures will complement decisions the Government made earlier this year requiring insurers and other financial service providers to treat their customers fairly.

“It’s about ensuring financial products and services are appropriate for consumers to use and properly meet their needs.

“We want to be sure we’ve landed on solutions that will work in practice, so we expect to consult with the public next year on draft legislation before any changes come into effect,” Kris Faafoi said.

The Insurance Council of New Zealand (ICNZ) says it welcomes the moves.

Chief executive of ICNZ Tim Grafton says the current legislation is outdated and needs to be consolidated into a single piece of law.

"This is a highly technical area and we support the Minister’s decision to consult on a draft piece of legislation, a process that we will engage in constructively.

"Consultation will allow us to ensure the strengthened consumer protections in insurance contracts provide clarity and certainty for all parties," he said.

For the past four years ICNZ’s Fair Insurance Code has required its members to respond proportionately when consumers don’t disclose something they should have, a process ICNZ supports applying to the whole sector.

Grafton concluded that ICNZ supports the Minister taking a balanced and careful approach to reform to what is a complicated and technical area.

While I applaud the changes. I don't think the law is really the problem. Rather the interpretation and the enforcement. Ultimately an individual is always disadvantaged going up against an insurance behemoth.

The courts/ombudsman need to act decisively in ruling in the individuals favour (not unfairly of course) and impose significant punishments on the insurance. Only once we have a significant set of precedents will the insurance companies actually change the way they operate.

Australasia! What with a steady run of fires, floods,cyclones and EQs it must have the global re-insurers taking a long hard look at risk vs profit for all of down under, so to speak. Could be difficult for a government to play hard ball in the face such circumstances of disaster(s) but something had to be done. Far too much unsavoury antics and confusion came to the surface for instance, during the course of the Canterbury EQ saga.

Pharos, I too would like to see changes that tackle the avoidable delaying and deep pocketed legal strong-arming tactics deployed by insurers in CHCH that you refer to but regrettably this review won't change that as it is focussed mainly on disclosure at proposal time.

While declining of claims due to inadvertent non disclosure is relatively rare, lawyers make a lot of noise over this issue. I agree with them that the present disclosure process is weighted too heavily in insurers favour and that change is needed but predict a sharp increase in uninsurable people as insurers respond with heavily beefed up insurance application processes, closer underwriting scrutiny and reduced tolerance of people with marginal history if Faafoi takes the changes too far.

True, and fair enough. Our last exchange of comment and views, agreed that the Canterbury EQ exposed a underscore of unwelcome and invidious behaviour by all of EQC, Insurers, claimants and their “advisors” and lawyers too. I am rather advanced in years, and candidly discovering this “flavour” in society, amongst all of us, has been more than disconcerting. It is a worrying world that my grandchildren are approaching.

My take is that the ACC act insulated NZ from the worst of the American style litigious delay defend insurance culture, a less extreme version of which also features across the ditch. CHCH changed that with reinsurers taking a more direct interest in proceedings and then once reinsurance programs were exhausted and the bottom line of Aussie parent insurers exposed, the cold eyed Sydney numbers people determined the EQ claims culture. From experience of the day to day non EQ claims operations of insurers, I believe their culture and processes are generally aligned with our kiwi values and that the vast majority of claims are settled fairly. Not a popular view in this day of bank and insurer bashing but it is one formed from exposure to a large number of claim scenarios.

Yes that is an angle as to how things might evolve, softly so to speak, and then the day of reckoning, inevitably. Also in the old days in NZ when we had 30 or so insurance companies, each staffed with their own appraisers, assessors and adjustors etc, things were a bit more competitive. Let’s see working eastward Hereford St. Victoria, Royal Globe, Royal Sovereign, NZ, Albion, National, Phoenix, Sun Alliance, Sth British, Norwich, T & G so not difficult to test the market with a bit of a stroll, on any one day. It seemed to us though, when we lived in the states that the open competition there afforded claimants a reasonably sporting chance, but that is well over twenty years ago.

Ha, I could add a few more insurer company names to your list as well. But I think your specs may have a slight rose tinted filter. Those were the days when premium rates were fixed by a 'tariff', there was effectively little competition, people rarely changed insurers with processes dreadfully inefficient and expensive. A a young insurance buck I ran into a bit of trouble in challenging the status quo by finding novel ways to get around the tariff rules and risking a dreaded 'breach' complaint to the insurance council from rival insurers.

Well now, thanks for that. Nothing like a bit of late life education about your early life scene. Have to admit I was oblivious to all of that, and shouldn’t have been. My, how life did coast along back then.

Hmmm...the 3 D's of insurance. Deny, delay and defend...its affecting all aspects of insurance, even ACC....to me its just more infection of our economy by neoliberalism aka how things are run in the USA and UK...funny it happened synchronously with John Key's financial fascist government of 2008-2017...

Earthquake claims aside ,where delay could be essential to survival if your solvency ratio was at risk of breaching ( although that'd require you to illegally manipulate your claim reserves and no insurer would ever do that of course! ), the delay, defend, fight accusation so often levelled at NZ insurers is generally misplaced. We have relatively few of the large 'long tail' style protracted liability/personal injury claims that make these tactics worthwhile for US insurers. When booked, all outstanding claims liabilities must be loaded to reflect future escalation risk so it's in insurers interests to settle these as quickly as possible. Thus in a low interest rate environment there is little gain in respect of short tail lower value claims where there is limited opportunity to drive down final costs. A different story for larger public or professional liability claims where delaying can be financially rewarding but these are a minority class in NZ due to ACC.