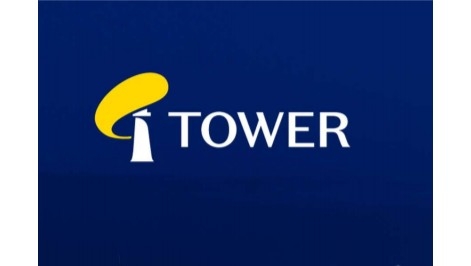 Tower is paying its first dividend in five years, with the share market listed insurer saying that, despite lower interim profit and reduced guidance for full-year profit, the resumption of dividends reflects it resolving legacy issues and growing.

Tower says net profit after tax for the six months to March 31 fell $2.9 million, or 21%, to $12 million from $14.9 million in the same period of the previous financial year. Tower attributed the lower profit to large events including the fire at Lake Ōhau village and severe flooding in Napier, plus large house claims, rising building costs, and lower investment income.

It says underlying profit before large events rose 5% to $18 million. Gross written premiums increased 6% to $194 million in the six months to March 31.

Tower says recognising increasing house claims cost and reducing investment income, it has revised its September-year guidance for underlying net profit after tax down to a range of $25 million to $27 million, assuming large events of $9.7 million. Previous full-year net profit after tax guidance was "greater than $29.8 million."

Nonetheless Tower confirmed an interim dividend of 2.5 cents to be paid on 14 July, saying this reflects it resolving legacy issues and consistent growth. It says a full year dividend will be in the range of 5 cents to 5.5 cents per share.

Meanwhile, as of March 31 Tower’s solvency ratio was 309% with it holding $97 million above its regulatory solvency requirement.

Tower's full release is below, and its presentation is here.

Kiwi insurer, Tower Limited (NZX/ASX:TWR) has today reported half year profit of $12m, down from $14.9m for the half year 2020. Underlying profit before large events was $18m, 5% lower than the prior year.

Positive growth and ongoing reduction in management expenses have been offset by several factors that Tower has taken decisive action to address. These include an increase in large events and large house claims, rising building costs, and lower investment income.

The large events comprise a $9.3m impact before tax, up from $2.8m in HY20, and included the large fire at Lake Ōhau village and severe flooding in Napier in late 2020.

Tower’s technology and distribution strategy continues to deliver growth with the insurer increasing gross written premium (GWP) by 6% to $194m over the six months to 31 March. This was achieved despite the Pacific business declining 16% primarily as a result of economic challenges related to Covid-19. Tower’s flagship Direct business grew 14% and its Partnership business grew by 3% over the period. New Zealand personal lines market share increased to 9.3% from 8.6% in HY20.

Tower confirmed a dividend of 2.5 cents to be paid on 14 July, reflecting resolving legacy issues and consistent growth. Under Tower’s dividend policy, the full year guidance would equate to an approximate full year dividend payment in the range of 5 cents to 5.5 cents per share.

As at 31 March Tower’s (New Zealand Parent) solvency ratio was 309% and the company was holding $97m above the regulatory solvency requirement.

A focus on claims and supply chain

Tower CEO Blair Turnbull says the company has performed well in a number of key areas and these will continue to improve as Tower progresses its technology and distribution strategy. At the same time Tower is proactively addressing factors that have impacted profits this half.

Turnbull says, “Tower’s investments in technology mean we are well placed to respond rapidly with rating and underwriting actions to address these challenges. We have commenced a review of our FY21 claims experience and will also work with our supply chain to realise efficiencies and manage increases in claims costs.

“These actions will take time to gain traction, however we expect to begin realising benefits in the second half,” he said.

CEO Blair Turnbull says in the last six months Tower has announced a number of partners to diversify and grow the business’ distribution footprint. These include new commercial relationships with New Zealand Defence Force (NZDF) and Auckland Council, as well as CSC Buying Group and insurtech start-up, Sentro.

This week Tower announced it will underwrite Australian insurance start-up, Huddle’s entry to New Zealand to bring scalable growth for the company along with a unique offering to Kiwis.

Tower has signed an agreement with one of the world’s largest insurers, Allianz Partners to introduce new products including travel and pet insurance to our customers. This will support revenue growth and retention. Tower also expanded its cover over the half to include growing markets such as electric vehicles, e-bikes and e-scooters and is digitising its online boat experience.

The MyTower digital platform has performed strongly during the half. More than 100,000 customers are now registered on Tower’s flagship offering.

Turnbull says, “We have a technology advantage and a data focus which sets us apart from our competitors and affords strong long-term growth prospects. Our cloud-based, digital platform enables us to scale quickly as we acquire new business and migrate customers to our advanced technology.

“As a business we have shed our legacy issues and we are acting decisively to address emerging external pressures. Tower ends this half year in a very solid capital and solvency position with a strategy to deliver sustainable shareholder value.”