If the unexpected happens, you want to be sure you are insured

If the unexpected happens, you want to be sure you are insured 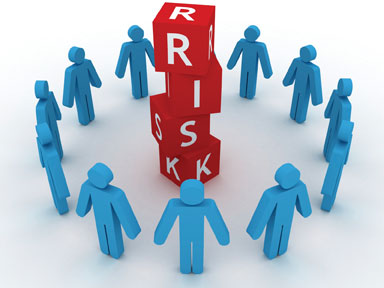 In my 30 plus years in the insurance industry I've heard some pretty bizarre stories of things that can go wrong.

When they do, you want to make sure that you are insured.

1. A family are enjoying a summers day at the local country racing club meeting. They've set up a table and on the table is a brand new BBQ so they can enjoy some steak and sausages.

Unfortunately once the BBQ fires up it becomes a little too hot for the plastic table which catches fire.

It's been a long hot summer and the racing club has not been used frequently. The grass is tinder dry and was recently cut. There's plenty of fuel for the fire.

Before too long the table is well alight and it's far enough away from the buildings for hoses not to reach. The local fire brigade is called. However by the time they arrive the fire has spread and several buildings are now involved.

The end result is the race meeting is abandoned and several hundred thousands of dollars damage is caused to the buildings and property inside.

As the races had to be abandoned, the club has suffered a significant financial loss.

A claim lodged with the insurer of the racing club is accepted and paid and the insurer commences recovery action from the family who were responsible for the fire.

Fortunately for them they had Contents insurance and the liability cover extends to provide protection for claims such as this that involve accidental damage to property belonging to other people.

Their policy also paid for a burnt table and BBQ.

The overall claim was substantial and shows that as unusual as it sounds, the unexpected can happen and if it does the potential costs could be very significant.

2. In the second example, a boy was on his bike heading to school.

Boys being boys, he was flying down the road and ran straight into the back of a parked car.

The boy was not badly hurt but the bike was destroyed and the car suffered some damage where it was hit by the bike and where the boy landed left an impression that a panel beater needed to fix.

Again it was the Contents insurance policy that came to the rescue.

While motor vehicles are excluded from such policies, they are usually defined in the policy and cycles are covered. This means that if you have an accidental damage policy wording then the damage to the bike will be insured and as in this case, the damage to the parked car is also insured under the liability section of the contents insurance.

The protection provided by the liability section of your Contents policy is broad and far reaching.

It normally extends to cover you and members of your family residing with you in your home for accidental damage to property not belonging to you.

There are conditions and you need to be familiar with what is and what is not covered. The amount of protection is usually $1m but as you can see from the first example, a claim can mount up to a substantial value quite easily. Some insurers provide more than a $1m and you can see this in our comparison pages here.

Always make sure that you have a current Contents policy and make sure that when your children leave home and set up their own place that they take out Contents insurance, if for no other reason than to make sure they have adequate liability protection insurance cover.