Insurers furious over Govt's refusal to fund the Fire Service; instead continuing to leave the bill with those who pay for insurance

Insurance
Insurers furious over Govt's refusal to fund the Fire Service; instead continuing to leave the bill with those who pay for insurance 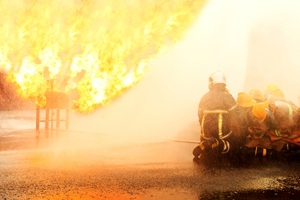 The Government’s being slammed for ignoring the fact those who have insurance, pay for those who don’t, to keep the Fire Service Commission afloat.

The Insurance Council of New Zealand (ICNZ) has accused the Government of making a mockery of genuine consultation, as it refuses to consider dropping the insurance-based fire levy, in its review of the Commission.

The Minster of Internal Affairs, Peter Dunne, is calling for public submissions on his Fire Service Review Discussion Document.

However the two options he’s provided for funding the Commission, both involve a levy on insurance, like we have at the moment.

Currently, the Fire Service is funded through a levy charged to property owners and collected by insurance companies or brokers when their customers take out fire insurance for contents, buildings, or motor vehicles.

According to a MartinJenkins report, the levy made up $331 million of the $355 million of income the Commission received in the 2012/13 year.

The first alternative the Government is suggesting is also an insurance-based model, which changes the way the levy is calculated to make it easier to understand how much needs to be paid.

The Government has ruled out funding the Fire Service through general taxation – the approach the ICNZ says is the fairest, most cost-effective and sustainable.

ICNZ chief executive Tim Grafton says, “The current system of funding pings everyone who insures their property so those who don’t insure free-ride and expect firefighters to rescue them when it counts.

“By sticking with a levy on insurance, the Government’s review reads like a shame-faced apology with a narrow set of options that either suffer from creating unfairness, complexity, additional compliance costs or potential avoidance loopholes.”

The council says firefighters are highly valued and need to be supported by a modern, efficient structure, not one that fundamentally hasn’t changed for 70 years.

It notes there have been over 16 independent reports on the Fire Service over the past 20 years and almost all have recommended shifting away from a levy on insurance.

It says the levy on insurance also leaves New Zealand out of step with the rest of the world, as the UK Government took over the running and funding of brigades 150 years ago, and Australia has thrown out such a levy.

The ICNZ’s calling for the Government to up its contribution to funding the Fire Service and reduce the burden on those who bear a disproportionate burden of the costs.

Grafton says; “it needs to shift the levy off comprehensive motor insurance to car registration which would hardly be noticed with the massive cuts to ACC”.

The council also wants to see many of the ambiguities and complexities of the present collection systems sorted out.

Dunne: The review addresses the funding model’s (other) problems

While Dunne isn’t on the same page as the ICNZ when it comes to an insurance-based fire levy, he admits the levy doesn’t reflect the range of activities the Fire Service provides.

The review says, “The levy is calculated on fire insurance but funds a range of non-fire activities, such as responding to weather events and medical emergencies”.

It cites the Martin Jenkins report, which estimates $84.6 million was spent on readiness and response to non-fire incidents in the 2012/13 year.

The Government also acknowledges the levy can be confusing and difficult to calculate.

He says the cost of making any changes to the fire services will depend on which option is chosen. After consultation, detailed financial modelling will be done to work out the cost of the option chosen.

The public have until July 10th to make submissions on the discussion document.

ICNZ chief executive Tim Grafton says, “The current system of funding pings everyone who insures their property so those who don’t insure free-ride and expect firefighters to rescue them when it counts.>/i>

Isn't it a case that those who don't insure their property against fire simply cannot afford to do so? Same as those that don't eat properly cannot afford GST. Most wooden house fires are not saved enough by the fire services, but more importantly they stop fire spreading to an insured property.

After the Black Saturday bush fires where 2029 houses were destroyed, the same debate raged

It was never revealed how many properties were un-insured

In rural and bush fire prone areas insurance is so expensive many properties are not insured, so no Fire Service levies were being paid

As a result, the State Government stepped in and as from October 2014 all Fire Service levies are now added to ALL property rates, and no longer collected from just those who are insured

It is interesting to compare this to things like the Coast Guard and what happened to the uninsured for the Chch EQ.
I believe that the Coast Guard sends a bill to those it tows back if they are not a Coastguard contributors. I'm not sure what happens if they don't pay, whether the debt collector is sent in. Maybe its a "donation".
Unfortunately the govt stepped in an bailed out those who hadn't insured their houses after the EQ. In my view that set a huge precedent: don't insure your house if you think the chances of having a fire is low. (Non smokers, no small children/matches left for them to play with...
Another one is the ambulance service, a bill is sent out for their services.
I think that the fire service should send out a bill to those who don't insure their properties when they have a fire or a roof blow off. But don't let them off the hook.

Rural dwellers have to pay these levies and they have volunteer fire brigades......so it would appear that the subsidising is more widespread than what most people are led to believe......What really astounds me is the following taken directly from one of my Fire Service Declaration Forms..........."If you record an adjusted depreciation value in Column C, we recommend you provide written documentation from a registered architect or a valuer to support this..If you don't and the NZFS deem the depreciated value listed (and on which levies are collected) is not a fair and reasonable amount, it can challenge your declaration"..........so the NZFS are being allowed to rule on price.....there is no accountability on how efficient they are as an organisation!!