Lawyer explains what it takes to get blacklisted by your insurer 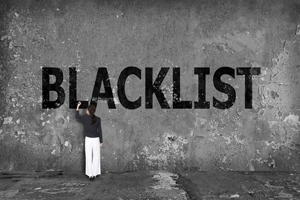 We live in a relatively unregulated insurance market. Unlike many other countries, insurers are almost free to insure or refuse to insure anyone they choose.

No one has a right to insurance, and the insurance industry is free to refuse your application or cancel your policy at its whim. It does not have to provide reasons or justification.

So if your insurance company gets a snitch on you and cancels your insurance for whatever reason, or for that matter, without any reason, the consequences can be dire. The following examples are real live cases that have happened in New Zealand in the last few years.

A couple made a claim from their insurance company for some property that was stolen from their daughter at school. This included some shoes and a cell phone. Their daughter had had a bad run, and actually had items stolen on two separate occasions. Misunderstanding the claim form, the mother put the date of loss as the date on which the theft was reported to the Police.

The insurance company decided that they had lied, and declined the claim. The insurance company then cancelled all the insurance for this couple. This included their house, car and some business insurance. As is almost always the case, no other insurance company would then touch them – the database run by the Insurance Council records any claims that are declined, and as a result every insurance company refused them cover. No amount of pleading or explanations would help, the doors were slammed in their face every time they tried to get insurance – “we don’t insure anyone who has had a claim declined for fraud”.

The bank threatened to foreclose on the mortgage because there was no insurance, and they could not use their cars on the road because they had no protection.

After a stressful and major burglary, a customer of a major insurance company was being interviewed by an investigator. The investigator asked whether the alarm was on at the time.  The customer said it had been, knowing that she had not turned it on.

Within five minutes of the investigator leaving, and before the investigator had even got back to the office, she rang him and told him that the alarm was not on, and asked him to change the information.

This should not have been a problem because there was still cover with the alarm off.

The customer had a totally clean record, no previous claims, and had made a simple mistake, that she immediately rectified.

Again no other insurance company would touch the customer.

As soon as the claim was settled, the insurance company cancelled all insurance policies.  Why? Because it could. No other reason.

When the customer tried to obtain insurance elsewhere, not a single other insurance company would touch him. He had done absolutely nothing wrong, but had insisted that the insurance company honoured its promises. But when he told them that his insurance had been cancelled, no one would insure him, even though the cancellation had nothing to do with dishonesty. He remains uninsured to this day.

There is no insurer of default in New Zealand. The insurance industry is entirely privatised, and by world standards, very under-regulated. It is difficult to imagine another “necessity” product in which the providers have such a privileged existence. And they stick together like a pack of wolves. What one insurer does, the others follow. People’s lives are ruined because of an allegation that is made, or worse the insurance company gets the huff with a customer who demands that his rights be respected.

Even when an insurance company accuses someone of dishonesty, the accusation itself is enough to prevent them from getting insurance anywhere else. Where else does a mere accusation have such a dramatic effect on someone?

There is no legal remedy. The insurance industry is free to insure or refuse to insure who it chooses, and to cancel any policy it chooses.

The consequences of these actions are extreme, and the cases in this article are real people. Perhaps it is time for regulation. But in circumstances where the government does not even seem interested in passing legislation to reform the insurance industry following recommendations from the Law Commission, it seems a faint hope that anything will be done in this area.

Insurance is not a privilege, it is an absolute necessity, and the insurance industry needs to understand that such heavy handed actions ruin the lives of the very people that pay its premiums.

Hmm not really, though from the above cases I think some regulation is needed. I must admit I tend to think much insurance is a joke.

I have seen such things as discounts if there is an alarm and window locks however while I have these fitted I have deliberately left these out of my policy because being human and capable of forgetting its better not to IMHO. Cost? a few dollars extra per year. Oh and if you have an alarm you may find the expectation from the insurance company is its checked by a qualified person every year, cost of that $150~$300 depending on the rip off.

I agree, I have not included alarm in the past and the extra cost was minimal.
Also read the fine prints on your policy, especially with smaller companies (the like of Youi), they have many more exclusions than the older bigger insurance companies.

I wonder whether every bank formally checks that their mortgagor does in fact have house insurance?
I know the insurance company informs the bank as interested party if a policy is cancelled.
The other loophole is if a mortgagor underinsures - this would not trigger a notification.
There must be a lot of non-insured homeowners in NZ - as revealed after the Chch quake.

Yes they do at least in my experience. In fact insurance companies can be pretty nasty rtying to use that against you to extort more $s.

On top of that be careful when swapping insurance companies even be prepared to have days or a month overlap on the policies.

Andrew's articles would be easier to accept if he didnt make a living from sueing insurance companies. He's clearly using Interest.co to drum up more business. Hardly impartial observations.

He's pointing out the pitfalls so the likes of you and I avoid them so we wont need a lawyer. One thing I have noticed is what looks like a trend of insurance companies trying to avoid paying out which is a worry. As the non-professional side of the contract I am at a dis-advantage both in law terms and experience so I could make an honest error or ignore something I thought of as trivial and get very severely penalized for it.