​Lawyer dubs warnings from insurers not to lure burglars to your house by posting holiday snaps on Facebook while you're away, as over-the-top

​Lawyer dubs warnings from insurers not to lure burglars to your house by posting holiday snaps on Facebook while you're away, as over-the-top 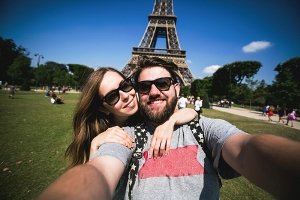 Sometimes it seems insurance companies can’t help but pour cold water on our pastimes… and now our Facebook use.

Who can resist putting up a snapshot of their holiday to make their friends envious? Well, be careful, it might just invalidate your insurance.

In the unlikely event that John Key’s house got burgled while he was in Hawaii recently, he might blame his son Max for invalidating his insurance policy, after posting on Facebook about their holiday.

Yes, the Insurance Council of New Zealand and one of New Zealand’s leading insurers, IAG, suggest putting your photos on Facebook while on holiday could result in a burglary claim being declined. Why? Because apparently ingenious potential burglars might see your post and know you are away.

The Insurance Council chief executive warns policy holders have a “duty of care” to protect their assets, and that in some cases a social media post may be a breach of that duty and invalidate your claim if you are burgled.

But luckily, our courts take a dim view of insurers trying to rely on this duty of care to decline genuine claims. For many years judges have recognised that it takes more than just naivety, carelessness or a breach of a duty of care by the policy holder to invalidate an insurance claim. That’s exactly what the insurance policy is there to cover.

And insurance industry references to breaches of a “reasonable care” condition in a policy or a “duty of care” on policy holders to protect assets is a gross over-simplification. As with most insurance issues, it depends upon the wording of the policy.

There are a number of cases in which the courts have reminded insurance companies that clauses in insurance policies, requiring the policy holder to act with reasonable care, must be interpreted as having regard to the commercial objectives of the policy which is designed to protect policyholders against their own negligence.

In leading cases, the courts have required more than proof of a breach of a “duty of care”. They have required proof that the insured had acted recklessly or with gross irresponsibility or gross carelessness.

Essentially, for an insurance company to decline a claim because it says the insured was not careful enough requires proof that the insured person acted in a grossly irresponsible way.

There are a number of actual examples. In one leading case, the insured person left the keys in the ignition of his expensive motor car in a carpark outside his office. He thought it would be safe because one of his staff was going to remove the keys after moving the car.  Clearly it was not safe enough because the car got stolen. The insurance company declined the claim saying that he had not taken sufficient care. In this case the High Court rejected that argument saying that whilst he had acted negligently, it was not at the level required for the claim to be declined.

The law reports are full of cases where insurance companies decline claims for stolen vehicles when they are either left unlocked, or with the keys in the ignition or even idling outside a shop. It would be an oversimplification to assume because the policy holder breached a “duty of care” to protect his or her property, the claim can be declined.

For an insurance company to rely on someone innocently putting their holiday snaps on Facebook to decline a burglary claim would require much more than a breach of the duty of care or naive enthusiasm to show off about your holiday.

Otherwise, where would it stop?

Would an insurance company decline your claim for a burglary while you were on holiday because you didn’t get your neighbours to collect the mail or mow the lawns, thus publicly illustrating your absence from the house? Of course they wouldn’t. What about the “back after Christmas” sign on the business front door? Would that invalidate your business cover if you were burgled?

So it is unhelpful when the insurance industry makes its own customers victims of the ingenuity and ruthlessness of our less honest citizens. Unless there was evidence that the conduct of the policy holder was grossly irresponsible or gross recklessness, the insurance company cannot wriggle out of the claim.

Is it grossly irresponsible, reckless, or grossly negligent for a person to post holiday snaps on Facebook? Surely it cannot be more negligent than leaving the keys in the ignition of your late model car in a publicly accessible carpark.

Of course policy holders have to be careful, or they may not be entitled to the benefit of insurance. But the last thing you need if you are burgled while on holiday is to be punished again when your insurer blames you for sharing the fun with your friends.