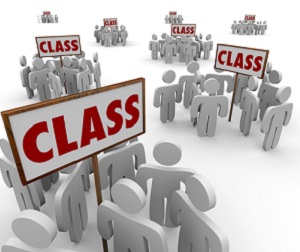 A High Court judge has quashed a group of Cantabrian property owners’ bid to bring a class action against Southern Response for the way the insurer handled their earthquake claims.

The Crown-owned entity, Southern Response, was established after the February 2011 quake, when AMI ran out of reserve funds and reinsurance to cover its liability.

He also recognises they’ve used a litigation funder, Litigation Lending Services New Zealand, to fund a representative action, as they wouldn’t be able to afford to take Southern Response to Court individually.

Yet Justice Mander rules the policyholders don’t share enough common ground in their issues with the insurer to be united in a class action.

He says their application hasn’t identified an “issue or issues of significance capable of juridical determination which can be identified as the 'spine' of the representative action”.

He notes different members of the group are in different positions, with some having insurance claims officially under the Earthquake Commission’s $100,000 cap.

“While it is undisputed that policyholders are in conflict with Southern Response, the range of issues that potentially arise as between the policyholder and the insurance company vary as widely from a denial by Southern Response of any liability in the absence of the policyholder’s claim being over the statutory cap, to disputes regarding the scope of works and standard and value of reinstatement, repair or replacement,” Mander says.

He suggests policyholders spend some time analysing their issues with Southern Response and breaking up into sub-groups that share more common ground.

Mander concludes: “Enabling access to justice which would otherwise be unaffordable is a recognised advantage of proceeding by way of a representative action and one the Court would not wish to unnecessarily make any more difficult than necessary.”

Update the link to the court finding, please.

Moral obligation, compassion, and logic ,seem to have been lost under the gowns of legality. (A small fee may be incurred).

Scarcely surprising, since the Judge identified the lack of commonality. Being seriously annoyed at SR is, however it tugs on the emotional cat-gut, not a sound basis for a class action.

But re-grouping under essentially similar sub-groupings - that's a better basis and the Judge has educated the group on this possible way forward.

if the outcome is 'scarcely surprising' to we observers of the CHCH EQ insurance scene, why was this also not apparent to those advising the claimant group to take a scattergun approach ?

Perhaps Cameron Preston should stick to accounting and not crusading.
Bet he loves being described as an 'insurance advocate.'

Crusading might be OK if he understood the EQ insurance process. EG his latest article describes cash settlements as being largely a 'simple act' of writing out a cheque (well off the mark - they are usually just as complex to get to the agreement stage as rebuilds are) and his authoritative sounding statement that reinsurance has been 'officially' exhausted (factually incorrect - some reinsurance programs are still alive in respect of the CHCH EQ sequence)