Supreme Court backs Vero in landmark property damage case; Rules you can't reopen an insurance claim once it has been settled

Supreme Court backs Vero in landmark property damage case; Rules you can't reopen an insurance claim once it has been settled 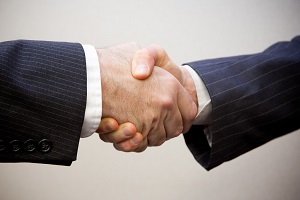 Insurers are breathing a sigh of relief as the Supreme Court has ruled you can’t reopen an insurance claim once it has been settled.

The Supreme Court has unanimously dismissed an appeal made by the owners of a quake-damaged commercial property in central Christchurch, who had challenged the settlement they had reached with their insurer, Vero.

Prattley Enterprises claimed it and Vero had entered into a settlement, further to both parties incorrectly understanding the measure of indemnity outlined in the policy. It therefore wanted the agreement to be set aside under the Contractual Mistakes Act 1977.

Yet the Supreme Court ruled the indemnity policy was fairly standard and Prattley was in the wrong about what it believed it was entitled to. It ruled Prattley’s arguments around the Contractual Mistakes Act were therefore irrelevant.

A partner at the law firm McElroys, Peter Hunt, maintains the ruling has set a precedent that once a case is settled, your rights have essentially been sealed off.

If the Supreme Court went the other way, it could have opened a can of worms, in that it could have paved the way for historic claims - including quake-related ones - to be reopened.

“I really couldn’t see the Supreme Court going back on the settlement, because that would just undermine years of work,” Hunt said.

“If you’re able to go back and have another bite at it, it’s just going to undermine the entire process by which we’re working through disputes.

Hunt said he wasn’t personally aware of claimants that were awaiting the outcome of this ruling, before attempting to reopen their cases.

Good outcome , Insurers do need some certainty when a claim is settled

Must have been hugely expensive for Prattely to have taken the case all the way. Costs would have consumed a sizeable chunk of the payment they received from the insurer. Or perhaps this is one of those funded litigation situations where advocates pay to keep the wheel spinning in the hope the ball will settle in their slot and they take a chunk of the winnings. We'll probably never know but you gotta hope the Prattely guys had sound advice at each stage, on the likelihood of success.
Agree it provides certainty for all.