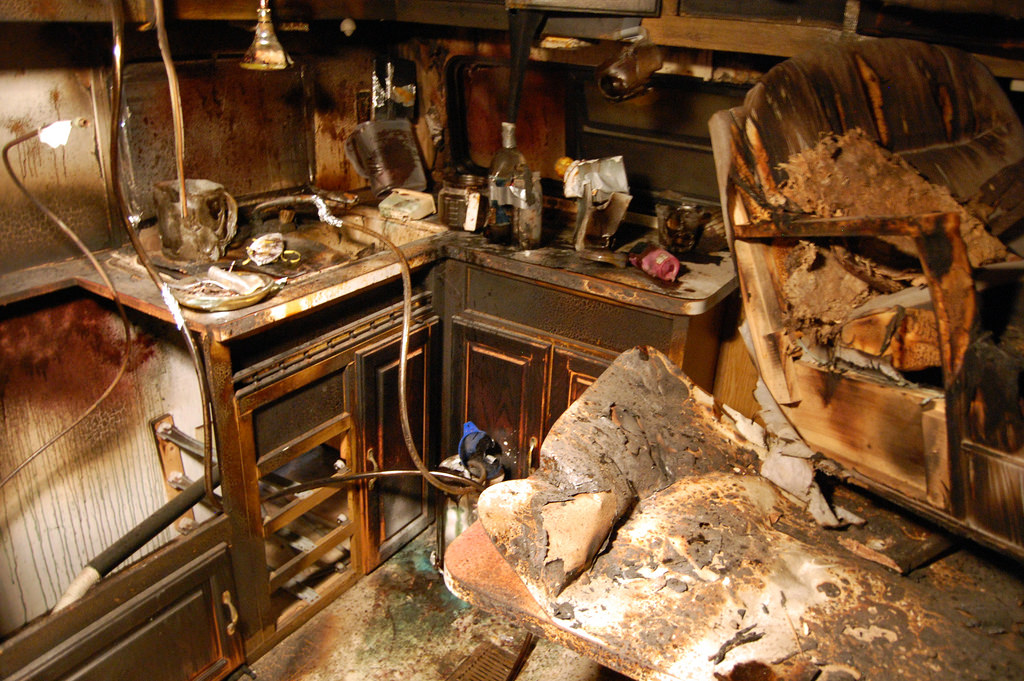 Insurance companies have been tweaking their policies to ensure New Zealand’s escalating meth problems don’t eat away at their businesses.

The question is, can property owners be confident they won’t be left in the lurch in the event of their tenants or home-invaders turning their properties into meth party venues, labs, or storage units?

New Zealand’s largest general insurer, IAG, has this month announced major changes to its policies, to be more prescriptive around what it will cover and what property owners need to do to ensure they qualify for cover.

While these changes have only just surfaced in its AMI policies, its personal underwriting manager, Ralph Hart, says IAG has largely been settling meth-related claims across all its brands and bank policies it underwrites (State, NZI, ASB, etc) to give its customers the best cover - even if this means referring to the new policy wording and not that of their existing policy.

Having done so since mid-last year, he says IAG has spent $14 million on meth contamination in the last year. It's received around 60 claims every month.

Yet IAG warns landlords should expect their annual premiums to increase by $40 to $130 a year to make up for some of these costs.

New Zealand’s second largest general insurer, Vero, last year made changes to its policies, likewise capping the amount of cover available for meth contamination and excluding cover from some of its policies. Tower and AA Insurance have followed suit.

So as insurers find a new equilibrium in the way they deal with a growing cost, how does their cover differ from one another? Here’s a summary to give you an idea:

There are a few things worth noting:

- Not all of IAG's policies meet the criteria above. While IAG says it's applying the benefits of the above across all its policies, what's in your policy is what is legally binding at the end of the day.

- IAG also provides landlords' liability cover to protect homeowners from claims from others for cross contamination. For example an adjoining neighbour whose property has also been damaged by the contamination of your property.

- The landlord obligations you have to fulfil to receive cover may be more prescriptive than you think. AMI’s rental property insurance for example requires landlords/property managers to do “internal and external” inspections of the rental house at least every three months.

It also requires you to keep photographs “and” a written record of the outcomes of each inspection.

It goes on to say landlords have to send tenants “written notification” if their rent is two weeks late, “together with a personal visit to determine if the tenant remains in the residence”.

AMI’s policy also states landlords should take care choosing tenants, and keep a written record of the pre-tenancy checks done. They go so far as to say “when a reasonable landlord would consider it appropriate”, they should also check a prospective tenant’s credit and Tenancy Tribunal history.

- You will only be covered for meth damage if the contamination occurs during the period of insurance.

The Insurance and Financial Services Ombudsman didn’t uphold a complaint earlier this year from a landlord who had their meth damage claim declined partially because they couldn’t prove the contamination was done when the property was insured.

The landlord’s policy lapsed eight months before they discovered the contamination. They argued the contamination was caused when the property was insured, as a person living in the house at that time had been convicted for possessing and supplying meth. However this couldn’t be proven.

Furthermore, the Ombudsman supported the insurer in arguing the contamination wasn’t “sudden”, as the policy stipulated it needed to be to be covered.

- Under most home insurance policies, you generally shouldn’t expect to get cover for meth damage while you’re the main occupier of the property - even if a visitor, house-sitter, your kids, etc causes the damage.

- Your property won’t generally be covered for any loss if it is unoccupied. Vero defines “unoccupied” as no one sleeping over there for more than 60 days. Vero will however provide cover if you notify it the property will be unoccupied and it agrees to provide cover, and the house and garden is kept tidy, the property is locked, all papers and mail are collected weekly, and the house is “under weekly supervision”. If the property is a holiday home, you also have to meet these conditions for it to be covered.

- Insurance cover for meth is a dynamic space, so there are likely to be further changes throughout the industry. Make sure you check the wording of your policy when it comes up for renewal and watch the space.

You know I'm really not surprised that a lot of Investors don't bother to rent out their properties. It's certainly worth investing in a good Meth detector/ alarm system.

I've said this before but I think the meth problem could hit landlords in another way; where discerning tenants begin to ask for the results of a meth contamination test before taking on the tenancy. We did when we rented our latest place and the landlord happily provided it.
Currently I suspect there's quite a few landlords out there who don't want to test in case the results are bad and they're forced to gut their house to remediate. As more people are forced to rent for longer, especially those who earn a decent salary, they'll begin to insist on a higher quality of product and evidence thereof. So if landlords want good tenants they'll likely have to start thinking about this. Of course there will always be landlords whose target market is the lower end of the quality tenant scale, but future legislation such as rental-WOFs could well catch them out.
I also wonder if there's a stigma that gets attached to meth houses, even after they've been fixed, especially for young families etc who might be looking to buy....

Meth test on properties is over rated and a money grabbing scam as most people starting to realise. (Except proper "p" labs of course.) If you worry about recreational p use contaminating a house on the walls, ceilings ..etc., your time will be better spent worrying about fleas, pests and mouldy houses. Contractors often reuse their paint rollers/brushes, therefore houses they paint must all been contaminated? Best start testing second hand cars too! Cancel your holiday hotels and motels cos they are all contaminated...?

One advise to all landlords/home owners who are thinking about testing their properties, make sure the testing sample the lab receives is the same sample from "your" property not from a p lab..

Really ? People should not even need this type of insurance cover if they manage their assets properly

Meth takes are deceptively ordinary. By the time you'd realise what's going on your property is already devalued by 100K. It takes time to get rid of someone too.

I had a house that tested positive last a few weeks ago. Positive composite test that is. Came in at 0.7 micro grams per 100 cm. (the current standard is 0.5)
We cleaned it with normal techniques then tested again. This time tested per room.
highest reading we got was 0.21
The big testing company who were involved in the first test advised going to the local council and all sorts of other scary stuff. It cost us a nothing to fix the problem and the cost of a second test which I can do for tiny percent of what the big boys charge.
Once the new standard comes in at 1.5 or 2 the scare will be over and we will be onto the next big problem.

Great article but you didnt consider the insurance that is offered through QBE, via REAL Landlord Insurance, a Landlord Policy only provided to landlords who have their properties professional managed by approved Property Managers. This provides the highest level of cover on the market, up to $35,000 on the property if the owner just takes out their basic Landlord cover, or $60,000 if the building is insured with them as well. They also cover an additional $5,000 in testing costs. They really do offer the best policy for landlords on the market and do so because they believe their risks are reduced by landlords having their property professional managed. The Property Managers have to attend training once a year to ensure they are complying with the terms of the policy, which means if a claim meets the policy terms, they always pay. They are simply brilliant.

This review of landlord insurance is meth-tastic - https://www.moneyhub.co.nz/landlord-insurance.html - if you've ever wanted to know the ins and outs on a rental and the insurance when it comes to meth, it is very much buyer beware!