All you wanted to know about investment management but were afraid to ask: Intermission

All you wanted to know about investment management but were afraid to ask: Intermission
23rd May 11, 9:21am
by Kevin Mitchelson 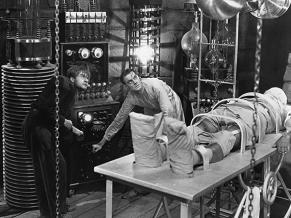 I had intended to move onto the next topic in the list below, external versus internal, but I realised that we needed to get some boring stuff out of the way first.

So let us repair to the bar for an intermission and discuss the various parties involved in bringing KiwiSaver schemes to life (apologies to Dr Frankenstein) before we return to the question that will hopefully be answered by the next installment, "Who actually manages my KiwiSaver money ?" and the implications it has for performance and cost.

Here are the various names that appear in KiwiSaver investment statements for parties that are involved in KiwiSaver schemes, in no particular order.

This is an example from the ANZ's KiwiSaver Scheme.

Let's take the easy ones first.

By law every KiwiSaver scheme has to have a trustee whose role is to look after the interests of the investors and are the legal (but not beneficial;that's you) owners of the assets of the scheme (your savings). They are also the issuer. Typically you are paying 0.05% to 0.10% per annum in trustee fees which, in my humble opinion, is just pure waste. The trustee is a legal hangover from olden times when they actually did take an active role.  One only has to look at the role trustees played in the finance company collapses to understand how outdated the concept is.

Again under the law every scheme has to have a promoter(s). These are the people who are instrumental in forming the plan for the scheme and are responsible for making sure that what is in the investment statement and prospectus is correct and fulfills the required legal standards.

Distributors are different.  Not all schemes have them and where they do, they are merely parties who "sell" the scheme to punters. They of course would have to comply with the various regulations around giving financial advice and distributing financial services products. Neither promoters nor distributors get fees directly from KiwiSaver contributors; however distributors who act as investment advisers may get commissions from the promoters.

Although they may be called different names, there are three separate roles here:

1. The entity that looks after the admin of the scheme, normally called the administration manager but can be called the manager. Administration fees, where they are charged explicitly, vary widely. Most schemes just charge a fixed dollar admin fee which ranges from $12 per year for the Kiwibank KiwiSaver Scheme and $63 for the Law Retirement Kiwisaver Scheme. They average around $34 per year.

Even very large institutions like AMP use other managers, for example for their AMP KiwiSaver OnePath Balanced Fund, AMP KiwiSaver Tower Balanced Fund and AMP KiwiSaver Tyndall Balanced Fund. And to be really picky, AMP actually uses a separate company, AMP Capital Investors, to actually do the fund management. That last point is not as anal as it seems because in the end someone has to pay for the actual people and systems to do the day-to-day management and believe me AMP Services (NZ) Limited (which is the administration manager, investment manager and principal promoter) will be paying AMP Capital internally. Investment management fees range from 0.20% of assets to 1.50% and mainly depend on the type of assets being managed. For example, simple cash fund management fees range from 0.20% to 0.40%, whilst aggressive funds (which invest in a lot of equities) range from 0.34% to 1.50%.

The investment management fees payable to the managers of the underlying funds in which Scheme assets (excluding Cash Fund and AMP Default Fund assets placed in bank deposits) are invested are met from the annual management fees outlined above.

Bear in mind that whatever the fund managers are being paid comes out of performance.

Coming soon: fund managers and how they fit into KiwiSaver schemes.

Kiwisaver is not a re-animator act but will be a disappearing act. "So sorry, but we didn't see THAT coming. Your 'investment' went down the drain. But thank you for the commission."

Welcome to the first lecture in this investment management 101 course....this lecture is on why paying for these lectures was a poor investment decision...and taking out a student loan to pay our fees was pure madness...we hope you enjoy the course...now turn to page one.!

Keep up the educational articles. :) I'll keep reading them.

The underwriters for Facebook will have learnt from LikedIn's IPO , and will not leave so much meat on the bone .  ............ . And LinkedIn was floated on a hefty price to revenue ratio . Expect Facebook to absolutely blow that out of orbit !

Facebook will be the highest octane IPO of the decade .... . And definitely not for the faint hearted . .......

....Us stodgey old  " Warren Buffett " types will  be  on the side-lines , politely " tut-tutting "  at the madness of it all , ...whilst selling seats and refreshments to the market participants wrapped up  within  the hurly-burly . .......

When are they thinking of floating?

April 2012 ......"  Facebook "  mentioned that date in a memo to Goldmoney Sacks , earlier this year , when they were raising capital from GS's high net worth clients .

I thought I was your furry little green friend GBH ?

People will start to talk Gareth.

As an aside I hear a rumour from the producers that Wolly and Bernard are being cast as the two old blokes on the balcony......

It is a rumour that I cannot deny.

Is anybody able to tell me what happens to my kiwisaver fund when I join the Police? I've been told the balance can be transferred to the Police super scheme but does that include all the Govt contributions and kick start too, or just my own contributions?

A friend who became a Boy in Blue , showed Gummy the police superannuation fund hand-book ...... and frankly , I was appalled at the poor performance of their three funds ( 3 years ago ) and at the high fees charged by the managers ........ downright robbery  !

Thanks Gummy, but the police scheme is compulsary so no point having kiwisaver as well, besides, they give more than what you get in kiwisaver so its better off I believe. I had a look at the performance of the last year in the booklet its been pretty good compartively.