KiwiSaver Q&A: I am changing jobs and my new employment package is based on commission. Do I still qualify for KiwiSaver contributions from the boss?

KiwiSaver Q&A: I am changing jobs and my new employment package is based on commission. Do I still qualify for KiwiSaver contributions from the boss? 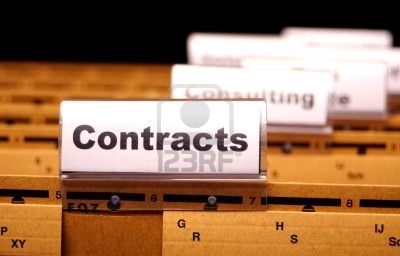 Hi. I'm really hoping that you had this sussed before your first day of work as it's a matter that should have been ironed out well before hand.

Technically speaking, employers are required to pay KiwiSaver contributions on top of salary AND commissions if you have an employer/employee relationship as defined by the use of the PAYE system.  If you are a contractor, then compulsory employer KiwiSaver obligations won't apply.

Even as a commission-based PAYE processed employee, it is still possible you might not be eligible for KiwiSaver contributions. Through something called "good faith" bargaining, KiwiSaver contributions are not necessarily compulsory for your employer if you have an agreement to that effect -- in advance of  you starting work.

The KiwiSaver Act (as it stands) allows for employers and employees to strike a deal outside of KiwiSaver, so you can negotiate higher pay in lieu of, or more time off in lieu of, or free child-care or what have you. Oops, I must be dreaming about that last part, but you get my drift.  The Act allows for some flexibility but this is not a one-way street. Everything needs to be on the table, discussed and agreed to,up front, by both parties.

If you are being paid through the PAYE system and you are on a commission and you didn't expressly have this conversation, I am told that the "default" position would direct your employer to pay on top of commissions. As for the amount, the minimum baseline of 2% would still apply.

I consulted with Workplace Savings NZ  chairman David Ireland who advises that the amount would fluctuate along side what you are earning and paid for - which bodes well if you are good at your job.

Ireland's advice for both you and your employer?

"You just want to be absolutely clear before you commence the relationship exactly what the implications are going to be from KiwiSaver.''

Even for salaried employees, clarity around that issue is going to become increasingly important.

That's because starting in April 2013, employer compulsory contributions will be increasing to 3% to compensate for declining Member Tax Credits which this month reduce to $10 a week up to a maximum of $521a year. Employees will also be required to pay the 3% as well. And in April of 2012, you'll also begin paying tax on your employer contributions as well.

I'm guessing if you are a skilled salesman or saleswoman, your employer is unlikely to want to be paying 3% on top of commissions but perhaps you'll have earned that so they won't mind in any event. The key is obviously knowing what the deal is before you go about business.

If you're looking for a free and second opinion on all this, best to check with your KiwiSaver provider. Ask to speak to one of their Authorised Financial Advisers. In theory, an AFA has more schooling and experience so should be better able to advise you on this matter.

Here's some links that you might find helpful in this regard.

Do you have a question about your KiwiSaver? Have a look at our archive of Q&As generated from our readers so far or send us an email.

Your anonymity is guaranteed.