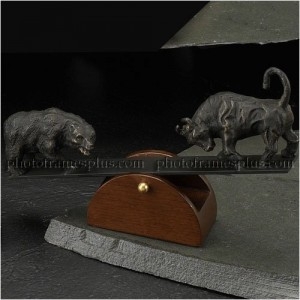 It stands to reason why fund managers maintain a cheery disposition regardless of market volatility -- they need to for the sake of business.

For that reason, their views are sometimes regarded with suspicion.

Following one of the most volatile two weeks sharemarkets have experienced since the global financial crisis (GFC) of 2008, I decided to check in with a few to see if their patented optimism was wavering, and if not why not.

As evidence, he pointed to the following companies and their yields (based on Aug. 9th prices)

"That would be the high yielding companies in the top group of the sharemarkets,'' said Gaynor of the companies named above.

Gaynor said investors needed to bear in mind that despite sharemarkets having been savaged, many of the companies listed on them remained fundamentally in good form, which would explain the dramatic swings and rallies.

"What happens in a down market like this is every stock gets hammered. The good ones as well as the bad.''

An upside to down markets is the creation of good buying opportunities for bargain hunting investors - and fund managers - who could spot a good deal, he added.

"I think you'll see a bit of cherry picking now on these types of companies over the next few days,'' said Gaynor.

"They're not going to set the world on fire, they're not growth companies but they're companies that have good businesses and are offering very high dividend yields. If they keep those dividends, people will get a very good running return with the prospects for some capital gain.''

Gaynor said panicked and reactionary investors tended to lose their perspective in the face of general movements in the markets.

"The sharemarket is just a name for something that is made up of individual investments; even during the GFC, 80% did poorly and their share prices went down but there were 20% that did well. When the recovery came, 80% went up and 20% went down, so there are always 20-25% in shares that are likely to go the opposite way.''

Gaynor believes nimble investors will be able to ride the storm.

"I'm not a great believe that people should buy shares and just hold them. I think those days are over but even though the sharemarket is likely to go through difficult times over the next few months, there are opportunities.''

"The corporates aren't the culprits"

While recent movements on the markets echo what happened in 2008, she said the situation this time around was markedly different.

"My view is that the markets this time are a casualty rather than a cause. In the GFC, the corporates were the culprits, this time around the volatility is a result of a lack of investor confidence and concerns about sovereign debt.''

Moreton said investors needed to take a deep breath, wipe emotion from their decision making and try to maintain some objectivity when assessing their portfolios.

"If you look beneath what's going on in the markets, with the companies that have lost significant amounts of value in the last two weeks, you have to ask if they are any differently positioned than they were two weeks ago. I think you'll find that generally is not the case.''

"In New Zealand we have some companies that are exposed to overseas economies and therefore lack of growth in those economies may impact on the bottom line. But the other side of it, is that they are companies in New Zealand that are ring fenced into the New Zealand economy that are probably going to perform quite well in a few years.''

Looking past the moribund outlook among some commentators, Moreton said there was strong evidence of continued strength among the corporate sector. Yields were one of the best indicators, she said.

"Obviously, we're not going to buy stock purely for yield, but it gives a clear indication of earnings growth if yields continue and are maintained by companies with growing share prices.''

"A great example of a company that actually has low yields but is very consistent is Ryman Healthcare. Right from when they first issued, they’ve had a 3% dividend yield but the share price has risen dramatically over that time which indicates the dividend payments have also grown over that time because the company’s earnings have grown over that time.''

Going forward, Moreton said the building sector was one to watch for growth in earnings, as well as Vector and Mainfreight.

"It's just important to evaluate companies on those individual fundamentals, rather than be overwhelmed by markets that seem incredibly volatile at the moment.''

Equities just got a lot cheaper

"We've known for a while that the US and Europe were in slow growth, strained recovery and the politicians were not doing a particularly good job of articulating their long term plans for consolidation.  They haven't been getting the balance right on fiscal consolidation and growth.''

That said AMP Capital is focusing on medium-term fundamentals for long-term investors.

"Obviously we don't just talk about that once every three years, we meet every fortnight and discuss what our three-year view is. And as I said, recent events haven't changed that other than to say that before the sell off, we thought that equities were already cheap. And essentially what has happened over the last couple of weeks, is that they just got a whole lot cheaper.

"The big question for us to decide, is at what point we decide to put an overweight back on the equities market.''